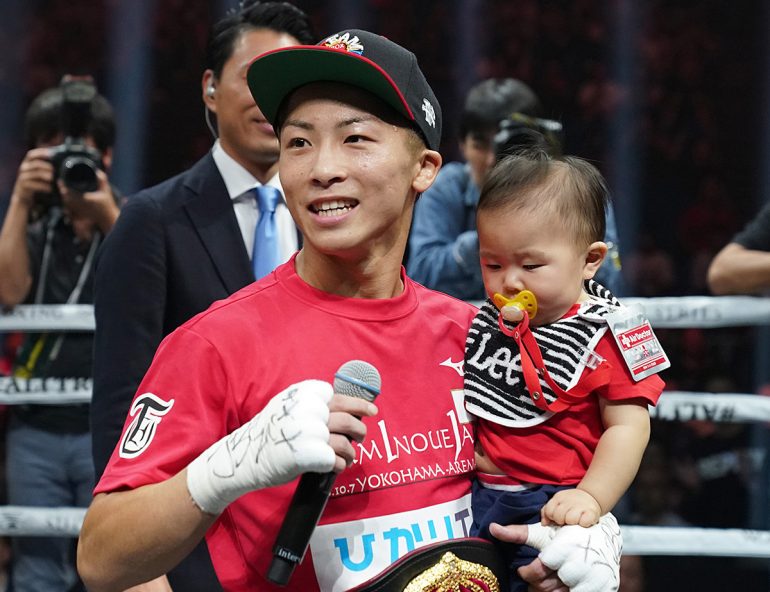 The Monster is moving up in the rankings. Photo / Naoki Fukuda
10
Oct
by Doug Fischer

Naoya Inoue’s bantamweight debut – a first round stoppage of perennial contender Jamie McDonnell in May – wasn’t fully appreciated by some members of the Ring Ratings Panel because of the Englishman’s struggle to make weight. 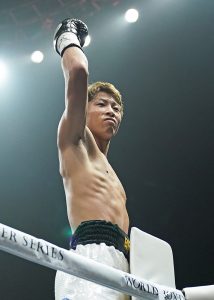 Inoue is not The Ring’s No. 1-rated bantamweight. Photo / Naoki Fukuda

However, the 25-year-old Japanese star’s second bout at bantamweight – a 70-second KO of Juan Carlos Payano in the opening round of the World Boxing Super Series 118-pound tournament on Oct. 7 – was unanimously appreciated by the Panel, so much so, that most suggested Inoue (17-0, 15 knockouts) replace fellow-WBSS participant Zolani Tete at the top of the bantamweight rankings AND also move up a notch in the mythical rankings.

“No questions remain about Inoue at this weight anymore in my opinion,” Panelist Martin Mulcahey said. “I vote to move him up to No. 1 over Tete.”

Panelist Adam Abramowitz brought up the pound-for-pound rankings, noting Inoue’s track record against current and former beltholders in the lighter weight classes that he campaigned in.

“I think Inoue should move up in the pound-for-pound,” Abramowitz said. “I would place him over Mikey Garcia. Inoue has destroyed champions or past champions in three divisions and was a legit No. 1-rated fighter in retrospective weight classes (108 and 115). He’s kept it rolling at 118 pounds, knocking out a secondary titlist (McDonnell) and a former champ (Payano) in less than a round. This is the essence of ‘pound for pound.’”

“No argument from me,” said Mulcahey. “Yes, I forgot about P4P and would have Inoue over Garcia on style points.”

Associate Editor Tom Gray: “I’d have Inoue up one spot to No. 6. I want to take him higher, but I just can’t.”

Panelist Anson Wainwright: “Inoue should move up one place in the pound for pound… (No. 8-rated) Srisaket Sor Rungvisai maintains his position with a workmanlike win.”

Pound-for-Pound – Inoue moves up one spot, from No. 7 to No. 6, switching places with Mikey Garcia.

Light heavyweight – Artur Beterbiev remains at No. 7 after an up-from-the-canvas stoppage of game-but-outgunned Callum Johnson. Some Panel members wanted to advance the IBF beltholder as high as No. 4, but Editorial Board member Tom Gray brought them back to earth.

“Artur Beterbiev had a wobble but proved himself too strong bouncing back from a flash knockdown to win impressively,” Mulcahey said. “Callum was not a big test though, but I would still put Beterbiev at No. 4 above Badou Jack.”

Said Anson: “Beterbiev stopped Johnson in four rounds to retain his IBF title. Up to No. 5, only thing hurting him is the inactivity.”

Said Gray: “Call me harsh, but Beterbiev got knocked off his feet by a 7-1 underdog. He doesn’t fight enough for me to justify a significant upswing after that. He’s an excellent fighter but I want to see more from him.” 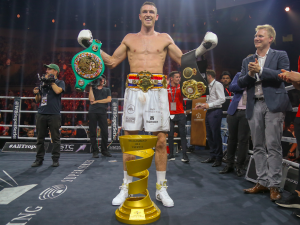 Welterweight – Jessie Vargas drops from No. 7 to No. 10, after being held to his second consecutive draw against unrated Thomas Dulorme. Egidijus Kavaliauskas moves to No. 7. Yordenis Ugas moves to No. 8, Jeff Horn remains at No. 9.

Junior welterweight – Kiryl Relikh remains at No. 4 after scoring a close unanimous decision over Ed Troyanovsky, who drops from No. 6 to No. 9.

Junior lightweight – Jhonny Gonzalez drops from the rankings after a decision loss to Tomas Rojas. Shavkatdzhon Rakhimov (13-0, 10 KOs), of Russia, enters at No. 10.

Junior featherweight – Daniel Roman remains at No. 4 after a 10th-round stoppage of Gavin McDonnell.

Bantamweight – Inoue moves from No. 2 to No. 1, switching places with Zolani Tete, after icing No. 5-rated Payano, who drops out. Luis Nery, who scored a third-round TKO of Jason Canoy, is reinstated at No. 5.

Junior bantamweight – Jerwin Ancajas drops a spot, from No. 3 to No. 4, (switching places with Kazuto Ioka) after being held to a draw by unrated Alejandro Barrios.

Flyweight – Kosei Tanaka advances to No. 2 with his hard-fought WBO-title-winning majority decision over Sho Kimura, who drops to No. 6. 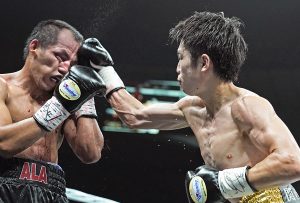 Junior flyweight – Ken Shiro moves from No. 2 to No. 1, switching places with Ryoichi Taguchi, after scoring a seventh-round stoppage of Milan Melindo, who drops from No. 4 to No. 9. Former strawweight titleholder Hiroto Kyoguchi enters at No. 8.

Strawweight – Kyoguchi, who is now campaigning at junior flyweight, exists the rankings. Tsubasa Koura moves up one spot (No. 9 to No. 8). Mark Anthony Barriga (9-0, 1 KO), of the Philippines, enters at No. 10.