Is Jarrell ‘Big Baby’ Miller in the Joshua hunt after flattening a faded Adamek? 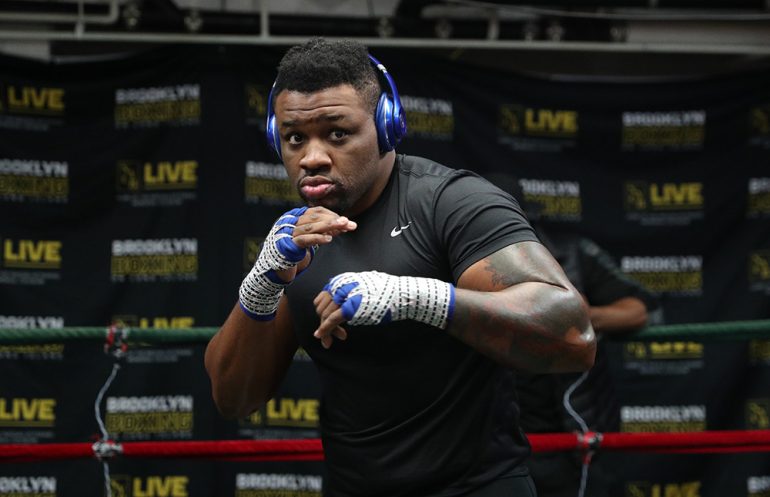 Jarrell “Big Baby” Miller showed that he can carry more than 300 pounds on his frame, still move his feet and his fists and get ‘er done in Chicago on Saturday night.

Now, to be fair, Miller was facing off against past-past-his-prime hitter in Tomasz Adamek, the 41-year-old Pole who held a cruiserweight title nine years ago and a 175 crown before that. So, it’s not like Miller, promoted by Dmitriy Salita, was meeting one of the top-tier heavies in the sphere. That said, he impressed the callers who worked the DAZN show, including blow-by-blow man Brian Kenny, and analysts Sugar Ray Leonard and Sergio Mora. None of the three busted Miller’s chops for being “too heavy,” and Leonard marveled that the big lad shows a nimbleness afoot.

Salita told Everlast that “Jarrell did a great job with a veteran that’s a former champion. He did what he’s supposed to do. The way he accomplished the goal, the way he did it, impressed people. He’s the busiest top-10 heavyweight over the last 14 months, and getting better each fight. The WBA situation (Miller fighting Fres Oquendo for the WBA “regular” belt), we’re working on that now, for the next fight. We want it before the end of the year. Jarrell barely broke a sweat; he’s healthy and strong and didn’t take any punishment.”

And looking further down the line … is Salita assuming we see Anthony Joshua vs. Dillian Whyte next, on April 13, 2019, for Joshua’s next matchup? “I think that’s a possibility, from what I’ve been hearing. A strong possibility. But I think Jarrell, if he gets that fight before the end of the year and is as impressive as we think he will be, he puts himself into the mix as well for April 13. He’s been very impressive the last four fights against world-class opponents, and his personality and where he’s from contribute, so you can imagine what the promotion would look like!”

And while we have him, what about Salita’s female ace, Claressa Shields? “We’re working on a fight for Claressa, and we will have Shields vs. Christina Hammer that will take place next year (originally scheduled for mid-November before Hammer pulled out). Hammer is a world champion, she took tests and wasn’t feeling well. She wants to be one hundred percent. In sports, these things happen, we want both to be one hundred percent,” said Salita. The promoter would like Shields to fight again before the end of the year and is looking at foes and TV slots.

My three cents: I’d be all in to see Miller get the April 13 Wembley Stadium scrap against Joshua. I’d rather AJ fight here, but he likes his home cooking and fighting in front of 80,000 rooters, so who can blame him? But Miller, the charismatic American, would be a better fit than Whyte if the object is to help more Americans get AJ on their radar screen before a fight with Deontay Wilder. Yes, we know, Tyson Fury is keen to screw up those plans, so everyone will be watching to see how matters play out December 1, when the Alabama bomber fights the Gypsy King in LA, and on pay-per-view.