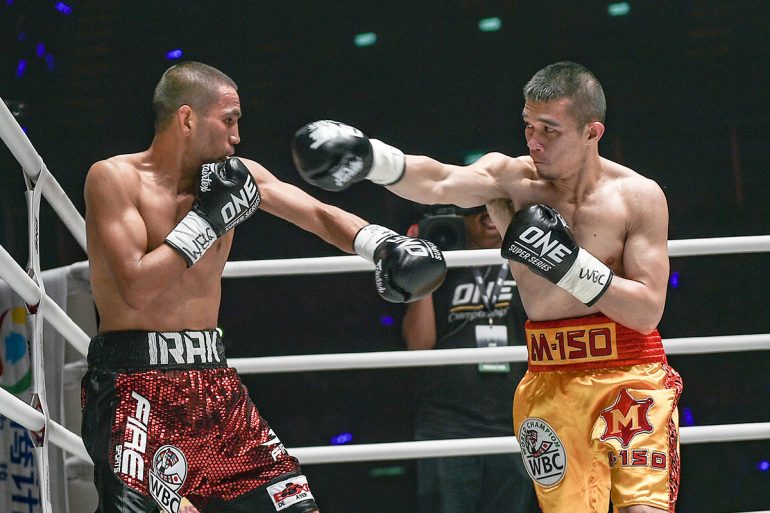 The popular Thai was too strong for Diaz (14-3-4, 6 KOs), who tried to employ lots of lateral movement, but the champion relatiated with a withering body attack that threatened to bring the fight to an early conclusion.

However, Diaz was nothing if not courageous. He had his moments, but they were all too fleeting.

Sor Rungvisai, who is rated No. 8 on The Ring’s pound-for-pound list, never looked in doubt; it was just a matter of whether he would get the stoppage.

Diaz was cut over the left eye in the ninth and then the right eye in the penultimate round. Sor Rungvisai consistantly stalked and used his edge in strength to push Diaz backward.

To his credit, Diaz showed a big heart and heard the final bell.

“Iran Diaz was really tough tonight. I knew when I was fighting him that his intention is to come and get my belts, but I’m happy I could keep my belt.

“It was great, it was so amazing, I never thought we could have this type of atmosphere in Thailand. It does give me extra power from the all the Thai fans, and it definitely makes a difference.

Before focusing on his next fight, Sor Rungvisai’s immediate future is booked.

“I have plans for a wedding,” he said. “When I am done with my wedding, I will come back to the training and I will fight. Right now I want this to keep happening again and again in Thailand.”

Bank Thainchai Pisitwuttinan of Nakornloung Promotion (NKL), co-promoter of the fight with One Championship, was pleased with the win and only had one slight disappointment.

“I think it was great, [but] we were expecting a KO. It didn’t happen,” admitted the promoter. “Diaz was fighting going backwards quite a lot, so it was difficult in that sense.

“In terms of Srisaket’s place in the pound-for-pound list, I think today he showed a different set of skills that he might not have chance to show in his past fights. I think showed he can have a good defense; in that sense I think he showed he is a more complete boxer. The body attack was brutal, we were surprised Diaz stayed up.”

The event was One Championship’s first foray into boxing. As well as the main event, there were 13 MMA, kickboxing and Muay Thai fights on the undercard.