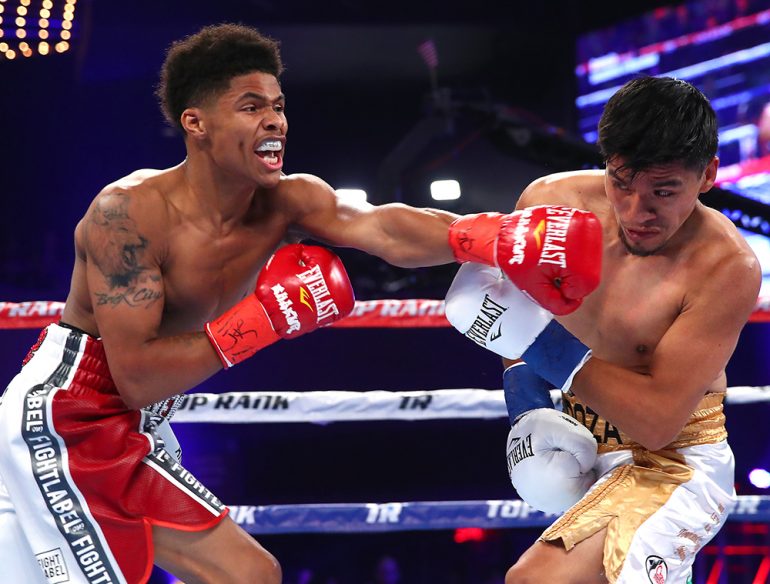 The 10-round bout will take place at the CHI Health Center in Omaha, Nebraska and will precede the world title bout between WBO titleholder Terence Crawford and unbeaten challenger Jose Benavidez.

Stevenson (8-0, 4 knockouts) will be fighting in his first scheduled 10-round bout. In his most recent outing, on Aug. 18, the 21-year-old boxer-puncher won a one-sided eight-round decision over former junior lightweight contender Carlos Ruiz of Mexico.

The southpaw Stevenson is co-managed by James Prince and Andre Ward.

“The world is going to going to see the real Shakur Stevenson on Oct. 13,” said Stevenson, who won a silver medal for the United States at the 2016 Olympic Games in Rio. “With my team, Top Rank, and ESPN behind me, I should be world champion in 2019.”

Stevenson will have a four-inch height advantage over his opponent.

The 32-year-old Vue (14-1-2, 4 KOs), who resides in Madison, Wisconsin, defeated Nehomar Cermeno on Apr. 28. He has won his last two fights since suffering his only loss to Alejandro Salinas on Sept. 26 of last year.

Top Rank also announced that a handful of contenders and prospects will fight on the undercard, which will be streamed live on ESPN+ (7 p.m. ET/ 4 p.m. PT).

Light heavyweight Steve Nelson (11-0, 9 KOs), who resides in Omaha and trains alongside Terence Crawford, will square off against Oscar Riojas (17-10-1, 6 KOs) in an eight-round bout.