Prince Naseem Hamed: ‘I favor Callum Smith to win simply because he doesn’t have a shoulder injury’ 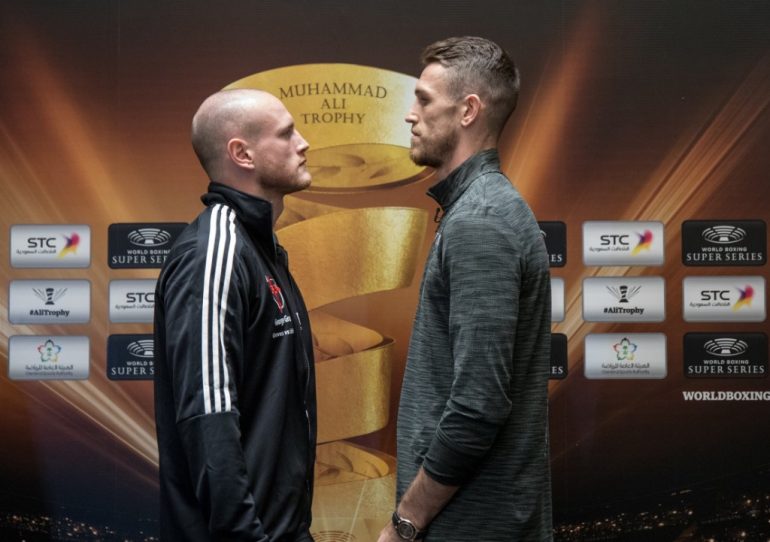 JEDDAH, Saudi Arabia – It’s almost crunch time in the desert for George Groves and Callum Smith, and the boxing luminaries are out in force.

Former unified featherweight champion Prince Naseem Hamed is in town to provide punditry for the World Boxing Super Series super middleweight final which is being contested on Friday at the King Abdullah Sports City.

At stake with will be Groves’ WBA super middleweight title, the vacant Ring Magazine championship and the coveted Muhammad Ali trophy. Groves is favored to prevail but opinions vary, and the charismatic Hall of Famer was habitually honest when it came to breaking down the matchup.

“George has got heart and I like that, but I’m not crazy about the way he fights,” said Naz in an interview with The Ring. “Sometimes he looks negative, although there are times when he comes out explosive and looks absolutely amazing.

“The other thing I like about George is that he says things before fights and goes in there and does them. Even though he lost to (Carl) Froch, he said he’d put him down and he went out there and put him flat on his back (fight one). That reminds me of myself. There are certain parts about George I do like and certain parts I don’t but, overall, he’s a good fighter.”

Smith is a boxer-puncher who likes to attack the body and, like Groves, he can hurt an opponent with either hand. However, Naz feels the challenger’s dimensions and the timing of this contest are paramount.

“I know that Callum is a tall lad who can box at distance,” said the ex-champion. “He has the attributes to win a 12-round decision, but the main reason I favor him to win is simply because he doesn’t have a shoulder injury. He’s coming into this fight fresh with a huge amount of preparation.

“On paper George wins the fights, but has he recovered from the dislocated shoulder? We don’t know, so let’s see. I just think Callum will keep it long and box safe. He’ll keep it clean-cut, avoid a war and have the jab in George’s face all night. It’s a good fight, and a good final, but that’s the way I think it goes.”