Tony Bellew: Everyone writing me off against Aleksandr Usyk, and that’s what I want 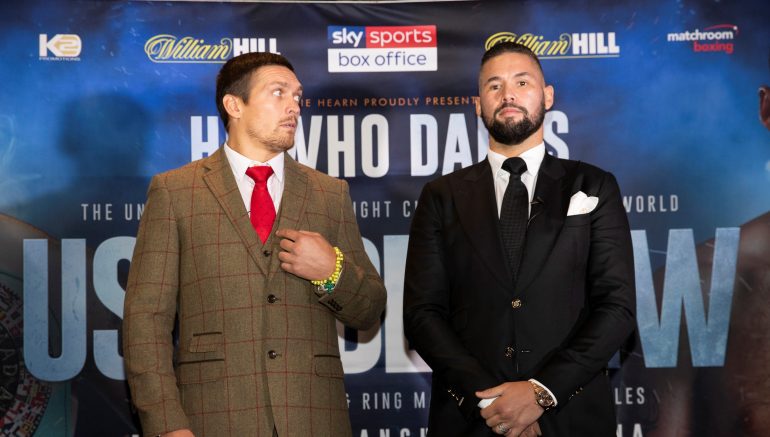 Impassive versus impulsive – or is it?

On Monday, undisputed cruiserweight champion Aleksandr Usyk and challenger Tony Bellew came together at the official press conference announcing their eagerly anticipated showdown which takes place at the Manchester Arena in Manchester, England, on Nov. 10.

Over the course of just 15 fights inside five years, the Ukrainian southpaw has claimed IBF, WBA, WBC and WBO championships away from home. In his most recent outing, Usyk was punch-perfect in a 12-round unanimous decision win over the previously undefeated Murat Gassiev in Moscow.

“I’m sure this won’t be an easy fight,” said Usyk, who remained stoic throughout proceedings. “I’m really glad to come back to England, the country that gave me the chance to get trophies in the past (including Olympic gold at London 2012).

“I’m actually not thinking about Tony Bellew at this moment. I’m just concentrating on my training camp, and I’m thinking about all the challenges I have to overcome in training.

“I chose Tony Bellew because he is the man who takes the biggest challenges. He will fight to the end. These are the kind of fights the world wants to see.”

Bellew won the WBC cruiserweight title by knocking out Ilunga Makabu in May 2016. The Liverpool man defended once before making the audacious choice of moving up to heavyweight.

Written off twice against former cruiserweight and heavyweight champion David Haye, Bellew tore up the script to produce a brace of stoppage victories over his countryman.

“Everyone asks why (I’m taking this fight),” said Bellew, who will once again be the underdog. “I was on my honeymoon watching Usyk beat Gassiev on my mobile phone. After the fight, he committed the ultimate sin – he said my name.

“The world is writing me off and that’s what I want. I’m going up against the monster, the man the world thinks can’t be beat. He’s looking past me to heavyweight. I know he is. He said I’m arrogant, but I’m not. It’s just, for the first time, he’s looking into the eyes of a man who can beat him.

“I have no disrespectful things to say. I’m a fan, and he’s amazing at what he does. But he’s going to learn that I have something that none of his other opponents had. I have the ability to switch off the lights. Just one mistake, one wrong maneuver is all I need.”

As Bellew spoke, Usyk stared daggers at the habitually loquacious challenger who, surprisingly, remained calm and cool throughout.

The bout is being promoted by Eddie Hearn’s Matchroom Boxing and will be televised by Sky Sports Box Office in the U.K. and DAZN in the U.S. 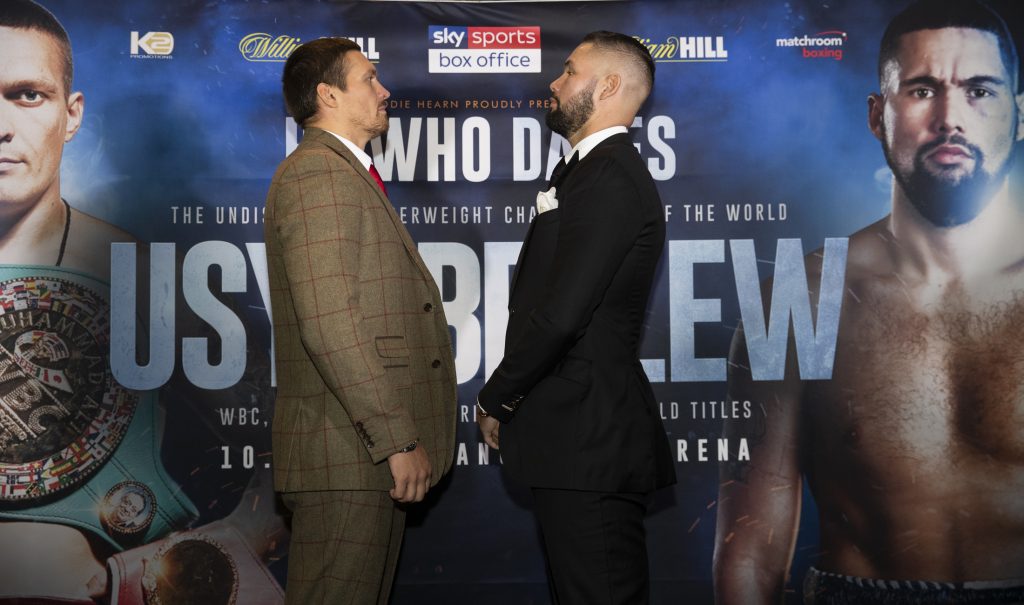 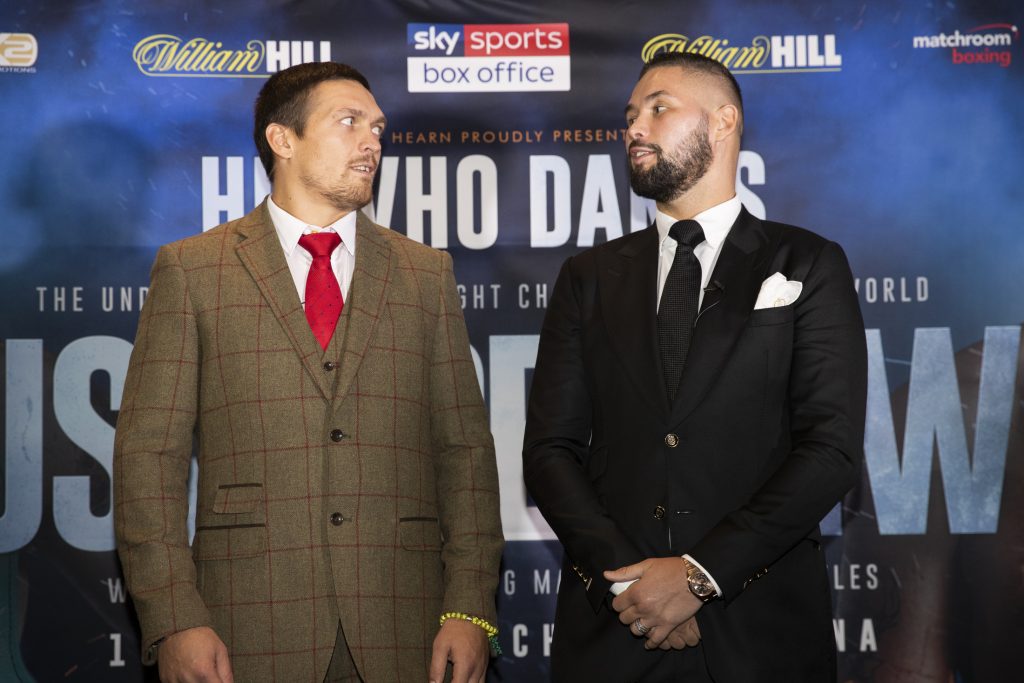 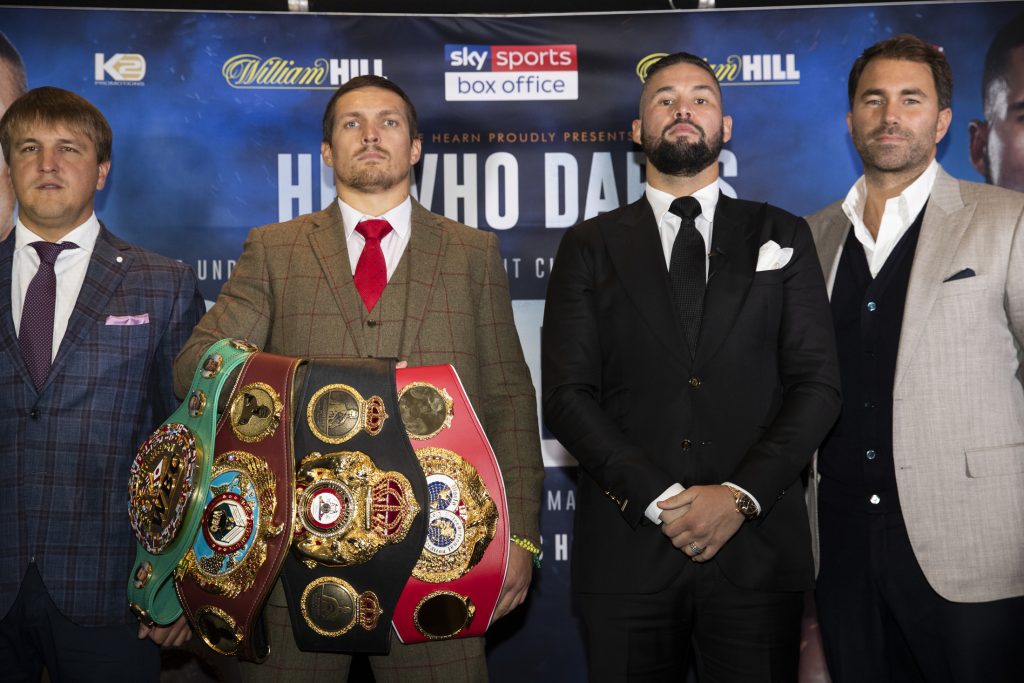