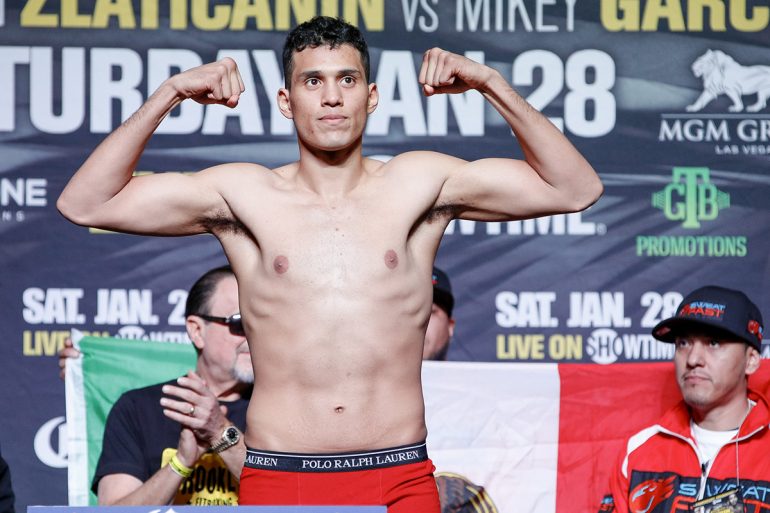 David Benavidez, the youngest titleholder in boxing, is once again embroiled in drama.

Four months after he was the focal point of a promotional dispute, the 168-pound beltholder has now tested positive for a banned substance, WBC President Mauricio Sulaiman announced via Twitter.

Benzoylecgonine, the central compound found in cocaine, was found in Benavidez’s system during a random doping test conducted in August by the Voluntary Anti-Doping Association, multiple sources with knowledge of the results told The Ring. The finding was collected as part of the WBC’s Clean Boxing Program.

“The WBC has begun the protocol and investigation on these out-of-competition adverse findings for recreational drugs,” Sulaiman told The Ring.

The 21-year-old is slated to make the second defense of his super middleweight title against Anthony Dirrell later this year, but Benavidez hadn’t yet begun training camp when a small amount of cocaine was found in his system, and camp for the fight hadn’t yet kicked off.

He could face a fine and even suspension for the positive test, depending on what the WBC finds. Cocaine is a water-soluble substance and its half-life is 24 to 48 hours, meaning Benavidez must have used the drug one day or two before the test. Lineal heavyweight champion Tyson Fury is the most notable fighter to test positive for cocaine in recent years.

Benavidez (20-0, 17 knockouts) won the title with a split decision victory over Ronald Gavril in September. The fight was one of the best of the year, but when they met again in February, Benavidez brutalized his foe over 12 rounds and left no doubt.

He was slated to make the second defense of his title against Matt Korobov on July 28 on the Showtime-televised undercard before Mikey Garcia-Robet Easter, but those plans were scrapped over a pending legal battle between Top Rank and Sampson Boxing.

Benavidez, who resides in Portland, Oregon, signed an extension with Sampson Boxing in November. However, Benavidez later signed a promotional contract with Top Rank in May. Before the dispute could reach court, Benavidez returned the $250,000 signing bonus to Bob Arum and Co, and the issue was settled. He remains with Sampson Lewkowicz.

It’s unclear at this time if Benavidez’s upcoming title defense against Dirrell will be affected by the evidence of cocaine in his system.