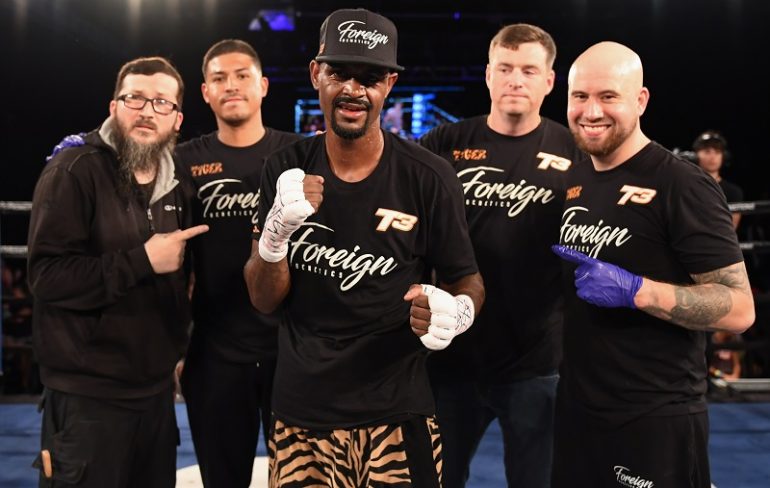 PHILADELPHIA, PA – Terrel Williams wrestles with it. It’s not easy grasping the myriad tentacles of the subconscious. It’s like a recurring nightmare that never goes away. He knows it. His name has become synonymous with Prichard Colon and that will never end as long as he fights.

So, Williams persists. He fights. He prays. And he tries to move forward.

Last Friday night at Philadelphia’s 2300 Arena came another step in the 34-year-old welterweight’s own healing process. Williams, from Woodland Hills, California, took apart David Grayton, from Washington, D.C., in an emphatic 10-round unanimous decision, knocking his southpaw opponent down twice in driving his record to 17-0 (with 13 knockouts). 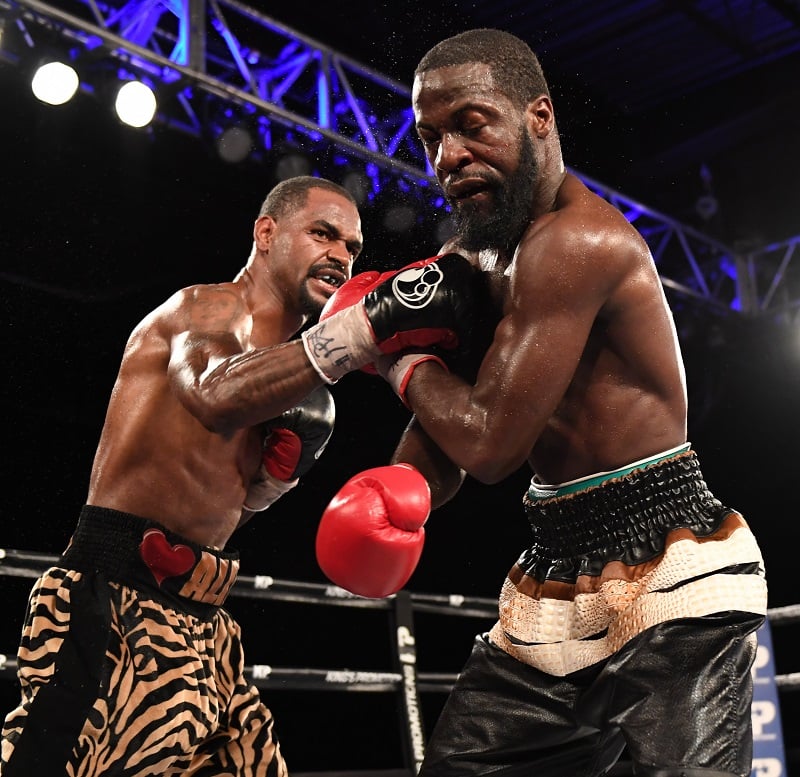 Williams’ eyes often peek back into the rearview mirror, back to October 17, 2015, at the EagleBank Arena, in Fairfax, Virginia. That’s when Williams beat Colon, a rising prospect, on a ninth round disqualification, after Williams knocked Colon down twice and Colon’s corner removed Prichard’s gloves mistakenly thinking it was the 10th and final round.

It was a nasty, ugly fight on both sides. Colon was deducted two points for a low blow by referee Joseph Cooper and Williams was subtracted a point for rabbit punching.

After the fight, Colon slipped into a coma for 221 days and subsists today in a persistent vegetative state, confined to a bed and requiring a wheelchair to move.

There may, however, have been two victims that night: Colon, stricken with brain damage and Williams, weighed down with guilt for putting him there.

“I’m taking things one day at a time, walking my walk,” said Williams, who is on indefinite suspension from the Pennsylvania State Athletic Commission after the Grayton fight because of an injury to his right hand. “I pray for Prichard every day. That’s never going to change. I wish him nothing but peace and health. No one wants what happened to Prichard to happen to anybody. All boxers are brothers. I would never intentionally harm someone like that.

“But there has been a lot of malicious stuff that’s being said about me, especially from the Colon family. If that is how they’re going to cope with it and it helps them heal, then that’s what it is. I’m still healing too. I’ll be healing for the rest of my life. I honestly never wanted to fight again after that fight. I understand and I know I didn’t do anything wrong that night. Prichard was a young man with a bright future, who was going to contribute good things to the world. That’s been hard on me. 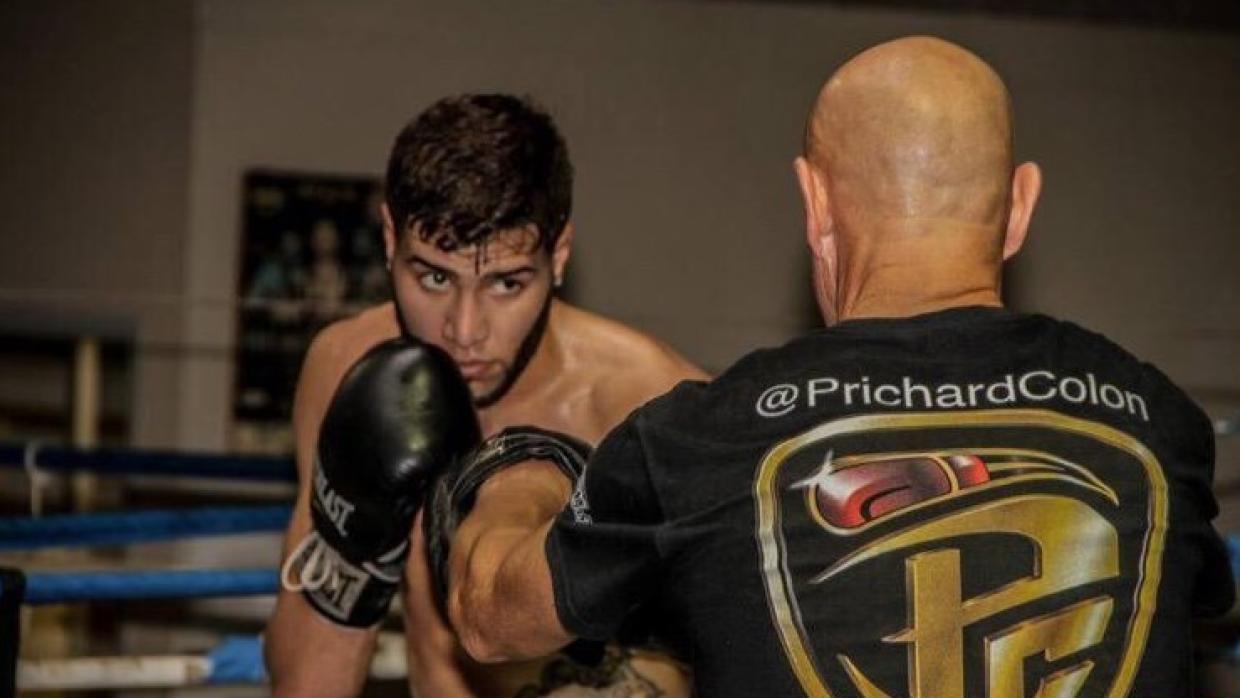 Williams continued, “I don’t place any blame on myself. I prayed about it. I wish the young man really well. It’s a hard situation on me and a hard situation on Colon’s family. We were in a hard, tough fight. Things happen in boxing. It’s a contact sport. Do I wish that had happened to Colon? Of course not! I’m a man of faith and I know I’m a good man. I pray and I may not have all of the answers but I am walking in the right path. One thing I won’t do is question God. Things happen.”

Williams admitted the Colon tragedy forced him to question God and his faith, that why did this have to happen to him?

He took the Colon fight on 14 days. He won. It was controversial and Williams feels it cost him.

Al Haymon, his manager, has stood by Williams through the controversy and Williams is grateful for that. He’s had two fights in two years since the Colon bout.

“But other than Al, I think I’ve been blackballed by the sport,” Williams said. “I believe in myself and I believe in my ability. I don’t care what anyone says and they can say what they want to say. They don’t know me. They can judge me but they don’t walk in my shoes. Unfortunately bad things have happened in boxing.

“I was painted as a dirty fighter. I’m not. Tonight beating Grayton was great. It’s the second fight in two years and I went in there and did what I had to do. I knew Grayton was going to bring it. He changed his trainer to Kevin Cunningham and he kept coming. I want to get in the ring again this year. I want to fight four, five times a year. I’m 34 years old. The clock is ticking. 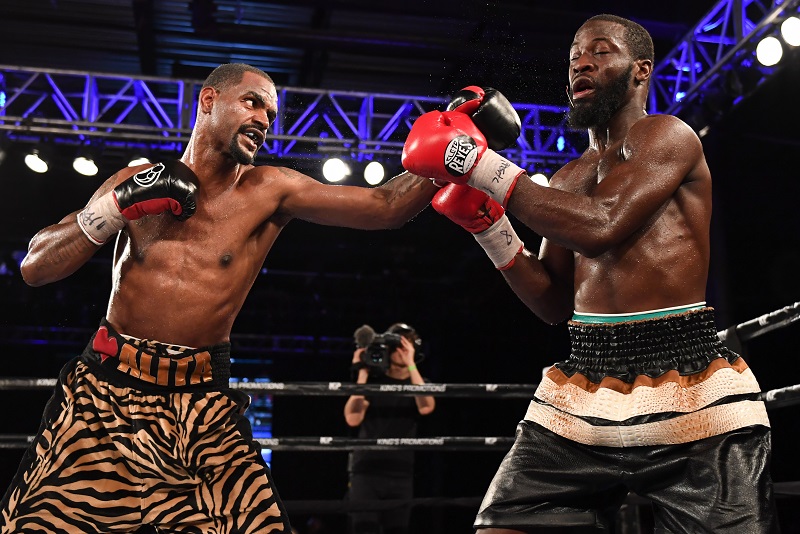 “My job is boxing. I don’t drink. I don’t smoke. I’m a good family man,” Williams continued. “Hopefully I’ll get another fight before the end of the year. I’m fortunate to have someone like Al behind me.

“I never told anyone else this before: I probably knew what happed to (Colon) before anyone knew. After the fight, we went to the back room and, as I was taking my post-fight drug test, the guy taking the test says to me, ‘Sit in this room and don’t go out there. The young man you fought is hurt.’ I asked what was wrong with him. He said, ‘I don’t know but it’s bad.’ I wanted to go to the hospital and check on (Colon) to make sure he was OK.

“I was told no. I’ve made attempts to reach his family,” said Williams. “I found out the next day on social media, he had a brain bleed. There was all of this social media negativity and I tried not to pay attention to it. I wanted to talk to his family. I have three boys myself, 4, 2 and a newborn. I’m putting my focus into raising my family.

“The best thing that ever happened in that fight was that it was stopped after nine rounds. I don’t want to think about what could have happened if that fight went one more round. That fight haunts me every day. I have to walk my walk and be the best man I can be. At the end of the day, we were both doing something that we love to do. I have no problem with the Colon family protesting me. More power to them. I still want to talk to Colon’s family. It will probably never happen. I’ll leave everything up to them. I didn’t want to hurt that kid but I can’t sit around and sulk. I have to move on. Though there isn’t a day that goes by when I’m not thinking of him. I’ll be thinking of Prichard Colon every day for the rest of my life.”