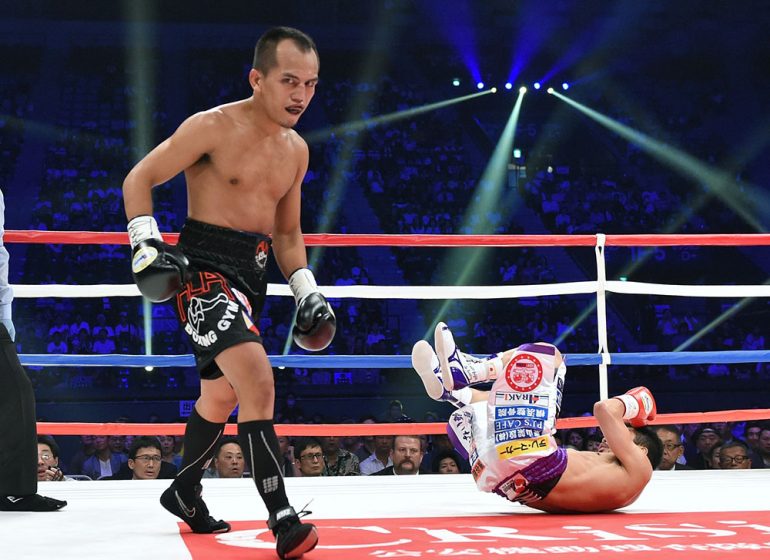 It’s hard to imagine a more taxing schedule than the one Milan Melindo undertook in 2017.

First came the Akira Yaegashi fight in May, a shocking first round finish after three knockdowns to crown the Cagayan de Oro City, Philippines native the IBF junior flyweight titleholder in his third attempt at a world title. Four months later, Melindo made his first defense against Hekkie Budler, overcoming cuts above both eyes and scoring a twelfth round knockdown to hold on to the belt by split decision.

After that hectic seven month period, Melindo did something he rarely had a moment to do. He rested.

“It’s good to heal my body system. Boxing is a very brutal sport, so I think recovery is very important,” said Melindo (37-3, 13 knockouts).

The time off not only helped to heal the wounds, which were plenty after back-to-back wars. It also helped remind the 30-year-old why he had wanted to become a champion in the first place, and why he’ll continue to fight.

“It helped me a lot to remember some important things, to be hungry always even if you are already a champion,” said Melindo. After six months of rest, Melindo got back in the gym, and has resumed training at the ALA Gym in Cebu City, Philippines for the past three months.

He’ll return to the ring on October 7 when he faces unbeaten WBC junior flyweight titleholder Ken Shiro (13-0, 7 KOs) at the Yokohama Arena in Japan. It’s an opportunity to get back in the world title picture in the country where he first won a world title, but he’ll be facing a 26-year-old with a lot less mileage on his body than Yaegashi had a year ago, and who has found his confidence after three defenses as a champion, the last two of which were by early stoppages.

Despite his own loss, Melindo’s promoter Michael Aldeguer of ALA Promotions says “El Metodico” never lost his self-belief.

“The thing with Milan, he has always been confident even after the Taguchi fight, he has never doubted himself,” said promoter Michael Aldeguer of ALA Promotions. “Sometimes it works for him but at times it could also make him over-confident.

“When this offer came to fight Ken Shiro, he never hesitated and in fact told me this is the fight he has been wishing for.”

Trainer Edito Villamor calls the fight a “make or break situation” for Melindo, but says he has identified mistakes from the Taguchi fight that’ll make him a better fighter against Shiro.

“He’s determined to win the title again and his enthusiasm for the training is there,” said Villamor.

“Ken Shiro is a good tactical boxer. He can box outside and inside,” said Melindo, who is rated two spots below Shiro in The Ring’s 108 pound rankings at no. 4.

“I don’t know how to manage him; only I know is to do my best to win.”