Chocolatito is back: Roman Gonzalez returns with spectacular fifth-round KO of Moises Fuentes 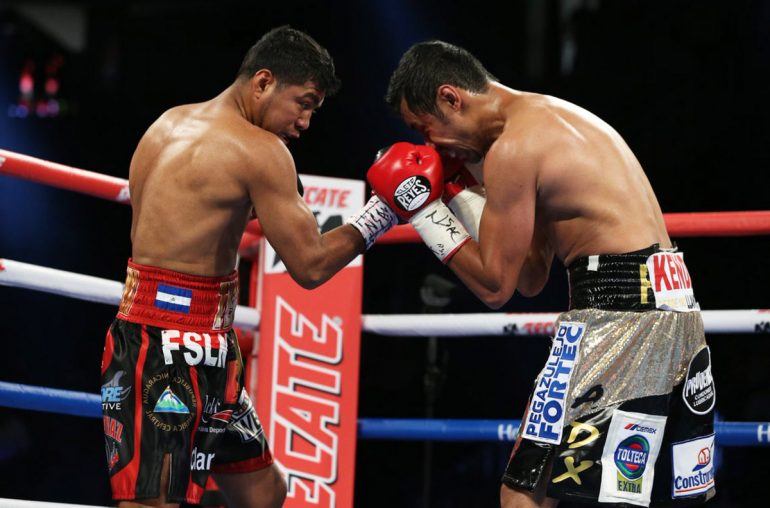 LAS VEGAS — Once the universally recognized No. 1 pound-for-pound fighter in the world, Roman Gonzalez laid flat on his back as the crowd gasped in astonishment.

Srisaket Sor Rungvisai knocked him unconscious last September, ending the 115-pounder’s reign as an elite fighter and throwing into doubt whether he still had anything left at all. Now we know: There’s plenty remaining in the tank.

Chocolatito scored his own spectacular one-punch knockout Saturday — his first fight in over one year — with a picture-perfect overhand right that separated Moises Fuentes from his senses in Round 5. The former 105-pound titleholder banged the back of his head on the canvas, and after a short count, referee Robert Byrd halted the contest at 1:44.

Gonzalez (47-2, 39 knockouts) was so concerned that he immediately kneeled over his fallen foe to grab a closer eye on his status and had to be shooed away to a neutral corner by Byrd.

“It’s a great comeback to be on the Canelo vs. Golovkin card,” he said. “I can’t wait because I am a step closer to becoming a world champion.

When he hit the floor, I got very worried for him and I panicked, and when he regained consciousness and I prayed for him and I told him that I hope god blesses him, his family, and his career. I asked for him to forgive me, because this is the job that we chose and that I didn’t mean to hurt him.

The 31-year-old looked like the old Chocolatito, but take it with a grain of salt. After all, Fuentes (25-6-1, 14 KOs) has now lost four of his last five bouts. Still, Gonzalez was able to string punches together with his trademark high-volume style, and consistently beat Fuentes to the punch. The 30-year-old Mexican also was forced to deal with an ugly cut caused by a headbutt in Round 2.

It was Gonzalez’s first victory since a September 2016 decision win over Carlos Cuadras, although most media members felt the Nicaraguan deserved the decision in the first meeting with Sor Rungvisai last March.

Now, Chocolatito is squarely back in the title hunt at 115 pounds, a weight class his American promoter, Tom Loeffler, is heavily invested in with his Superfly series that’s already spawned three iterations on HBO.

Besides a third fight with Sor Rungvisai, attractive matchups for Gonzalez include a rematch with Juan Francisco Estrada and a bout with the returning Kazuto Ioka, who ended his brief retirement with an impressive win over McWilliams Arroyo last week.