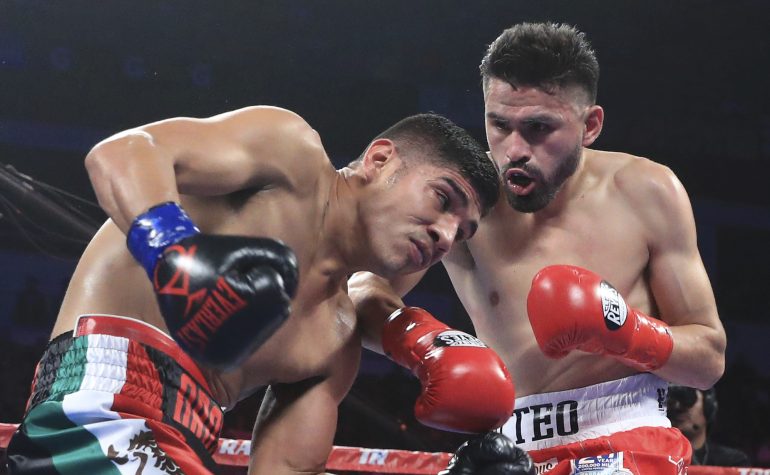 Ramirez, who is rated No. 4 by The Ring at 140 pounds, dropped Orozco twice but could not stop the San Diego resident Friday night, settling for a 12-round unanimous decision victory in his first title defense.

The bout also marked the first time that Ramirez fought under the tutelage of renowned trainer Robert Garcia, after being trained by Freddie Roach since his professional debut in December 2012.

This was an all-action fight between two aggressive, unbeaten Mexican-American fighters and it lived up to expectations.

The shorter Orozco hung in the pocket, but Ramirez excelled from distance, connecting with several right hands behind a consistent jab.

Ramirez dropped Orozco with a right hand in Round 4 and the challenger appeared dazed. However, he gathered himself, fought back and even landed a series of right hands to the head.

But just when it looked as though Orozco might have weathered the storm, he was dropped with a left hook to the body in the eighth. Ramirez went in for the kill but, again, Orozco fought back, stunning Ramirez with a counter right.

Orozco had his moments in the 10th and 11th rounds, but he was badly slowed from both fatigue and the effect of his opponent’s punches.

“This is my first fight with Robert Garcia,” said Ramirez, who is promoted by Top Rank. “I feel very comfortable (with him as my trainer). I have to see the fight to work on what I need to improve on.”

Even the champion was impressed with Orozco’s will and fortitude in the fight.

“He’s a true warrior,” said Ramirez. “He bounced back from those knockdowns.”

Despite the loss, Orozco, who is promoted by Golden Boy Promotions and managed by Frank Espinoza, managed to stay positive and believes he can learn from this setback.

“I walked in (the ring) as a gladiator and I walked out as a gladiator,” said Orozco. “Jose is a great champion. I did what I could tonight. I’m going to come back stronger.”

Ramirez (23-0, 16 knockouts) was originally scheduled to make his first defense against Danny O’Connor on July 7. The fight was cancelled on the day of the weigh-in when O’Connor reportedly passed out from dehydration.