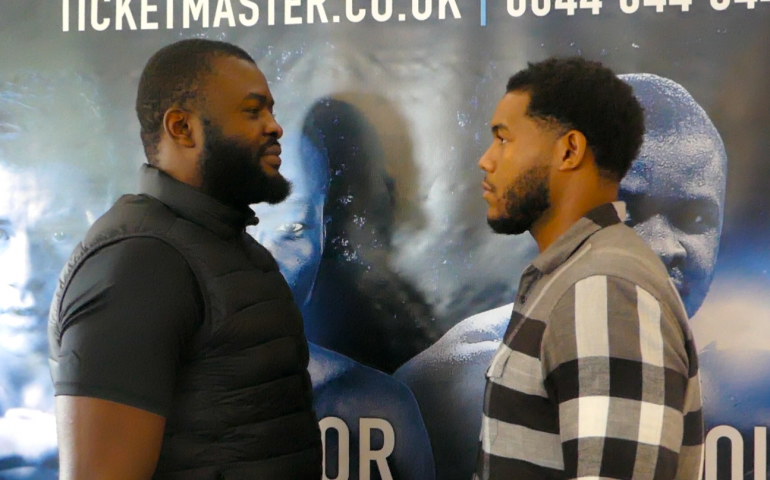 Unbeaten heavyweight Martin Bakole takes on America’s Michael Hunter at the York Hall in London on Oct. 13. The 10-round bout will be broadcast live by Channel 5 in the U.K.

Bakole, who is trained by acclaimed Scottish coach Billy Nelson, has established himself as an exciting new force in boxing’s glamour division. With 11 wins, eight by knockout and five of those stoppage coming inside the opening three minutes, a step-up in class was a necessity.

“I am so happy to get this chance to show everyone how good I am,” said Bakole. “Michael Hunter is a tough fighter who will come to win, and I am grateful to him for taking this fight. I am ready to prove I am one of the best heavyweights in the world and I promise I will put on a good show.

“Training has been very good, and I am not playing games. This is my job and this is business. I have been doing many rounds (of sparring) with Anthony Joshua, and there is no fighter out there that can scare me. Learning from top fighters like Anthony will help me with my own journey, and my coach is very happy with my progress.”

“I’ve told anyone who’ll listen that Martin Bakole is one of the best heavyweights in the world and he’s getting better every day,” said Nelson, who previously trained three-weight world titleholder Ricky Burns.

“Michael Hunter is tough and tricky, but Martin will stop him. (Hunter) did well against Aleksandr Usyk and went the full 12 rounds, but it won’t take him long to feel the difference in power between a cruiserweight and a big, strong heavyweight.”

Hunter (14-1-0, 9 KOs) is best known for taking Usyk the distance in an unsuccessful challenge for the super-skilled Ukrainian’s WBO title last April. The Las Vegas-based Californian admits that he hadn’t seen too much of Bakole but insists his top-level experience could be the decisive factor.

“I’m grateful that this fight has been signed, and I didn’t think twice about taking it,” said Hunter. “I took one look at who Martin has fought and that was enough for me. Everybody says he’s the next best thing in the heavyweight division, but he hasn’t fought at that top level yet. The heavyweights are putting each other to sleep right now and I don’t see this going the distance. Expect fireworks.”

The show is being promoted by Cyclone Promotions. For undercard information and buildup, you can follow @CyclonePromo and/or the Facebook page www.facebook.com/CyclonePromotions.