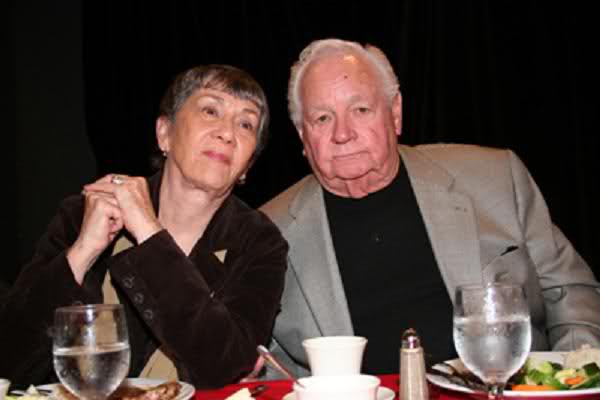 Lorraine and Don at a hall of fame induction dinner. Photo courtesy of BoxRec.com
13
Sep
by Norm Frauenheim

LAS VEGAS, Nev. – Don Chargin was there in the beginning for Canelo Alvarez’ rise from entertaining prospect into pay-per-view star. Golden Boy Promotions hired him as an advisor, a legend who knows a thing or two about how to make legends.

But Chargin, a Hall-of-Fame promoter, won’t be there Saturday night at T-Mobile Arena for perhaps the biggest test of Canelo’s unfolding stardom in a rematch against Gennady Golovkin.

He’ll be at home, fighting cancer.

“I was diagnosed three to four weeks ago,” Chargin said from Cambria, California.  “It started in my lungs and spread to my brain. I’m fighting, fighting it every day right now. The chemo and radiation are tough. It just wears you out.’’

On Thursday, at least, Chargin, 90, did not have to undergo another round of exhausting treatment. Instead, he was thinking about Canelo and the challenge that awaits the Mexican middleweight in an HBO pay-per-view telecast of a controversial draw last September.

He said he last spoke to Canelo and his corner, trainer Eddy Reynoso and manager Chepo Reynoso, just before he got the devastating news from his doctor, who he saw after he coughed up some blood.

“I haven’t talked to them since, because I don’t want to burden them with my problems,” said Chargin, whose beloved wife and business partner, Lorraine was inducted to the International Boxing Hall of Fame in Canastota, N.Y. last June.

Lorraine died of cancer in April 2010.

Chargin – his name and enduring influence – is everywhere in Vegas this week. Eric Gomez, President of Golden Boy Promotions, talked about Chargin in his introductory remarks Thursday at a news conference for the Canelo-GGG undercard at the MGM Grad’s KA Theatre.

He called Chargin his mentor. Gomez also said that Chargin always told him that any matchmaker always needs a lot of luck. 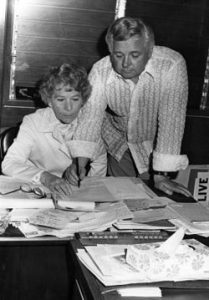 For Golden Boy, luck has been in the work Chargin has delivered as a consultant, especially after Oscar De La Hoya’s company signed Canelo in 2010. Chargin, nicknamed “War A Week” for his consistent match-making, was there to advise. His Hall of Fame resume proved to be a valuable roadmap. There aren’t many of boxing’s great names that Chargin hasn’t known, helped, or advised.

Chargin, the matchmaker at the famed Olympic Auditorium in Los Angeles from 1964 through 1984, has promoted more than 3,000 cards with fights that included Roberto Duran, Bobby Chacon, Mando Ramos, Muhammad Ali, Jimmy Ellis, Jerry Quarry, Julio Cesar Chavez, Bobo Olson and so many more.

He has consulted the legends and been there to help them make history.

In Canelo, he foresees more of the same.

“I think he’ll win Saturday night,” said Chargin, who plans to watch the PPV telecast with his daughter-in-law and a couple of old friends. “I think it’ll be a tough fight. A lot of things have been said. I think (GGG trainer) Abe Sanchez has gone a little bit too far in some of things he’s said. All of the talk has been going on for long time.

“But Canelo is smart. He’s a thinking man’s fighter and he’ll have to be a thinker against Gennady. I have watched the first fight more times than I can count. There were things Gennady did that Canelo can capitalize on. There were moments in the first one that I think he’ll learn from.

“As a fighter, he learned a lot from losing to Floyd Mayweather. I think we’ll see the same thing in this rematch with Gennady.”