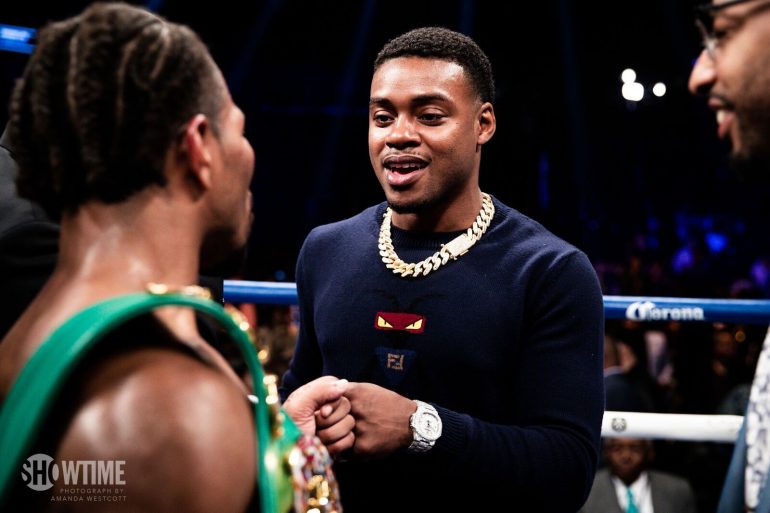 The fall season is now upon us; he weather in New York City tells me so. People are wearing rain ponchos today and the heat kicked on in my building yesterday. It is a city law; the landlord has to turn the heat on in your building, if the temperature drops below 60 degrees.

So fall season means we have to start figuring out how the yearend schedule looks, right?

I had a thought, as I watched the coin-flip fight Saturday, that main event pitting Shawn Porter against Danny Garcia.

That notion was likely shared by many of the 13,058 in attendance at Brooklyn’s Barclays Center, as well.

If we’re judging by the Jumbotron poll, the amount of applause and/or boos enjoyed by those persons featured on the big board, Spence was most popular, with Adrien Broner “winning” the award for receiving most boos. The Charlo brothers also got hooted pretty well, while IBF/WBC lightweight titleholder Mikey Garcia won second place in the popularity category.

Spence and Mikey – two “good guys” – both in the Top 5 pound-for-pound rankings. Wouldn’t it be a good li’l’ super-fight, if they rumbled? You know, Garcia has said he wants that and I haven’t heard any whisper that something’s changed in that regard. Now if you’re like me, you want immediate gratification, right? But…But…it’s September. College football season. Pro football season. Then we get into baseball playoffs. It gets crowded. Dates get harder to come by. Let’s not forget; these A-grade hitters get paid handsomely. Around this time of year, entities sometimes have to look harder at balance sheets and get a bit more choosy about their event placement.

Based on recent history – and this has been stated on the record – Showtime likes to give space to the CFB and NFL around this time of year. In the past, we’ve seen a few more “ShoBoxes” till the end of the year and maybe one more slate on “Showtime Championship Boxing.”

So would it make sense for that single slot to go to Spence vs. Garcia, both of whom will command a pretty penny to secure services for such a meaningful fight? I’d think not.

Maybe a more likely scenario – of course I’m spitballing here – is a New Year tango. January, maybe February. The welterweight ace from Texas, who is building his visibility factor, month-by-month, as more fans get clued into his likability, against the California boxer, from the fighting Garcia family, who seemingly wants to see just how far he can push himself professionally. Is 147 pounds a bridge too far for Garcia? I haven’t heard anything to indicate that we won’t get that question answered. Just maybe not as quickly as one would like…

And “Mr. Middle Fingers” himself, Adrien Broner, could he be slotted in to fight once more before the end of the year? 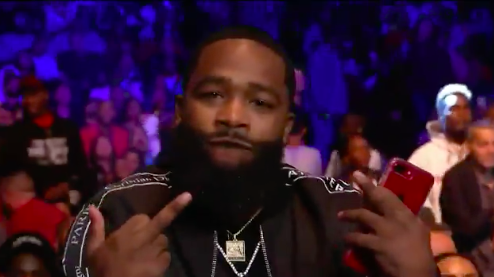 That would make sense, being that he’s fought just once this year. He looked pretty sharp against Jessie Vargas in April, so a fall return against maybe an Omar Figueroa Jr. would seem logical.

But back to Spence…

After the fights on Saturday night, he was out staking out his turf, puffing his chest, setting the table for a bit bigger super-fight, possibly against WBO beltholder Terence Crawford. Great stuff, love seeing Spence’s persona flourish over these last few years. He’s got a Southern charm but with an NYC slice of cool cockiness about him. He’s not someone fans are gonna love to hate. Like a Gennady Golovkin, his fanbase will grow, grass roots-style, as fight fan after fight fan recommends him to their non-hardcore fight fan friends.

“You should check out this kid, Spence, from Texas, welterweight, good dude and he hits like he’s got brass knucks on.”

Listen to Woods’ podcast right here. The Ring Magazine Editor-in-Chief Doug Fischer will be on the pod this week!