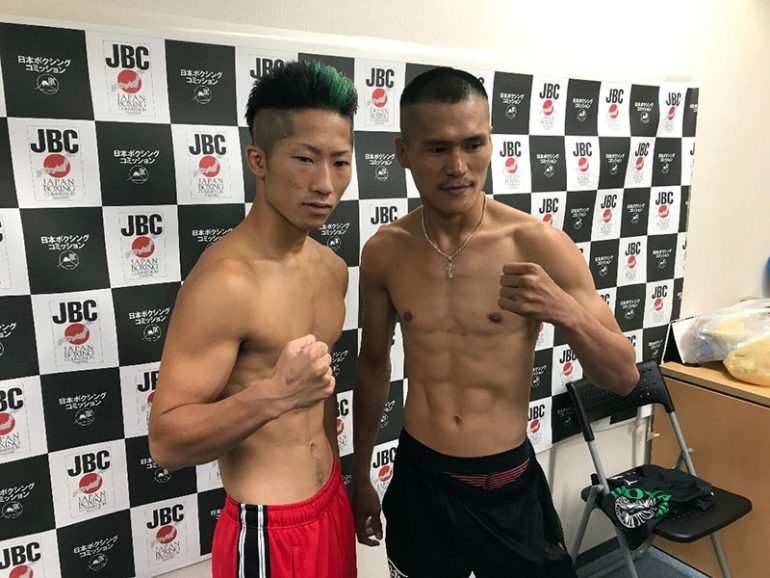 Undefeated bantamweight prospect Takuma Inoue, the younger brother of pound-for-pound rated two-division beltholder Naoya Inoue, is one step away from fighting for the WBC 118-pound world title. To earn his first title shot he must defeat Filipino veteran Mark John Yap in an elimination bout on September 11 at Korakuen Hall in Tokyo.

Inoue (11-0, 3 knockouts), a former OPBF 115-pound beltholder, is currently No. 9 in the WBC’s bantamweight rankings. His father Shingo Inoue has trained both Takuma and Naoya from a very young age and molded them to be champions by their early 20s.

Takuma is only 22, but he had a chance to fight for a world title two years ago, when his promoter Hideyuki Ohashi reviled the day after his victory against Froilan Saludar, in September 2016, that he will be challenging then-WBO bantamweight titleholder Marlon Tapales on December 30. But that title fight was canceled due to a right-hand injury Takuma suffered during training which required an operation that took him out from the ring for an entire year. Since his comeback in August last year, he has won three consecutive fights, including his latest victory, a first-round KO in May on the Naoya Inoue-Jamie McDonnell undercard. Although Takuma has outpointed experienced fighters, including a former Japan bantamweight titleholder (Kentaro Masuda), since his comeback, he knows Yap will be the toughest opponent of his pro career.

Yap (29-12, 14 KOs), the current OPBF bantamweight champion, started his pro career in his native Philippines, but has spent the last three years in living and training in Osaka, Japan. Yap is on a 10-fight winning streak and ranked No. 3 by the WBC. He started making a name for himself in the Japanese boxing scene when he defeated top Japanese bantamweight contenders, eventually winning the regional OPBF title from Takahiro Yamamoto, which he has successfully defended three times.

Five days prior to fight night, Takuma was in the gym making his final preparation for a bout that could lead to his dream of becoming a world champion and following in his brother’s footsteps. 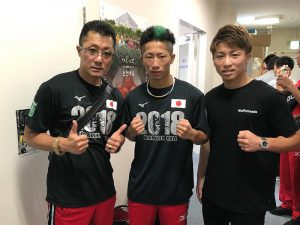 “My weight is on schedule, condition couldn’t be better,” Takuma said while cooling down after training. His father/trainer, Shingo, is looking forward to seeing Takuma in the ring.

“Takuma has improved a lot since his last fight,” he said. “It made me frustrated sometimes to see him fight before because he knew what he had to do in his mind but wasn’t able to perform physically. Now, his mind and body have connected. I’m really excited to see how he performs.”

On the other hand, his brother Naoya was more calm on his view of the fight.

“We’ll see what happens, anything can happen in a fight, but he seems to be in good condition. Yap is a good boxer, but his style won’t be too difficult for Takuma to overcome. I think Takuma will win by decision.”

Inoue’s promoter, Mr. Ohashi, said that whoever wins the elimination fight will probably have to wait until mid-2019 to get a shot at the WBC title. It looks like the WBC’s No. 1 contender, Nordine Oubaali (14-0, 11 KOs), will be facing No. 4-rated Rau’shee Warren (16-2, 4 KOs) for the vacant title in October. The winner of that fight will probably have to face Oubaali’s original opponent, No. 2-rated Petch Sor Chitpattana (47-0, 32 KOs) next.

Inoue-Yap will be the main event of the Ohashi Promotions show, with Ryo Matsumoto returning on the undercard since his loss to defending WBA 122-pound titlehoilder Daniel Roman in February.

What’s next for Kazuto Ioka after his impressive U.S. debut against hard-hitting 115-pound contender McWilliams Arroyo, who he dropped (in Round 3) on the way to a 10-round unanimous decision last Saturday at The Forum in Inglewood, California?

It was no surprise to the Japanese boxing media to hear Ioka (23-1, 13 KOs) announce his retirement from the sport on December 31, 2017. There were rumors circulating for couple of months before his official announcement that he would not be participating in the New Year’s Eve event and was hanging up the gloves. (New Year’s Eve had been established as “Ioka’s night” in Japan, as he had been fighting on the same night as a headliner for the previous six years before retiring, each fight broadcasted in live in Japan.)

However, it was a surprise when Ioka gave a press conference seven months later to announce that not only was he coming out of retirement, he was fighting on the “SuperFly3” card to make his U.S. debut. He reunited with Ismael Salas as his head coach, whom had trained Ioka earlier in his career, and held the bulk of his camp in Las Vegas. 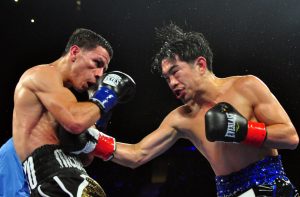 Ioka takes it to Arroyo. Photo by German Villasenor

Now that Ioka has emerged victorious against the tough Puerto Rican to win the WBC’s “Silver title,” he will likely be next in line to fight for the organization’s world title. But if Srisaket Sor Rungvisai, who holds the WBC belt, is to fight Juan Francisco Estrada in their rematch next, it’ll be a while for Ioka to get his shot. Ioka says he is looking forward to being back in the U.S. on the “SuperFly4” card, which is possible for now, but TBS, a Japanese TV network that broadcasts Ioka’s fights, will be desperate to get the three-division titleholder back on this year’s New Year’s Eve show in Japan. And there’s a possibility that Ioka could go for his fourth title in a fourth weight class on that N.Y.E. show.

With the Donnie Nietes-Aston Palicte fight ending in a draw in the “SuperFly3” co-main event, the WBO version of the title remains vacant. Ioka just defeated the WBO’s No. 3-rated contender (Arroyo), so he should enter their 115-pound rankings in a prime position.

Fighting for the opportunity to become the first-ever Japanese four-division champion would be the ultimate night for the fans in Japan and for TBS to broadcast Japanese boxing history.