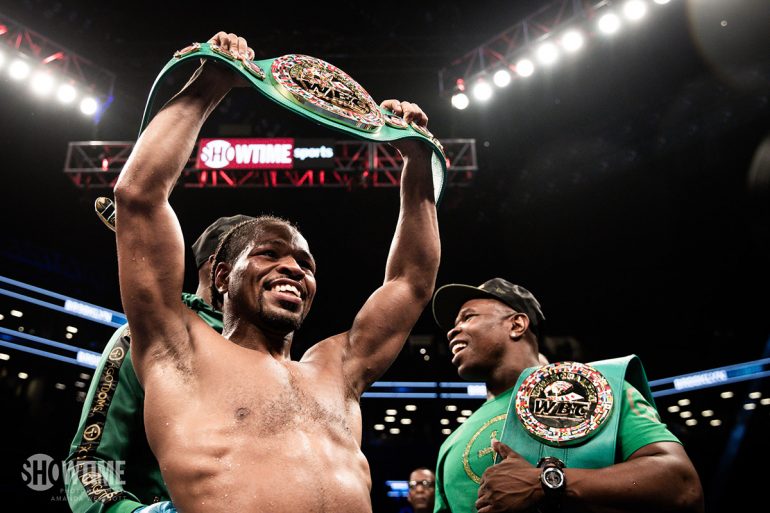 BROOKLYN, N.Y. — As they were wending their way through the warrens of Barclays Center early Sunday morning, a joyous contingent still savoring their triumph, Shawn Porter darted his father and trainer, Kenny, a knowing smile, and Kenny grinned back.

They knew what they went through and what they had to endure in getting back a world title — which is what they did with “Showtime’s” unanimous decision over Danny “Swift” Garcia to claim the vacant WBC welterweight title on Saturday before 13,058 at Barclays Center.

“This has been a long time coming and I knew I would wear a belt again,” said Shawn Porter, who was last a champion when he wore the IBF welterweight belt in 2014. “I tell people all the time I don’t make predictions,” Porter said. “I made a prediction and a hard one to live up to. I said I wasn’t leaving New York without this belt and I’m not leaving New York without this belt. I knew he was going to be accurate.  The game plan for me was to be accurate from the outside and show we could beat him without roughing him up on the ropes.

“This title means a lot to me.  It meant a lot to boxing and I wanted to be a part of that. He tried to outhustle me, mostly at the end of the rounds. He did a tremendous job. There was some things missing tonight and those aren’t going to be there in the next one.

Early on, each time Porter closed in, Garcia tried to lock him up. Swift on occasion gained Porter’s attention, like when he nailed him with a left hook to the head, which forced Porter to clinch. 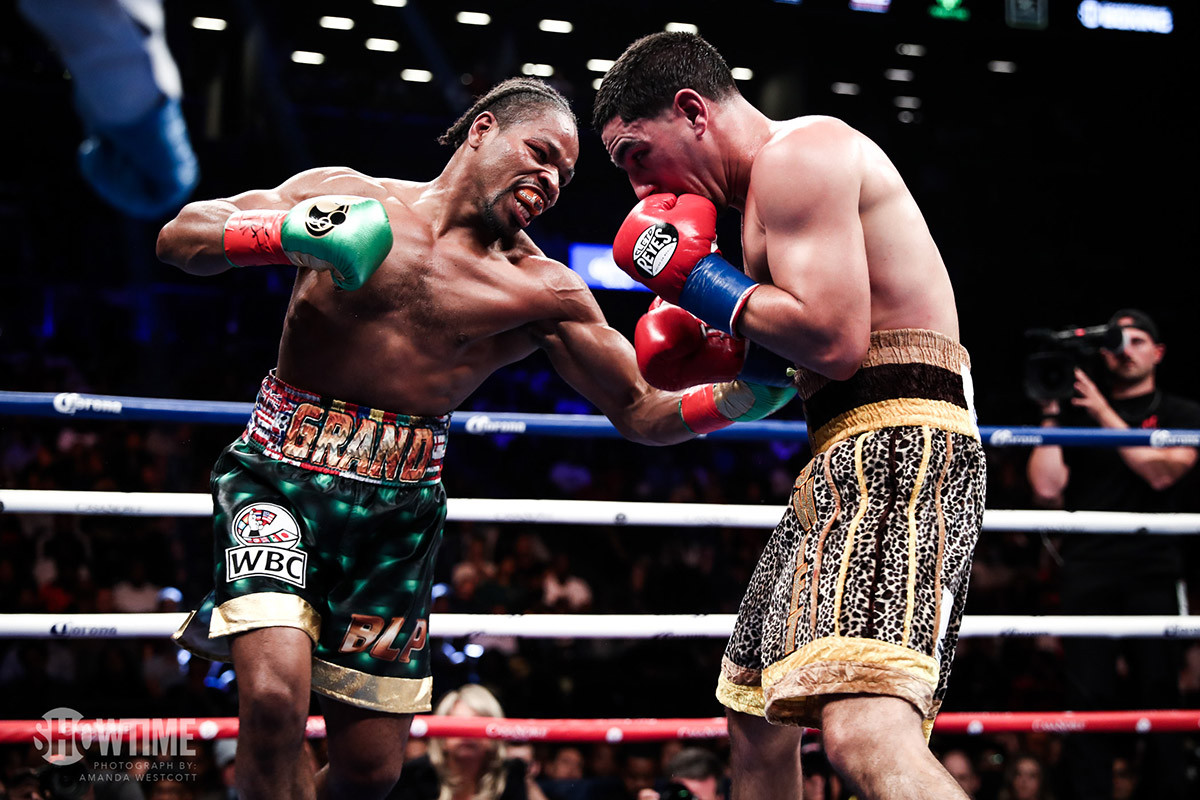 Distance was the key. Garcia maintained it in the early rounds, and by the fourth, lost the battle. Finally, in the fourth, Porter lured Garcia into his type of fight, close and in the phone booth. Porter’s lunging punches worked, and it might have been the first round Porter won.

At 2:31 of the seventh, referee Steve Willis stopped the action and warned Porter for a head butt. Garcia pointed his palms up, wondering why Willis did it, and Porter had no idea. It seemed to enliven Porter, who came forward and did his volume punching, closing into Garcia’s early lead to close within 4-3 after seven.

Feeling the fight slipping, Garcia opened the eighth with a right off the top of Porter’s head. Porter didn’t seem fazed. He kept coming forward, backing Garcia up. There was a sense at ringside, it was Porter gaining strength with passing round and Garcia beginning to tire. After eight, it was easy to believe the fight was even at 4-4.

In the ninth, Garcia came out the aggressor, and it was Porter who was countering Garcia’s advances. As the 1-minute mark neared, Garcia bounced three shots off of Porter’s head. Just like that, the momentum seemed to swing Garcia’s way.

By the 10th, Garcia lost the distance war. Porter was in his grill, fighting his fight. It still didn’t mean Garcia couldn’t land a big shot, which Garcia did, connecting with a right. But in the last 30 seconds, the two played a game of who’s stronger, staying in tight exchanging heavy shots.

In the 11th, Garcia dug a right into Porter, and as Porter tried countering, he missed lunging punches. Still, Porter tapped Garcia in the head and to the body. His mauling approach produced more oohs and aahs from the crowd, and it may have been enough for Showtime to win the round.

By the 12th, Porter got off to a good start. Once again, he got inside and pounded at Garcia’s midsection. It was his most effective means of scoring and it was working again. As Porter crouched, Garcia popped some shots off his head. Though, a cut was opened on the left side of Garcia’s scalp, forcing blood to course down the side of his head as the final bell rang.

“I thought I did enough to win,” Garcia said. “It was a close fight. The judges didn’t give it to me. I busted my head on the inside, plus a couple headbutts on my nose. It is what it is. This is boxing. He was throwing a lot.  I had my defense tight so it wasn’t effective. I thought I landed the clearer shots. I thought I won this fight.

“I have to sit back, relax and see what’s next for me.”

“The same way that you called Danny out, I’m going to call you out.” Spence told Porter. “I think I’m the best welterweight in the division.  I’m the truth and I guarantee you I come home as unified champion. I definitely want that fight against Porter.

“It was a good fight. Shawn looked like himself. I didn’t see anything different in his style so we should combine to make an incredible fight. I’m ready for whoever next. Mikey Garcia, Shawn Porter or Keith Thurman. I want any and all of them.”

Stay tuned, it seems like it’s only heating up.