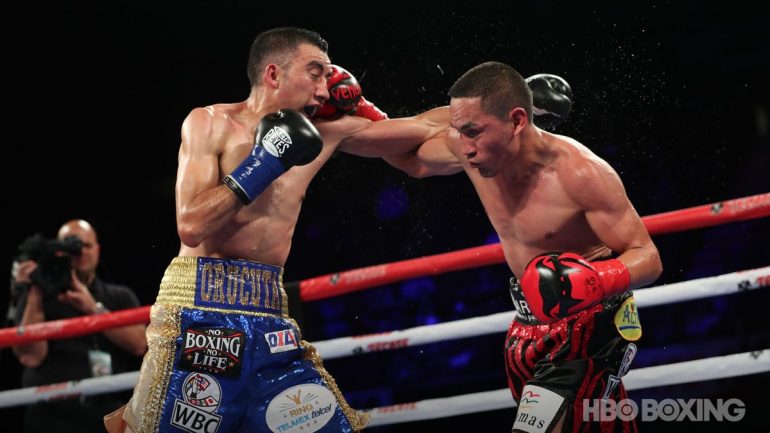 INGLEWOOD, California – Juan Francisco Estrada wanted an immediate rematch of his Fight-of-the-Year candidate with The Ring/WBC junior bantamweight champ Srisaket Sor Rungvisai, which he lost by majority decision, in the main event to the SuperFly2 card in February.

However, the Thai hero, who forged his reputation in the U.S. with back-to-back victories over future hall of famer Roman Gonzalez last year, preferred to take a non-title bout and then schedule an October title defense in his home country rather than immediately face the 28-year-old Mexican standout. So, the eagerly anticipated Sor Rungvisai-Estrada rematch has been tentatively scheduled for February or March of 2019.

In the meantime, Estrada (37-3, 25 knockouts) headlined the SuperFly3 show against Felipe Orucuta at The Forum on Saturday, winning a unanimous decision by scores of 118-110 and 117-111 (twice). The former WBA/WBO flyweight titleholder showed his class throughout the HBO-televised fight, however, despite the wide scorecards, it wasn’t an easy out for The Ring’s No. 1-rated junior bantamweight.

Orucuta (36-5, 30 KOs), a 12-year veteran from Mexico City, was unknown and unrated (by The Ring and every sanctioning organization but the WBC), but the 32-year-old came to fight. 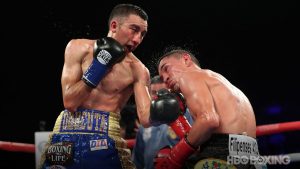 After being outjabbed and expertly counterpunched by Estrada, the former two-time title challenger tossed his careful-boxing game plan out for a more aggressive approach in Round 6 and just like that, what had been a pedestrian bout turned into a crowd-pleasing scrap.

The two Mexico natives epitomized “Mexican Style” in Rounds 7 and 8 as they traded head-snapping hooks and crosses and liver-burning body shots. Estrada landed flush power shots to Orucuta’s jaw, sometimes momentarily stunning the underdog during the hot exchanges, but the Mexico City boxer-puncher came back with his own heavy fire.

Estrada regained control of the bout in Round 9 with intermittent pressure and combination punching, but Orucuta had his moments in Rounds 10 and 11 (although he got the worst of their tit-for-tat). Round 12 featured back-and-forth action but Estrada took the final stanza with his aggression, accuracy and higher punch output.

“It was a good fight, no question,” Estrada said. “Whenever you have two Mexicans in the ring (you get a good fight). He was strong with the reach; he was difficult.”

Orucuta’s stature in the sport raised with the way he fought the elite boxer over the second half of the bout.

“I feel good about my performance against a great champion,” he said. “I was very happy with this opportunity.”

Estrada probably wasn’t as happy. He didn’t deliver the sensational effort and form he gave against Sor Rungvisai (or against Carlos Cuadras last September), but the fight entertained the Sonora native’s fans inside The Forum, the site of SuperFly2 and his rousing battle with the Thai champ.

Estrada, who has fought on all three SuperFly cards, is now aiming for that rematch in the main event of SuperFly4.