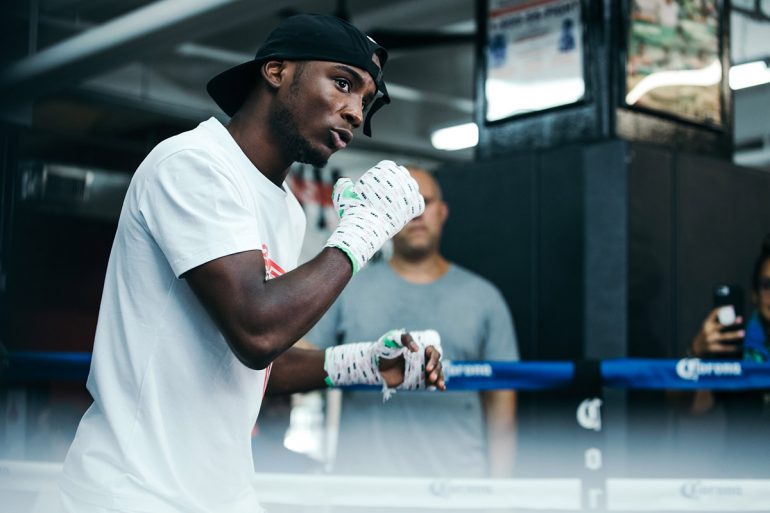 BROOKLYN, NY — Chris Colbert (9-0, 3 KOs) dominated Fatiou Fassinou (28-11-3, 15 KOs) to secure a unanimous decision victory in a scheduled eight-round bout on the undercard of the Danny Garcia-Shawn Porter welterweight championship card at Barclays Center in Brooklyn, NY. The three official scores at ringside were all 80-72.

The veteran Fassinou had no business being in the same ring as the quick-as-lightning Colbert, who put on a dazzling display in front of friends and family in his native Brooklyn.

“It feels great to fight and perform in Brooklyn,” Colbert said. “This fight is very special because I had a son three months ago and this is the first time he seen me fight.”

Colbert fights as brash as he talks outside the ring, and backed up the bravado with stinging combinations that left Fassinou lost and off balance.

“He couldn’t see me or touch me tonight, and I am still improving,” Colbert said immediately after the bout. “Who else you know in my position beats three undefeated prospects and then steps up to fight a veteran and does this? In 2019 I expect to fight for a belt — any belt, but a belt for sure.”

The 21-year-old Colbert is coming off a stoppage victory over previously unbeaten Austin Dulay in April and building a large fan base in New York City.

Colbert set the pace in the opening round, showing Fassinou a glimpse of what to expect the rest of the night with a sharp jab and three- and four-punch combinations. Fassinou at times tried to mirror Colbert’s handspeed but failed and paid the price eating blistering right hands.

Colbert had Fassinou hurt in the second round when he decided to go the body in addition to the combinations up top. Fassinou started moving away from Colbert in the third round and decided to not engage and simply tried to slip the punches.

Colbert started timing Fassinou better in the fifth round and again had him dodging an assortment of laser punches until Colbert took a moment to showboat, much to the delight of the crowd. Colbert found more success in the sixth round and was content to just embarrass Fassinou rather than try to end the fight. 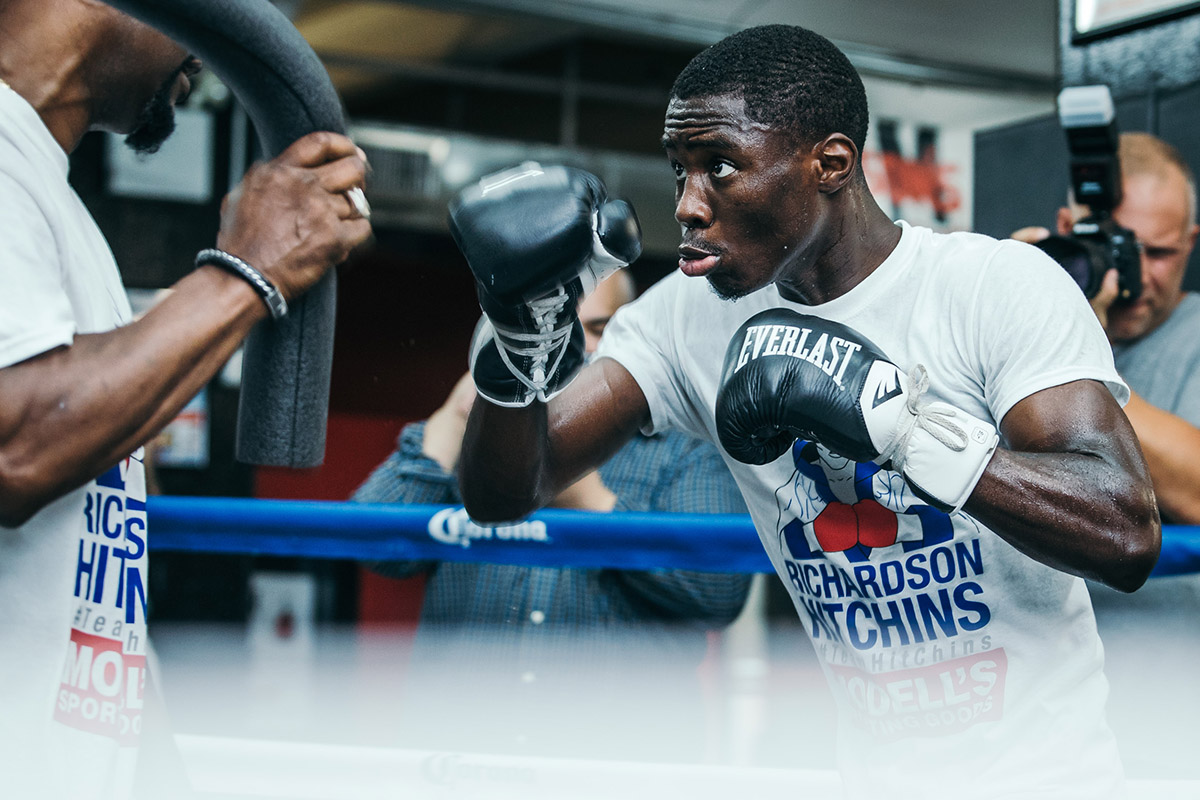 Hitchins, who turns 21 later this month, outclassed Valenzuela using speed and accuracy. The Brooklyn native had some big moments in the first two rounds, reddening Valenzuela’a face and almost making it an early evening for the Mexican fighter, but Valenzuela was game enough to mix it up with the Brooklynite.

Hitchins scored the only knockdown of the bout in the opening round right before the bell sounded. Hitchins landed a perfectly placed right hand just as Valenzuela was out of position and got his feet tangled and went down. Hitchins used his sharp jab to control the action the rest of the way, keeping Valenzuela off-balance and out of reach, making it a one-sided affair for the young Mayweather Promotions prospect.

This marked Hitchins’ sixth professional appearance after representing his parents’ birth country of Haiti at the 2016 Olympics in Rio. Hitchins is veteran of the rich New York City amateur boxing program, picking up two Golden Gloves titles before catching Mayweather’s attention in Rio.

The highly touted Price, who is signed to Mayweather Promotions, was too fast for the Rwandan Enjani, who now lives and trains out of San Diego. Price threw stinging combinations from different angles to keep Enjani off-balance and missing wildly with his own punches.

This appearance marked the fourth straight at Barclays Center for the Philadelphia native. Price enjoyed a highly decorated amateur career, which included being named the most outstanding boxer at the 2013 Junior Olympic National Tournament.

In cruiserweight action, Marsellos Wilder (2-0, 2 KOs) defeated Ryan Williams (0-2) by first-round TKO. The official time of the stoppage was 2:34.

Marsellos, the younger brother of WBC heavyweight champion Deontay Wilder, smothered the overmatched Williams with multiple big right-hand power shots followed by combinations that Williams never saw coming. After getting a quick breather toward the end of the first round, Wilder landed a right hand to the body which hurt Williams, causing him move backwards. Wilder then loaded up and landed another big right hand, causing the referee to jump in and save Williams from further punishment.

The 29-year-old Tuscaloosa native is coming off another first-round stoppage of Jalyn Anthony in his professional debut this past May in front of hometown fans and supporters in Alabama.

Quarles and Willis fought mostly in a proverbial phone booth, with the Virginia-native Quarles getting off more power shots than Willis. Quarles won rounds 3 and 4 by roughing Willis up and walking him down with hard, sharp jabs that stung Willis and kept the fighter from Florida unable to land a meaningful shot to sway the judges. In the final two rounds, which were very difficult to score, Quarles was the one who made an effort to be more aggressive.

The 31-year-old Lopez, fighting out of Colorado Springs, Colorado, threw one power shot after another walking the Corpus Christi native down for much of the bout. Luna’s gritty style allowed him to stay in the fight even after being hurt several times in the fourth, fifth and seventh rounds. Luna came back to hurt Lopez with a body shot in the fifth round but could not muster enough energy to put anything of substance together to finish Lopez.

Both fighters traded big shots in eighth and final round but it was Lopez whose punches still carried zip at that stage of the bout. Lopez punctuated the round with a stinging three-punch combination that staggered Luna and surely tipped the round to Lopez’s favor.

In the opening bout of the evening, junior welterweight prospect Jeffrey Torres (5-0, 3 KOs) made quick work of Emmanuel Valadez (5-6, 4 KOs), defeating the Mexican fighter by first-round TKO. The official time of the stoppage was 1:58 of the opening round.

The 21-year-old Torres got off to a quick start, landing an overhand, looping right hand that caught Valadez in the side of the head, causing him to fall onto the ropes. The referee scored it a knockdown, and when the action continued Valadez was still on shaky legs. The Philadelphia native lunged in and caught Valadez with another right hand flush, prompting the referee to stop the bout.