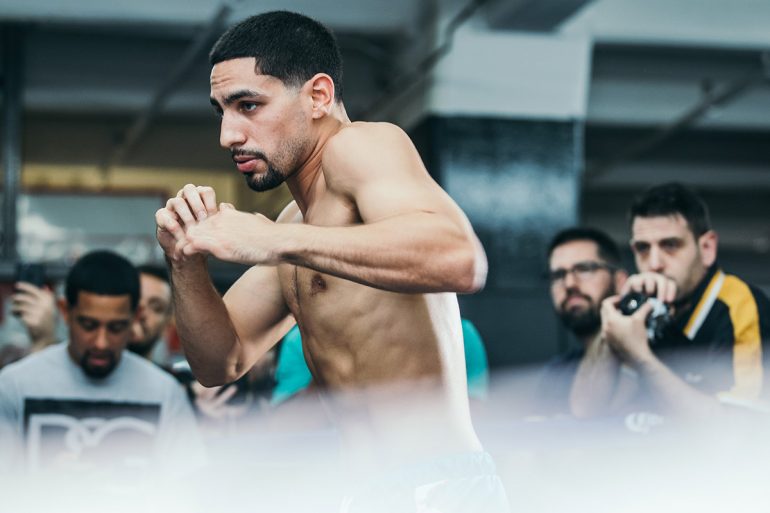 PHILADELPHIA — Danny Garcia closed his left hand into a fist and smiled. This, “Swift” promised as he sat on a sofa in his DSG Gym in North Philly, is what is coming Shawn Porter’s way Saturday night.

It’s the centerpiece of his arsenal, though it didn’t really develop until late.

“Most guys by the time they turn pro know what they can and can’t do, and I had a good left hook when I was an amateur, but nothing the way it is now,” said Garcia, who is naturally right-handed. “I don’t know if I would have even developed the punch if I didn’t break my right thumb after my sixth pro fight (against Julio Gamboa in May 2008).

Garcia is far more a student of the game than people give him credit for. He says a big key to his victory will be staying within himself and not letting Porter dictate the tempo and style of the fight. Porter, Garcia feels, will try to muck it up in close and make the fight stylistically ugly, “because that is his style; he has no style.

“I don’t really think he knows what he’s doing,” Garcia said. “He’s an athlete who’s trying boxing for a living. I’ve been boxing my whole life.

Angel Garcia, Swift’s outspoken father and trainer, has been unusually tranquil throughout the Garcia-Porter promotion. Angel says there is a reason behind that.

“Because Porter is nothing special,” Angel asserted. “He doesn’t do anything we haven’t seen before. Words are just words. I’m not saying anything, because at the end of the day, we have to fight. As long as Danny is Danny, he’s going to win. Porter may not think Danny has any power, but he’ll think differently when he hits him.”

And much of that power is in Danny’s left hook. Where did Swift’s left hook came from? “You know, I don’t really know,” Danny said, laughing, looking down at his left hand and occasionally balling it into a fist. “My mother is left-handed. Her brothers are all left-handed. I don’t know where the power comes from. 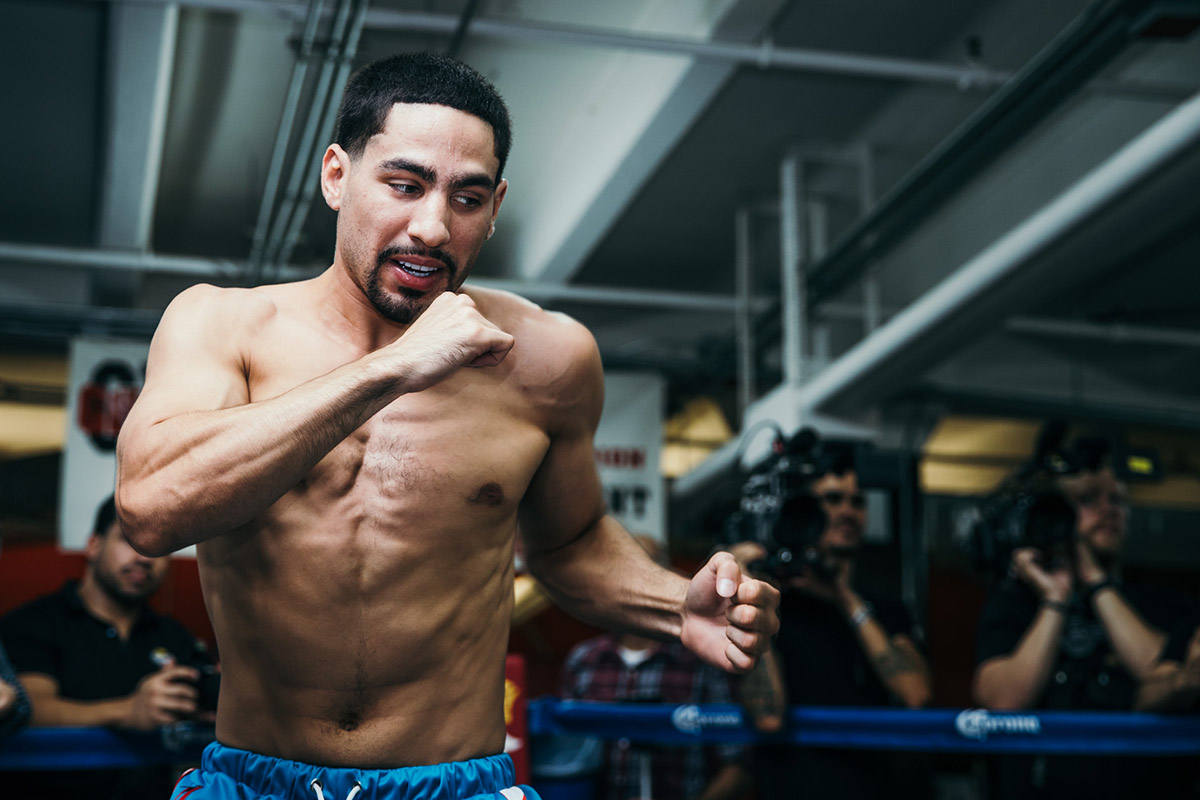 “I broke my right thumb sparring a week after my sixth fight. I think that’s where the power started to come from. That’s what I believe. I was knocking everyone out with my right hand before that. I went from knocking everyone out to winning five-straight decisions. But the left hook came from working, and working, and working … every day I had the cast on my right hand, and I came to the gym and worked all of the time with my left.

“That’s when that bad boy (left hook) woke up. I was knocking everybody the f— out with it then. Porter can think I can’t hurt him. OK, that’s fine. Let him get hit with this (showing his left hook in slow motion). Ask Khan what it was like to get hit with it. Ask Rios about it. They knew they got hit with it.”

Garcia admitted it struck a nerve when Porter and his father/trainer, Kenny, barged into the ring after his ninth-round stoppage over Rios in February. It goes way back to the many times Garcia’s name was never called out when he won tournaments by walkover because the other finalist didn’t want to face him.

It’s why Swift, to a degree, carries that Philadelphia weight of the constant chip-on-the-shoulder attitude.

“That did piss me off, because I beat Rios and it was my time to shine. He’s ‘a nobody’ who tried to get his shine off of my shine,” Garcia said. “I’m going to show him why he shouldn’t have done that September 8. I’m a harder hitter than Porter. He’s a volume puncher who likes to jump around the ring. I’ve already fought people like that before in my career.

“It should be an easy victory. I have to fight at my pace and using what I can do to beat him. This is a fight that will put me back to where I belong. That WBC belt was mine. It was mine and I let it go when I lost to (Keith) Thurman, which I didn’t lose. I feel confident. Nothing about Porter concerns me. I’m just a better fighter than him. When I watch him fight, it’s ugly. I can’t see someone like that beating me.”