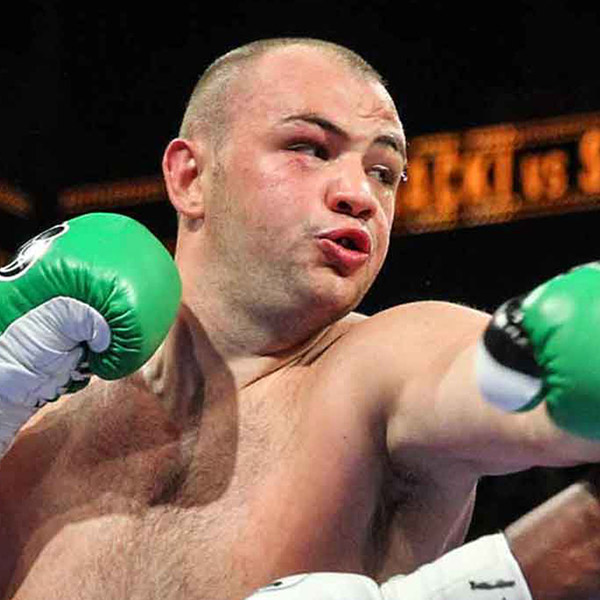 NEW YORK – The main event this Saturday at Barclays Center will pit Danny Garcia against Shawn Porter in one of the most eagerly anticipated title showdowns of the year. But for a large group of the audience waving the red and white colors of Poland, the fight they’re most eager for features the heavyweight banger who opens up the Showtime Championship Boxing broadcast.

Adam Kownacki (17-0, 14 knockouts) says that he has personally sold 1,000 tickets for his ten round-scheduled bout against Charles Martin (25-1-1, 23 KOs), his first opponent who is a former world titleholder. Kownacki’s following, already sizable before he missed three years from 2010-2013 with a hand injury, has grown steadily thanks to frequent appearances on PBC cards in his backyard of Brooklyn.

Against Martin, the 29-year-old Kownacki is facing the man who held the IBF heavyweight belt for three months, winning it in January of 2016 when Vyacheslav Glazkov retired with a right knee injury, and losing it in his first defense when a right hand from Anthony Joshua put him down in the second round.

Ask Kownacki though, and he’ll tell you that the 32-year-old from St. Louis doesn’t have much more experience than he does.

One of those questions, Kownacki asserts, is his ticker.

Since the Joshua loss, Martin, a southpaw, has beaten a pair of tuneup opponents in short fashion but hasn’t fought since July of 2017.

Kownacki’s pressure, and right hand punching power, are among the reasons why Kownacki has caught on with Polish fans in the New York area. Once among the most visible fanbases in the country, Polish fans have had few attractions stateside to latch on to since Tomasz Adamek’s slide from heavyweight contender began earlier this decade.

Born in Lomza, Poland, Kownacki and his family settled in Greenpoint, a Polish enclave in Brooklyn. It was there the big man put on the gloves to drop some weight, before eventually becoming New York Golden Gloves champ in 2006 and finishing runner-up in the two years afterwards.

Kownacki began to show hints that he was more than just an exciting ticket seller last year, when he blasted out former title challenger and compatriot Artur Szpilka in four rounds, and in his last bout, scored a sixth round knockout of once-beaten Iago Kiladze on the Errol Spence-Lamont Peterson card in January.

His wins have earned him a no. 10 rating by The Ring at heavyweight, and no. 10 and 12 by the WBC and IBF, respectively. The  Martin fight should show where Kownacki fits into a division which has suddenly become very interesting with Joshua and Deontay Wilder holding belts, and a resurgent Tyson Fury figuring in as well.

“I have to win this fight to prove that I’m a real contender, that I can hang with the big boys. It’s the most important fight of my career,” said Kownacki.

For this bout, Kownacki said he’s worked on improving his defense and footwork, and has sparred with 2008 Olympic silver medalist Zhang Zhilei, plus unbeaten local big man Mike Coffie. Though he fought at 242 pounds for the Szpilka fight, the 6’3” Kownacki expects to be in the 255-260 range, he says to keep the 6’5”, 250-pound Martin from pushing him around.

If there’s one thing Kownacki doesn’t need work on, it’s his confidence.

“I can’t wait to give the fans what they want they want, which is a knockout.”