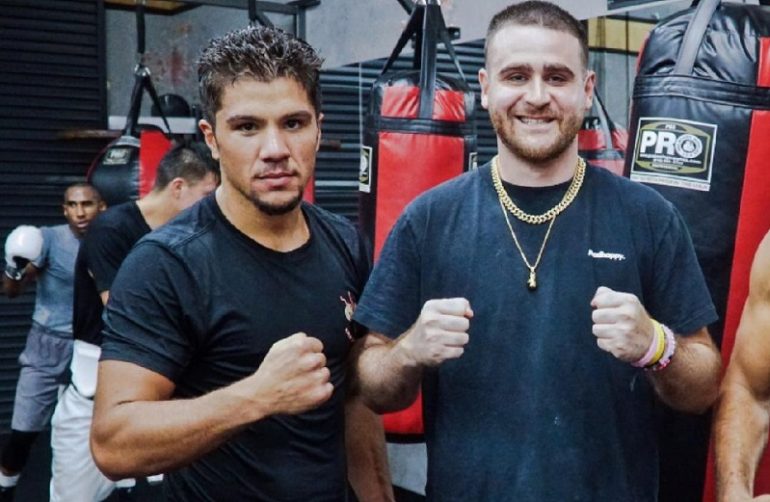 A year ago, Shane Shapiro would shake his head and mutter to himself under his breath, wondering why he even got into this crazy boxing business. He wasn’t really sure if he made the right move. Money was going out for training camps, fighters’ needs and basic commodities and nothing was coming in. He was beginning to hear it from his family and investors. The anxiety strain was waning on his health.

His clothes hung off his lanky 6-foot-3 frame.

However there was always something echoing in the back of his 25-year-old head that he couldn’t ignore: “Don’t forget who you are and where you came from. I’m a strong person. I come from strong people.”

Shapiro’s 92-year-old maternal grandfather David Wiener is a holocaust Auschwitz survivor, who came to the United States with a dollar and change in his pocket to become a successful commercial real estate developer. His mother Helene Shapiro is a two-time cancer survivor. And Shane himself survived thyroid cancer at 18, requiring a six-hour surgery that pretty much scuttled his plans of a baseball scholarship.

So with all of that strong blood coursing through his veins, do you think the young, Los Angeles-based boxing manager was going to sit there and sulk for long?

“I really wasn’t sure where I was headed in life and it was the worst summer of my life,” Shapiro recalled. “I never felt so low. It seemed like everything was crashing down around me. I just had to change my whole mental outlook. I realized how strong I am and my own self-worth and who I was raised by.

“If you don’t believe in yourself, no one else will. I started holding the mitts for my fighters and, in a weird way, boxing saved me. Boxing has changed my life in ways I never imagined. It helped take my mind off the anxiety and living with the fear that the cancer would come back. We are only here for a short time – and I might as well make an impact on other people when I can and live more for today.”

On September 28, Kilic will be featured on Showtime’s “ShoBox: The New Generation” in an eight-round bout against Donnie Marshall (9-0, 6 KOs), from Pechanga Resort & Casino, in Temecula, California.

Shapiro, a 2011 Beverly Hills High School graduate, who is finishing his business degree at Drexel University online, has survived the rugged shoals of constantly being told “No,” being doubted and questioned because of his age and being laughed at because he wasn’t “connected” like other budding managers just starting in the game.

He manages to juggle four fighters, being a full-time student, and is able to make a living doing it.

Shapiro would wander the Los Angeles gym scene everywhere with Kilic, a decorated amateur from Germany with a Turkish background. Before long, the two became inseparable – the Jewish kid from L.A. and the Turkish Muslim, who now live with each other. 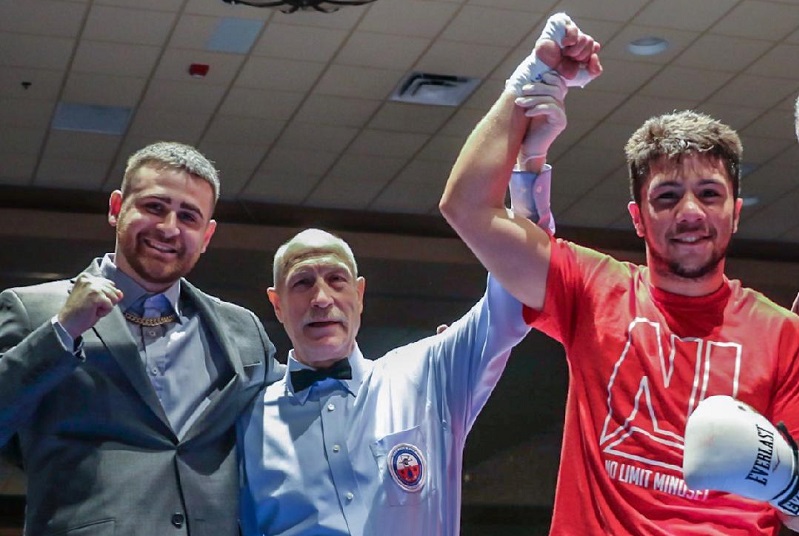 Shapiro had just graduated high school when he first met Kilic, through a friend of Shapiro’s, at an auto repair shop. Shapiro and Kilic first communicated through webchat, since Kilic spoke no English. They interacted like that for a year, until Kilic committed and opted to move to the United States on May 14, 2014.

They popped into the Freddie Roach’s Wild Card Boxing Club and Roach liked what he saw.

“My goal was to help fighters and give people an opportunity,” Shapiro said. “That’s why I got into boxing. I believe if you can do the job, your age shouldn’t matter but there were a lot of obstacles at first. A major promotional company pretty much told me and Kilic that we had no business being in the gym.

“A lot of people told me ‘No.’ My mother told me at a young age how to trade stocks and that was a help in the beginning. My family has been a big help but nothing was ever going to be handed to me. I learned from my grandfather how to develop properties. My family has invested in me – and it’s great that they believe in me.

“Without my parents and my family, I wouldn’t be in this business. There was some doubt; I’ll admit but as Cem has developed and they see the direction we’re heading, there is faith. There were a lot of people who did laugh in my face. My parents asked me multiple times, ‘Are you sure this is what you want to do?’ My answer has always been the same: ‘I’m staying with this.’”

Each time the doubts would come, Shapiro’s resolve strengthened.

Shapiro says he is inspired by Sean McVay, the 32-year-old head coach of the Los Angeles Rams, who brought a losing franchise to the NFL playoffs last season.

“I had promoters, trainers, managers, they all laughed, ‘Who is the young guy standing in the corner?’” Shapiro said. “Our story is different than most people, this Jewish kid and the Muslim kid together living out our dreams. Cem is a practicing Muslim and I’m a practicing Jew.

It’s why Shapiro embraced his nadir, last year. He was having a hard time getting his guys fights. He wasn’t in school. He was admittedly in a bad place.

The adversity forced him to lighten up and change his mindset.

Shapiro has gained 50 pounds of muscle since August 2017. It came by simply walking into the gym and working directly with his fighters.

“My grandfather always tells me, ‘Don’t forget who you are and where you came from,’” Shapiro recalled. “When someone like my grandfather tells you that, it’s real and it sinks in. You overcome that fear of failure. Cancer impacted that. I learned you live more for today and I believe in that.”