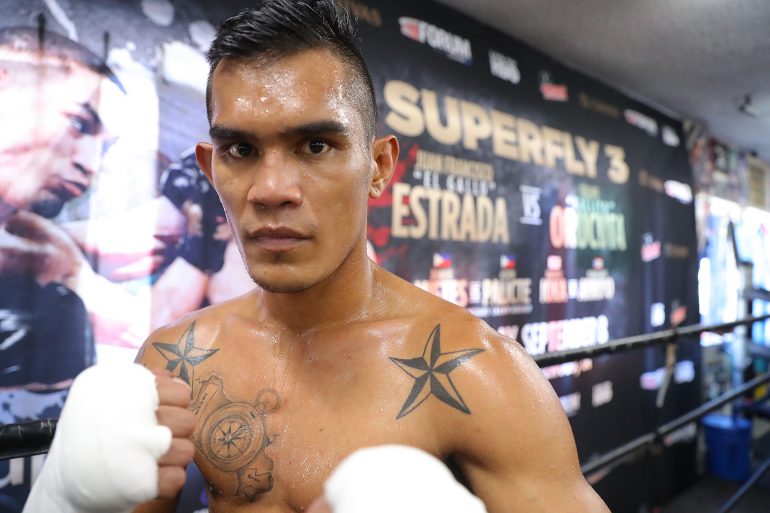 The dominant story line surrounding the unlikely Filipino vs. Filipino world title match between Donnie Nietes and Aston Palicte is the possibility of Nietes ascending to rare company in the history of boxing, joining only Manny Pacquiao and Nonito Donaire Jr. as boxers born in the Philippines to have won world titles in four separate weight classes. 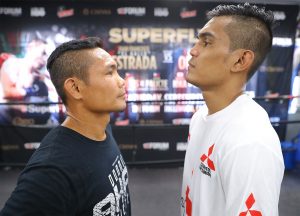 To do so, he’ll have to vault over Aston Palicte, a long-time 115-pounder with a distinct height (5-foot-7 to 5-foot-3) and reach advantage, and who is also nine years younger than him at 27.

The primary edge Nietes is perceived to have is in the experience category, having gone 17-0-1 in world title fights in his 15 years as a pro.

Palicte, the No. 2-ranked contender for the vacant WBO junior bantamweight title, maintains that his experience in the ring, first as a grade schooler throwing hands each week in inter-barangay (neighborhood) matches, to his time as a member of his country’s national amateur team, have prepared him for this moment.

“I don’t believe it’s a factor because I have been a national boxer representing the Philippines,” said Palicte (24-2, 20 knockouts), the Bago City native who says he had about 300 amateur fights beginning at age 10.

“Donnie is just ahead of me in terms of age, but not experience.”

While Palicte waited for his title opportunity, Nietes (41-1-4, 23 KOs) had the WBO’s No. 1 ranking bestowed on him for his body of work as a pro, which includes WBO belts at 105, 108 and 112 pounds, and victories over a much higher caliber of opposition than Palicte has yet faced in the pros.

The two hail from the same province – Negros Occidental – and Palicte admits that he had once admired the boxer known as “The Snake” during his younger years, looking up to his country’s champions as models of the success he wanted to achieve after turning pro in 2010. He’ll get his chance to join the list of world titleholders this Saturday, September 8, when he meets Nietes at The Forum in Inglewood, California as part of HBO’s SuperFly3 broadcast.

To Palicte, it doesn’t matter at all that his success would come at the expense of a countryman whom he once called “idol”. 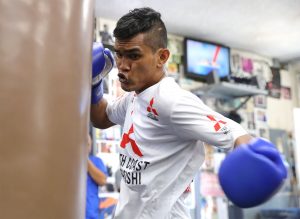 “Being that it’s against another Filipino doesn’t really mean so much to me. The fact that it is a world championship fight is what’s important to me,” said Palicte.

Fighting runs in the Palicte family, or at least in Aston’s generation of it. From a brood of 10, three became boxers. His older brother, Vincent, was also a member of the national team and had been his inspiration to first put on gloves. His pro career fizzled out after a promising start before briefly working as Aston’s trainer. A younger brother, James, is fresh off a stint representing the Philippines at the Asian Games in Indonesia.

Aston had established himself as a fighter to watch with his big KO power but his inconsistencies in conditioning and technique had placed a question mark over his potential. His first defeat, a fourth round technical knockout in 2012 against Romnick Magos, came about after Palicte scored an early knockdown before his stamina failed and he was dropped twice. A 2016 split decision loss to Junior Granados may have been a case of a foreigner getting the short end in Mexico but highlighted how his power dipped off after the middle rounds. 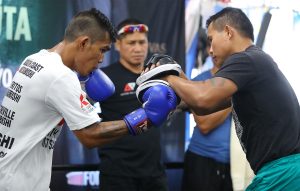 The search for a trainer who could bring out the best in Palicte led manager Jason Soong to Rodel Mayol, a Filipino now based in Los Angeles who had himself held the WBC junior flyweight title in his previous career.

Mayol began working with him in 2016 and observed that Palicte had heavy hands (“he’s like a featherweight in terms of his power”) and could box, but his stamina was lacking, and his sinewy frame left him vulnerable to body shots.

That’s what Mayol set out to improve on, and after signing with Roy Jones Jr. Promotions, Palicte has outpointed the previously unbeaten Oscar Cantu, stopped an older journeyman in John Mark Apolinario, and in his most appealing performance so far, scored a brutal fifth round stoppage of Jose Alfredo Rodriguez last December.

Mayol had sparred many times with Nietes when they trained together at the ALA Gym, and has been in the ring with Palicte. He predicts that if Nietes stands in front of Palicte, his fighter’s power will overwhelm the veteran champ.

“We trained for 12 rounds but I don’t think Nietes can handle his power. If Nietes won’t run, then he will knock him out in the early rounds,” said Mayol.

“Aston is the most powerful 115-pounder right now.”

The key, Mayol says, will be to keep the shorter Nietes at distance where Palicte’s longer arms can get their work done and Nietes, who has never fought in the weight class, can’t reach him.

“We don’t underestimate Donnie Nietes because he’s been a champion for a long time. For sure he’s a very good fighter but this weight is very big,” said Mayol.

Palicte has a higher motivation, to win a world title before his son turns one on September 29, and he isn’t hesitant about doing so at Nietes’ expense.

“The training camp is only focused on one thing, and that is to win the fight.  If it is by knockout we will be happy to take that. But we are not going just for the knockout; we’re there to win the fight with any outcome,” said Palicte.