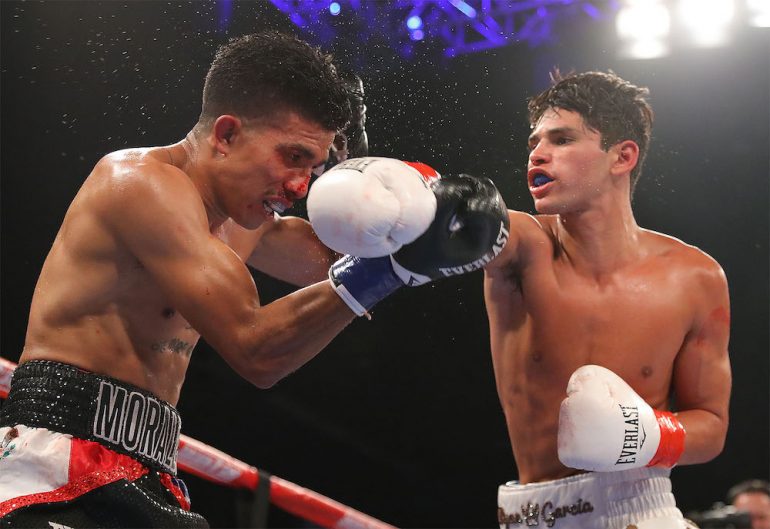 INDIO, Calif. — It may not have been the sharpest performance in his young pro career, but Ryan Garcia did enough to come out victorious.

Garcia held off a late rally by Carlos Morales to win a hard-fought 10-round majority decision, improving to 16-0 (13 knockouts).

The fight was a crossroads clash between the unbeaten Garcia, who has a huge social media following, and Morales, who was victorious over Dardan Zenunaj in his last bout on December 14.

Garcia, who resides in Southern California High Desert city of Victorville, last fought on May 4, winning a one-sided decision over Jayson Velez over 10 rounds.

The 20-year-old Garcia was effective early on in the fight, utilizing his speed and ring acumen to outbox Morales, giving the partisan, sell-out crowd at the Fantasy Springs Resort Casino a lot to cheer for.

Morales bullied his way inside of Garcia’s reach, resulting in multiple clinches, but scored with an occasional hook or cross to the head.

Afterward, Garcia thought the fight was closer than the two judges who had him winning the fight.

“It was close,” said Garcia to a pool of reporters . “I don’t know what it was. I felt more fatigued in the final rounds.”

Asked what he took away from his performance, Garcia said he could have used better head movement.

“I could have used my head better. I pulled back at times. I need to move my head more side-to-side.”

Morales, who resides in the Los Angeles neighborhood of Highland Park, drops to 17-3-3 (6 KOs).