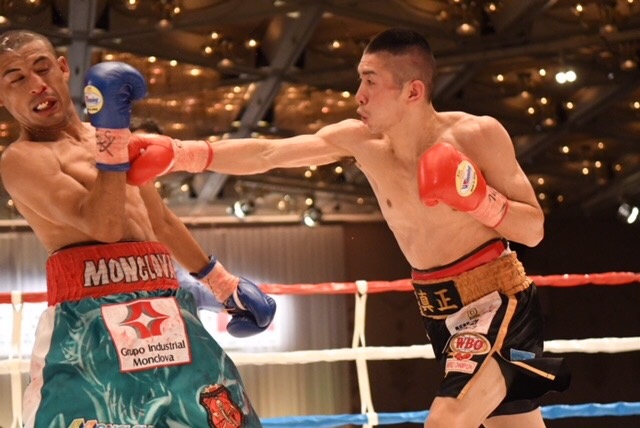 Former WBO strawweight champ Ryuya Yamanaka has announced his retirement from boxing at age 23 after being diagnosed with bleeding on the brain following his decision loss to Vic Saludar last month.

Yamanaka (16-3, 5 KOs) made the tragic revelation at a press conference on Friday, according to Kyodo News, saying he was not expecting his career to come to such an abrupt end.

“I couldn’t accept it at first. I thought I could keep boxing until I was 30,” said Yamanaka, who turned pro in 2012, overcoming two early defeats to win his world title in August of 2017 with a unanimous decision victory over Tatsuya Fukuhara.

After hurdling the first defense against Moises Calleros, Yamanaka made a voluntary defense against Saludar. Saludar dropped Yamanaka in the seventh round and left him bleeding from a cut over his eye, but it would be the bleeding that wasn’t visible to spectators that would prove to be most damaging.

“[Retirement] came a lot faster than I thought it would, but I want to thank everyone around me for their support,” said Yamanaka.

Yamanaka is currently rated the no. 8 contender at 105 pounds by The Ring.

The Japan Boxing Commission, like most major commissions, will not allow a boxer to be licensed after suffering a cerebral hemorrhage. Other boxers who have had to retire early due to bleeding on the brain include former heavyweight prospect Joe Mesi and WBC female junior lightweight titleholder Frida Wallberg.