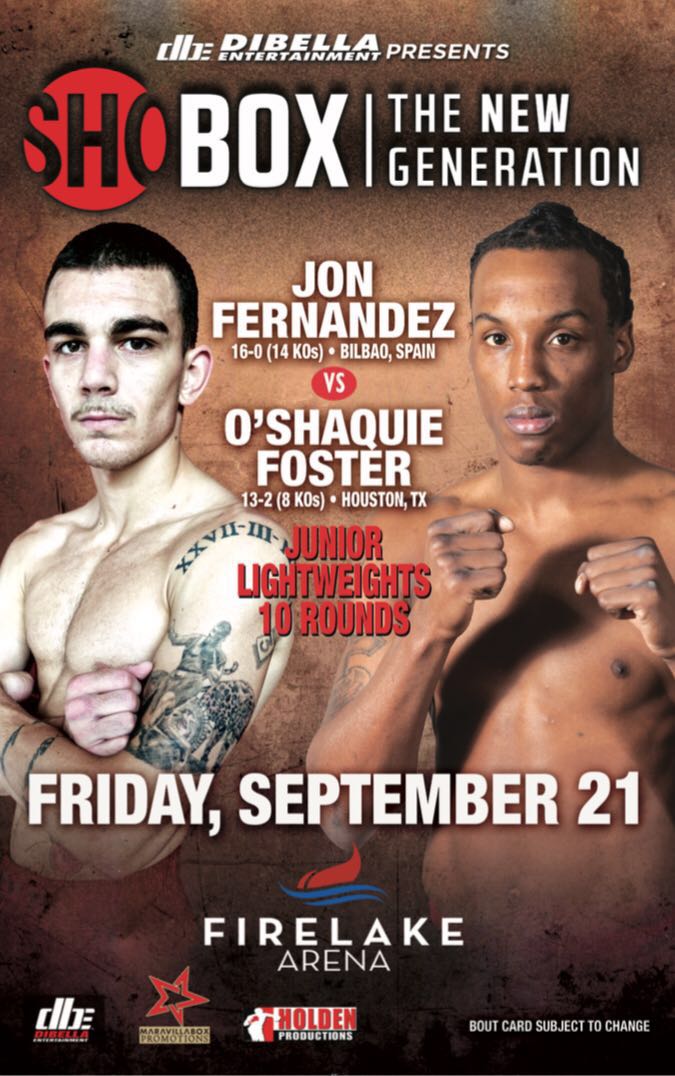 Hard-hitting Jon Fernandez has thrown his name in the pool of a deep junior lightweight division. If he can continue to impress with his punching power and improved skill set, he could wind up fighting for a world title belt sooner than he thinks.

The 23-year-old Fernandez (16-0, 14 knockouts) has displayed extraordinary power since making his pro debut in March of 2015.

Fernandez has gained a following in and around his hometown of Bilbao, Spain, along with stablemate and welterweight contender Kerman Lejarraga. After winning his first two fights by decision, Fernandez has stopped his next 14 opponents.

In his most recent fight on June 29, Fernandez knocked out former junior bantamweight title challenger Henry Maldonado in the third round.

According to Lou DiBella (who promotes Fernandez with former world middleweight champion Sergio Martinez), Fernandez has the goods and believes he can compete against any of the top of the junior lightweights.

“Fernandez has a great understanding of the ring for a young star,” DiBella told RingTV.com in a text message on Thursday night. “He has great athletic ability and his punch output is on par with the top of the division.

“He doesn’t shy away from any challenge and I believe he is destined to a be a world champion.”

September 21 will mark the third time Fernandez has appeared on ShoBox. His most memorable performance was a brutal one-punch knockout victory over Juan Reyes on June 9 of last year.

Foster (13-2, 8 KOs), who resides in Houston, Texas, won an eight-round majority decision over fringe contender Frank De Alba, in his most recent fight on April 13.

Foster has won his last three fights and five of his last six outings.

In a clash of unbeaten featherweights, Irvin Gonzalez (10-0, 9 KOs), of Worcester, Massachusetts, will face Spain’s Carlos Ramos (9-0, 6 KOs) in an eight-round bout. Ramos is also promoted by Sergio Martinez.