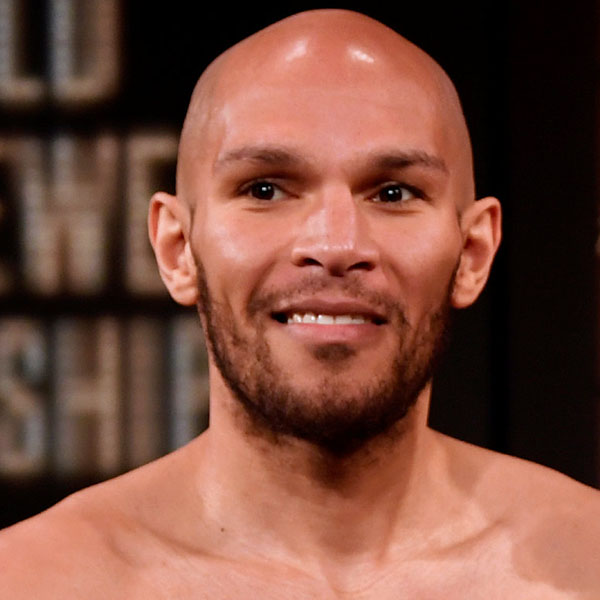 On a bizarre night of boxing which featured one man walking out of the ring at the opening bell and another being forcibly ejected from it, Minnesota fans got a happy conclusion with the victory of two of their hometown favorites.

Jamal James (24-1, 11 knockouts) sliced Mahonry Montes (35-8-1, 24 KOs) in half with a left hook to the midsection in round two, with referee Mark Nelson reaching the count of ten at the 2:58 point in the Premier Boxing Champions (PBC) on FS1-televised main event emanating from the historic Minneapolis Armory.

James, 30, showed once again that he is an effective body puncher despite his lanky, 6’2″ frame. It is the second time in three fights that the welterweight contender has stopped an opponent on a body shot, following his third round knockout of Diego Chaves last December.

Montes, 28, has now been stopped three times in his career.

Right after James finished his business, Caleb Truax, fighting for the first time in his home state since winning and losing the IBF super middleweight title in two fights with James DeGale, jumped back into the win column with a third round technical knockout of Fabiano Pena.

Truax, 34, overwhelmed Pena until an uppercut put him down on the canvas. Pena beat the count but was unsteady on his legs, causing the ref to stop the bout.

It had been a rollercoaster last few months for Truax, from nearby Osseo, Minnesota, after he pulled one of the biggest upsets of last year in December with a majority decision victory over DeGale in the United Kingdom, before losing a razor thin unanimous decision in Las Vegas in a rematch this past April.

Truax told The Ring before the fight that he had been floated as a potential challenger for Jose Uzcategui and David Benavidez, holders of the IBF and WBC super middleweight titles, respectively, and also Julio Cesar Chavez Jr. when he returns to the ring.