Ruben Villa: ‘Just like in the ring, nothing in life should be easy’ 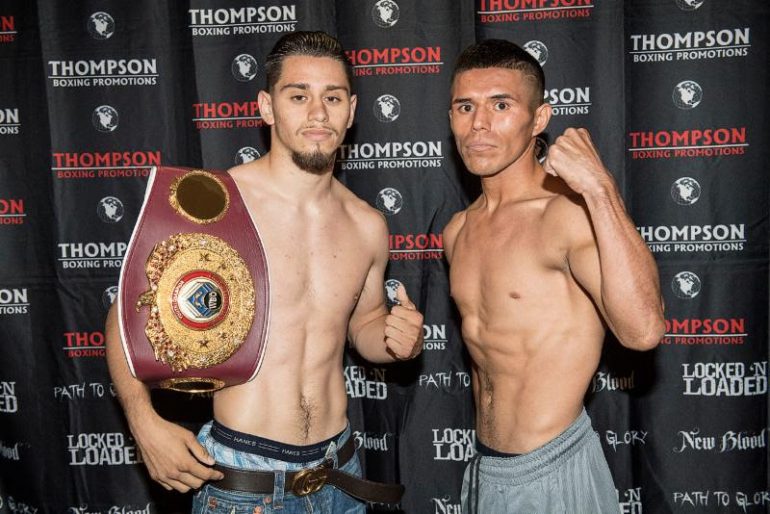 Unbeaten Ruben Villa could ask his promoter and management for easy fights to pad his record. That is not who he is, however.

Growing up in the blue-collar city of Salinas, California, Villa knows about working hard to earn a better life. The same applies in the boxing ring and, so far, it has worked for him.

The eight-round bout will headline a Thompson Boxing Promotions card and can be streamed on ThompsonBoxing.com or its Facebook page (11 p.m. ET/ 8 p.m. PT).

At Thursday’s weigh-in, Villa tipped the scale at 125.8 pounds, while Gonzalez weighed in at 125.9 pounds.

Villa (12-0, 5 knockouts), a former amateur standout, last fought on June 30 in Sacramento, knocking out Ricardo Lopez in round six. Not known for his punching power, the 21-year-old Villa has begun to implement an aggressive style, in which he sits down more on his punches.

Gonzalez is moving up in weight, having mostly fought as a bantamweight throughout his career. Gonzalez lost a majority decision to fringe contender Duke Micah in his most recent bout on November 18.

“I know Gonzalez is a pretty good opponent,” Villa told RingTV.com over the phone, on Wednesday afternoon. “I was sharp in training camp. He’s going to be smaller than me but, if I stick to my game plan, I know I can beat him.”

Gonzalez (23-5, 13 KOs), who resides in Guadalajara, Mexico, has lost three of his last four bouts. Aside from the loss to Micah, Gonzalez has lost to Mzuvukile Magaca, by unanimous decision, and to current WBO bantamweight titlist Zolani Tete, via seventh round stoppage.

Gonzalez may be a dangerous opponent with a lot of experience, for many unbeaten fighters, but Villa wants to challenge himself in each fight.

“When I turned pro, I made the decision that I did not want any easy fights,” said Villa, who is trained and managed by Southern California trainer Danny Zamora. “I want to fight the veteran fighters now to prepare me to face tougher opposition later. I’ve gotten to the point where these fighters have to adjust to me. I want to keep learning, so that I apply this when I face real competition.” 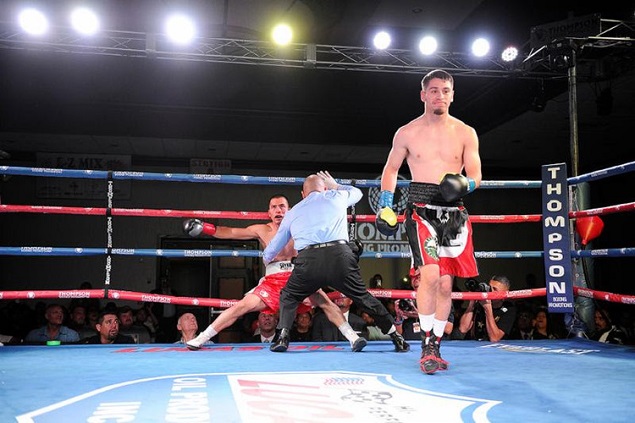 Villa was a decorated amateur before turning pro in July of 2016. Villa’s standout performances include two victories over Shakur Stevenson.

A showdown with Stevenson, Michael Conlan and other top featherweight prospects are inevitable, according to Villa, but he is focused on the present.

“Stevenson and the other top prospects deserve what they have. I’m not the type to call out the other fighters. My time will come and I’m being patient. I’m paying my dues right now.”

For now, Villa is the face of one of the young faces of Thompson Boxing and Banner Promotions, which co-promote Villa. He is also the face of his hometown.

Villa is grateful for the support he has received but he believes he has a bigger purpose, including reaching out to the youth of Salinas.

“I appreciate the support I have from my family and friends. I never forget my upbringing and the humble roots where I’m from. I’m using my platform to give back to my community.

“I talk to the kids and I tell them to stay away from the wrong crowds. To choose something to do and do their best. I work hard but I also work hard for my community. Just like in the ring, nothing in life should be easy.”

Francisco A. Salazar has written for RingTV.com since October of 2013 and has covered boxing in Southern California and abroad since 2000. Francisco also covers boxing for the Ventura County (California) Star newspaper, BoxingScene.com, and FightNight.com. He can be reached by email at [email protected] or on Twitter @FSalazarBoxing.