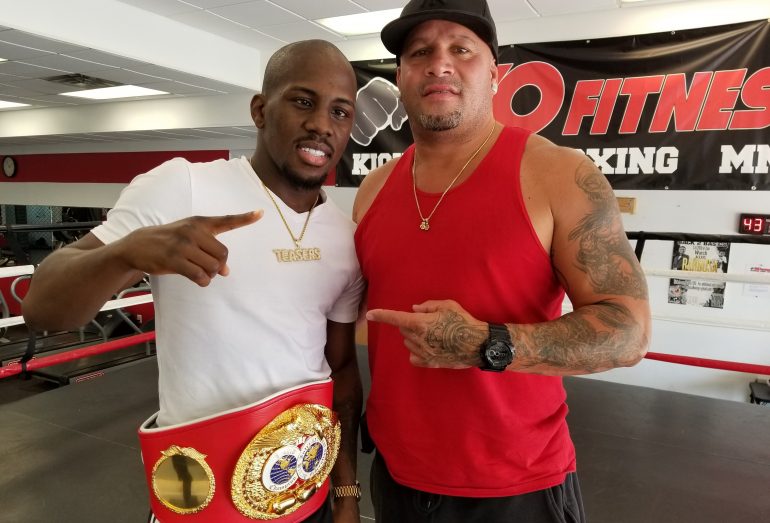 It’s all coming good for “The American Idol”.

Farmer, who is rated No. 4 by The Ring at 130 pounds, will make the first defense of his title against Belfast’s James Tennyson on October 20, providing chief support to the WBO middleweight title bout between Billy Joe Saunders and Demetrius Andrade.

Earlier this month, Farmer claimed the vacant title by outpointing Billy Dib in Sydney, Australia. It was a sweet moment for the Philadelphia native who came out on the wrong end of a split decision in a prior title fight with Kenichi Ogawa in December. That result was changed to a no-contest when Ogawa tested positive for a banned substance.

Farmer, who also had to recover from a gunshot wound to the hand sustained in July 2017, is now looking to unify as soon as possible, with rival champions Gervonta Davis (WBA), Miguel Berchelt (WBC) and Masayuki Ito (WBO) all on his radar.

“Winning that belt after everything I’ve been through brought me indescribable joy,” said Farmer (26-4-1, 5 knockouts). “I always felt that I was a true champion. I just had to go over to Australia, capture the title and prove it, and I did just that. I came home a champion and celebrated, but I got right back in the gym.

“I want to be an active champion and defend my title. That’s why I’m so thrilled about this deal. Ultimately, my goal is to get all the belts and I’ll do whatever it takes. I’m open to fighting anybody to unify. I’m looking forward to showing the world who Tevin Farmer is and what I can do.”

“Through all of Tevin’s hard work, heart and determination, he overcame the odds, achieved his dream, and now he can enjoy the fruits of his labor,” said Lou DiBella, President of DiBella Entertainment. “This is a great deal that will help progress Tevin’s career as he begins his championship reign. Starting with his first title defense in October, Tevin will stay active as we work toward getting him the biggest and most meaningful fights available.”

“Tevin Farmer has a great story but more importantly to me the man can really fight,” said Eddie Hearn of Matchroom Boxing USA. “He showed great heart to bounce back from that shocking decision in Las Vegas and go to Australia to win the title – and now the world is his oyster.

“We have a great fight lined up for him in October, but the ultimate focus is Gervonta and other unifications. We are going to keep him nice and busy and we look forward to working with Tevin and Lou on this exciting journey.”