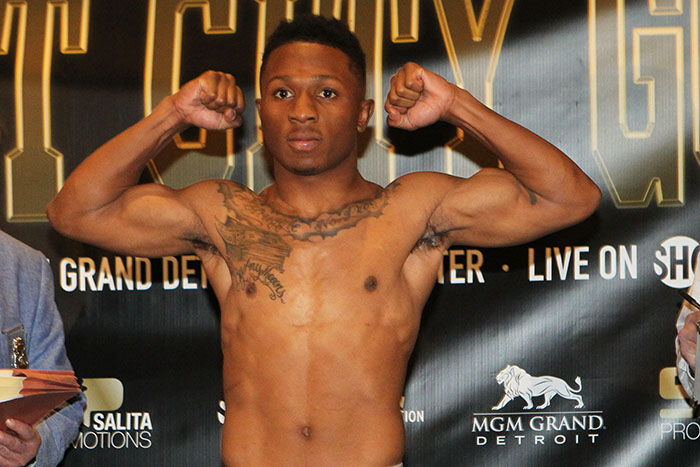 It was announced on Monday that bantamweight contender Joshua Greer Jr., who is known for his recent string of knockout victories, has signed a multi-fight promotional deal with Top Rank.

Following consultation with Top Rank and manager James Prince, Greer, who resides in Chicago, has decided to remain at bantamweight after competing between 118 and 122 pounds in his past four fights.

“It’s a great opportunity and a dream come true,” said Greer, who is also co-promoted by Antonio Leonard. “I’m ready to show the world who I am. There are different levels in boxing and, with Top Rank, I feel like they can help me become a world champion and give me the exposure I want. Don’t blink!”

Greer (17-1-1, 9 knockouts) has fought a handful of times on “ShoBox” telecasts. In his last bout, on May 11, he scored an eighth-round stoppage over Glenn Dezurn in Philadelphia, Pennsylvania.

The young prospect’s most notable victory was a one-punch highlight-reel knockout of James Smith in March 2017. Afterwards, Greer pulled out a white pillow with his catchphrase “Don’t Blink!” written on it.

With the signing to Top Rank, Greer will fight on all the ESPN platforms, including ESPN and ESPN+.

Greer has maintained a busy schedule since his pro debut in September 2015, fighting eight times in 2016 alone.

The 24-year-old Greer has won his last 14 bouts since a four-round majority decision loss to junior featherweight Stephen Fulton in December 2015.