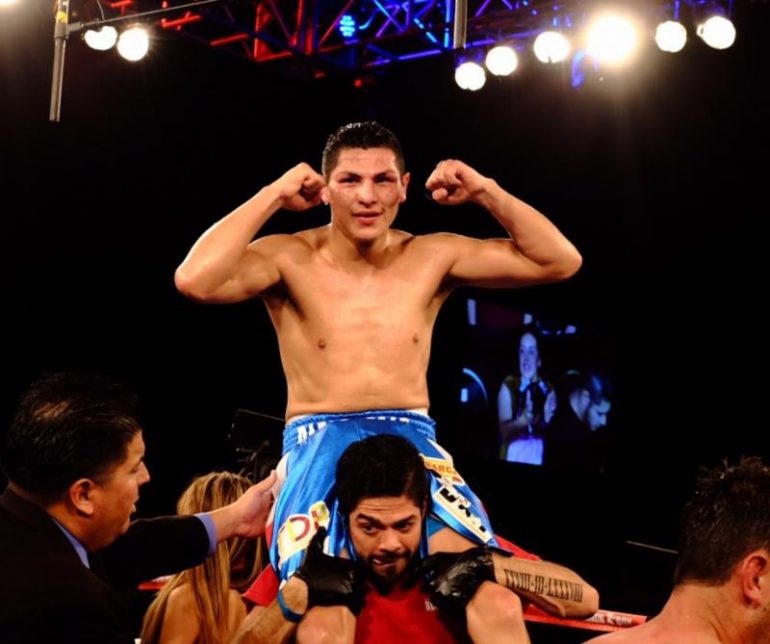 The 10-round bout will take place inside The Joint at the Hard Rock Hotel and Casino in Las Vegas. ESPN2 and ESPN Deportes will air the bout live (8 p.m. ET/ 5 p.m. PT).

This Golden Boy Promotions card goes down two days before the highly anticipated rematch between Canelo Alvarez and Gennady Golovkin, which take place across town at the T-Mobile Arena.

Just like Saturday’s clash, the bout between Cano and Madiev will have a Mexico vs. Kazakhstan theme. Both fighters are boxer-punchers who are aggressive, but Cano has fought the better competition by far.

Cano (30-7-1 1 NC, 21 knockouts), who resides outside Mexico City in Atizapan de Zaragoza, was knocked out in his last bout by Marcelino Lopez on Oct. 13. He has lost three of his last four, but the other two defeats were by split decision to Alan Sanchez and Fidel Maldonado.

“I am very happy to be back in an important main event on ESPN,” said Cano, whose last win was by split decision over Mauricio Herrera in November 2016. “I’m going into this fight with hunger for victory and a desire to vindicate myself against a good fighter like Ruslan Madiev. I have no doubt that our styles will mesh well to give a great fight.”

Madiev (12-0, 5 KOs) has the distinction of being born and raised in Karaganda, Kazakhstan, the same city Golovkin grew up in. The 25-year-old prospect now resides in Big Bear Lake, California, where he is trained by Abel Sanchez.

In his last bout on May 5, Madiev won a 10-round unanimous decision over Jesus Perez.

“I’m very excited to fight in Las Vegas on such a massive weekend for boxing and look forward to testing myself against Pablo Cesar Cano,” said Madiev. “I’ve been training hard in Big Bear and will be prepared for victory on Sept. 13.”

In the co-feature, super middleweight Maricela Cornejo and Franchon Crews will asquare off over 10 rounds.

Cornejo (12-2, 5 KOs) knocked out overmatched Samantha Pill in her last bout on July 13. The Los Angeles resident has won her last eight bouts.

Crews (3-1, 1 KO), who resides in Baltimore, Maryland, is best known for making her pro debut against Claressa Shields in November 2016, losing by decision. The former amateur standout has won her last three bouts.

Welterweight Raul Curiel (4-0, 3 KOs), who represented Mexico at the 2016 Olympic Games and is now trained by Freddie Roach, will fight Ryan Pino (8-2, 4 KOs) of Puerto Rico in a six-round bout.