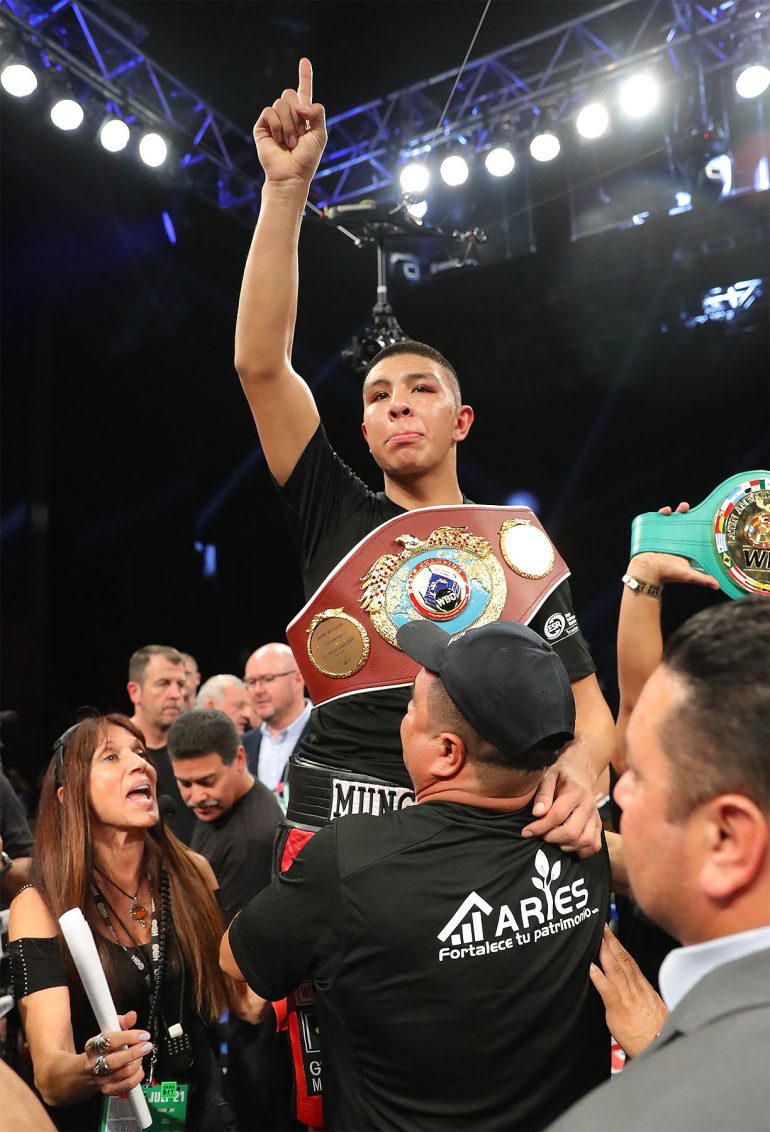 When Canelo Alvarez and Gennady Golovkin first met in the ring last September, the fights that were chosen as chief support were forgettable.

With Canelo and GGG set to scrap again for the middleweight title on September 15 in Las Vegas, the HBO Pay-Per-View undercard looks much more solid this time around.

The three-fight televised undercard was announced Monday and each of the matchups figures to provide plenty of action. Junior middleweight titleholder Jaime Munguia will defend his belt against Brandon Cook in the featured undercard fight, and the Mexican is a potential future foe for Canelo or GGG.

Middleweights David Lemieux and Gary “Spike” O’Sullivan will meet in a 10-round slugfest, and the winner figures to secure a meaningful bout at 160 pounds nezt year.

Roman “Chocolatito” Gonzalez will return for the first time since his knockout loss to Srisaket Sor Rungvisai in a fight against Moises Fuentes that will kick off the telecast.

“I’m very motivated to be in such an important card,” said Munguia, who outpointed Liam Smith in his first title defense in an HBO main event last month. “It will be the most important boxing event of the year. For me it is an honor to be on this card supporting Canelo Alvarez, who is also Mexican, on a date that is so special for Mexico, for me and for all of the people.”

Munguia (30-0, 25 knockouts) will be pegged as a heavy favorite to remain undefeated. Cook was slated to compete against former welterweight titleholder Kell Brook this summer before the Brit withdrew with an injury.

Lemieux and O’Sullivan have been trading barbs on social media for weeks. The matchup of 160-pound brawlers is an intriguing one. Both fighters are limited, but if they come forward as promised, the fight could threaten to be the best of the undercard.

Lemieux and O’Sullivan are both rated in The Ring’s top 10 at 160 pounds, but the loser figures to be relegated to gatekeeper status.

“I’m looking forward to fighting ‘Spike’ O’Sullivan next. I have some unfinished business at 160,” said Lemieux, who was dominated by Billy Joe Saunders in December. “We’re going to take one fight at a time. Spike is an action fighter, like me. He’s a tough cookie and comes to fight. This is a fight for the fans. Come September 15, I want to steal the show.”

On the same December night Saunders made Lemieux look silly, O’Sullivan scored the biggest victory of his career, a knockout of former hot prospect Antoine Douglas.

“This fight is just another step towards fulfilling my ambition of becoming a world champion and providing a good life for my family,” said O’Sullivan. “David Lemieux is just an object in my way that I fully intend smashing through! Then, I want Canelo or GGG — either one, it doesn’t matter. I’m going to war!”

Gonzalez was once the pound-for-pound king, but repeated defeats to Rungvisai knocked him from his perch. The lasting scene of Gonzalez’s last outing was of him lying unconscious on the mat. It remains to be seen if he still has what it takes to compete at the highest level, but Fuentes, a former titleholder, should provide some answers.

Gonzalez said he expects a “strong challenge,” while Fuentes has his sights set on something much greater.

“This will be a difficult fight because of Gonzalez’s style of fighting, but it won’t be impossible,” Fuentes said. “In boxing, nothing is written. I still have what it takes to do it—a good record and a lot of potential. I’m confident I will win this fight and Gonzalez will be a big trampoline for me to join the highest levels of boxing.”