‘The Contender’ series is revived with a Last Chance U cast

Welcome to “Last Chance U,” the boxing version. EPIX has revived The Contender franchise series, which will premiere on EPIX on Saturday, Sept. 8, at 10.00 p.m. ET/PT.

For fans of the boxing-based, reality-TV show, they’re probably going to like this a little more than the Sylvester Stallone-driven attempt that started it all. One huge plus is not having to endure the “Sly” hype, like he poured on during the one-sided Season One finale between Sergio Mora and Peter Manfredo Jr. by claiming, “This is a candidate for fight of the year. I’ve never seen anything like it,” in 2005. That year, Diego Corrales-Jose Luis Castillo, an all-time great fight, just happened to be the FOY.

Though the hype machine hasn’t stopped with this version, when host Andre Ward opens with the line, “You guys are some of the most promising middleweights in the world today,” to the assembled 16 fighters competing.

The 16 are actually a group that hasn’t significantly distinguished themselves before entering this 15-fight middleweight tournament over a 12-episode season. It is a group, however, that could use the exposure, and maybe along the way, they could pick up a few more fans.

There are a couple of good things about this version on EPIX. Gone are the slo-motion, old-school TV Batman series punches, with the contrived “Pow!” and “Wham!” sound effects. The other unique quality about this version of “The Contender” than what appeared on the network version is the raw language that is a part of every boxing gym in the world.

Ward, Roach and Richardson make the series more compelling than the fighters themselves. Their imparted wisdom to the fighters is absorbing and magnetic. 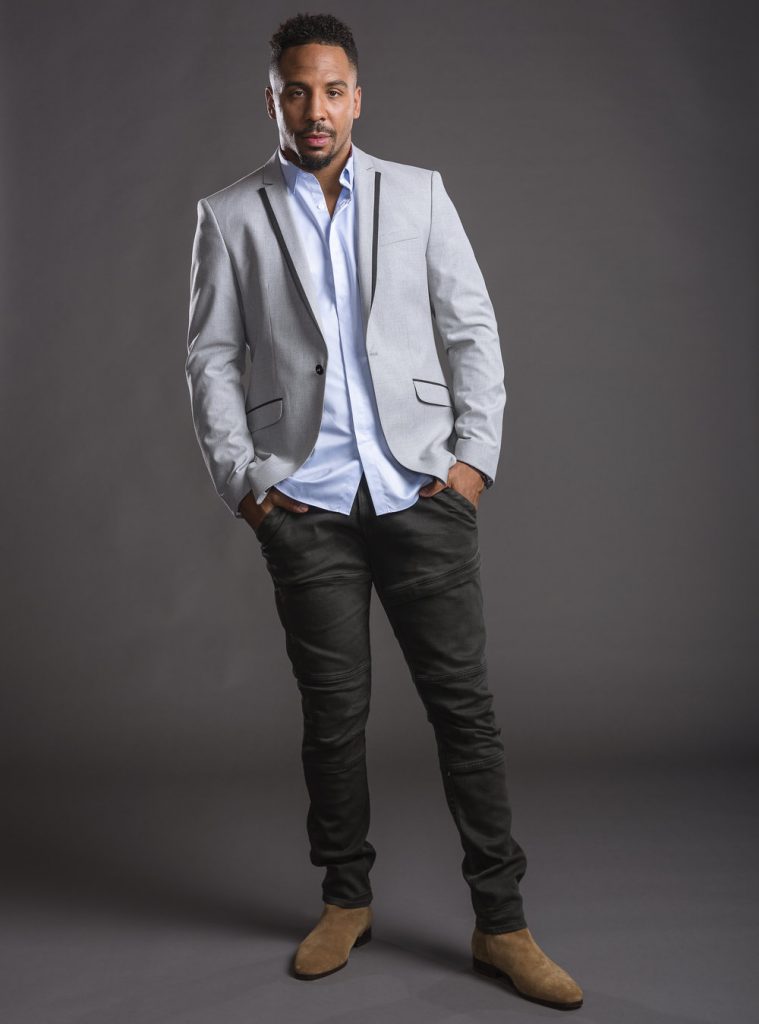 This is a group, however, of entertaining club fighters. Each one has their own personal story arc. Whether their personal tales are enticing enough to become emotionally invested is up to each individual viewer.

But if you’re a true follower of the game, you know these guys are fighting for their last chance at relevance, because this is their last 15 minutes of fame.

Eric Van Wagenen serves as executive producer and showrunner of the revived franchise alongside Mark Burnett, the Contender series creator and President of MGM Television. The format is owned by MGM Television and Paramount Television.

As with most Burnett-created shows, the production quality is top notch. It does bring you into the lives of these fighters.

“The Contender takes unscripted TV to its grittiest. It has incredible professional fighters and real professional fights,” Burnett said. “The edge-of-your-seat drama and true stories sets a tone that our audiences will be expecting and I love it.”

“With this new iteration of The Contender, the focus is on the gritty, personal stories of the fighters battling for boxing glory,” said Michael Wright, EPIX President. “It was important for us to find individuals who not only displayed the boxing chops and resilience in the ring, but who also showed a depth of heart and humor outside of it. Our 16 fighters are vivacious, tough, funny, sensitive, driven and inspiring, and we are excited for our fans to get to know their stories and root for them inside the ring and out.”

The 16 Contenders come from a wide variety of professional boxing backgrounds and stations in life, bringing their unique stories, personalities, strengths and motivations to the series.

Each fighter will be vying to be declared the new 160-pound middleweight champion of The Contender and take home the winner’s $250,000 purse—a prize, which, for all the fighters, represents a better life for their families and loved ones who have been there with them through all the ups and downs of their journeys.

The 16 fighters this season are (records before The Contender):

Ievgen “The Ukranian Lion” Khytrov, Age: 29, Hometown: Brooklyn, N.Y. (16-1, 13 KOs) – A Ukrainian immigrant, Olympian, Ievgen Khytrov recently relocated to America to pursue his dream of becoming a world champion and to create a better life for his family. A dedicated, quiet, religious man. He’s also the one to beat.

Eric “Babyface Assassin” Walker, Age: 34, Hometown: Plaquemine, La. (15-1, 8 KOs) – Incarcerated at 15 years old and spent 14 years behind bars for robbery and attempted murder, Eric “Babyface Assassin” Walker learned to box while in prison. He is now fighting for a second chance at life, living proof that it’s never too late to live out your dreams.

John “Apollo Kid” Thompson, Age: 29, Hometown: Newark, N.J. (18-3, 6 KOs) – After losing his mother to AIDS at six years old, this married performing artist, painter and fighter, John “Apollo Kid” Thompson is here to prove to the world that he can’t be boxed into a single category despite holding impressive titles including the 2015 WBA-NABA junior middleweight, WBO Inter-Continental junior middleweight and Boxcino Tournaments.

Malcolm “The Punisher” McAllister, Age: 27, Hometown: Long Beach, Calif. (9-1, 8 KOs) – Always at the center of schoolyard fights growing up, Malcolm “The Punisher” McAllister now channels his energy into helping others rebuild outside of foreclosure and his young, growing family. He has he built an impressive KO record and claimed the 2014 Golden Gloves title on his journey to take the title of The Contender.

Brandon “The Cannon” Adams, Age: 28, Hometown: Los Angeles, Calif. (17-2, 12 KOs) – A bold fighter in the ring, Brandon “The Cannon” Adams knows firsthand what it means to push through adversity and step up to care for his family when there’s no one else around to. Coming from a poverty-stricken neighborhood, this larger than life father of two marks his return to boxing after a three-year hiatus, initiated by a loss to fellow competitor, John Thompson.

Quatavious “Cash” Cash, Age: 26, Hometown: Las Vegas, Nev. (10-0, 7 KOs) – This Atlanta native is the current record-holder for fastest KO in Georgia. A four-time Golden Gloves state champ and bronze medalist. Quatavious Cash is fighting for his late mother and for the chance to prove that a life of fighting street gangs can be channeled for good. 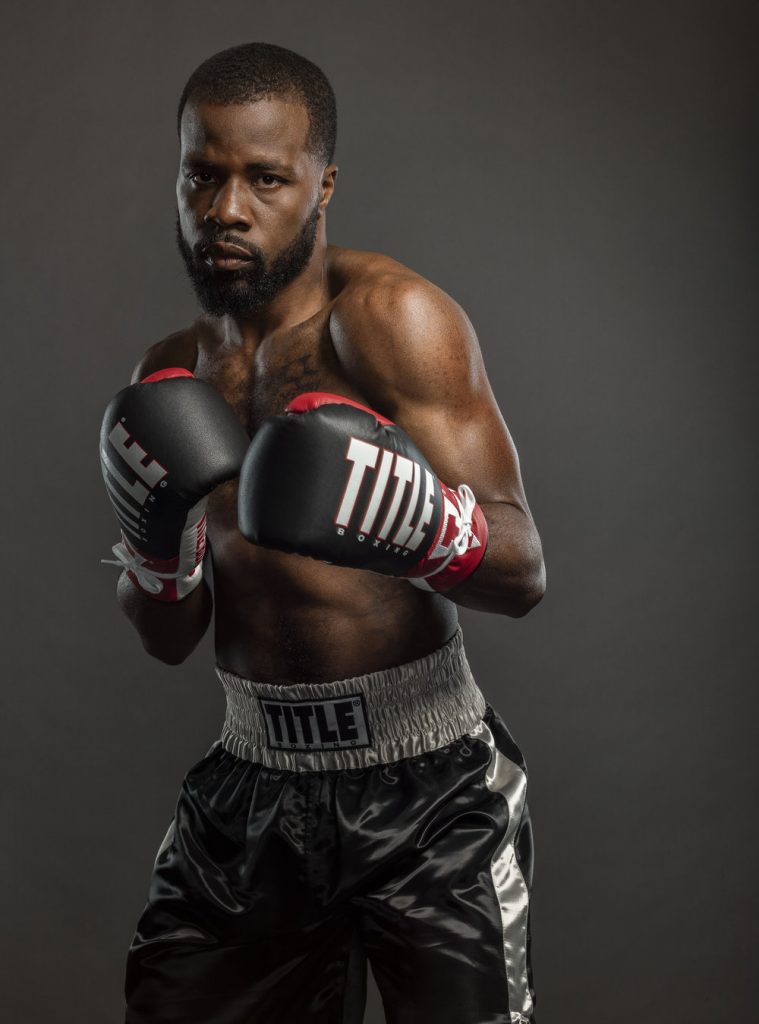 Michael “The Silverback” Moore, Age: 31, Hometown: Cleveland, Oh. (15-1, 7 KOs) – Reformed from a hard life on the streets, fraught with drugs, death and family suicide, Michael Moore is a natural hustler and leader. Married with two kids, Moore is constantly moving from state to state with his family in tow in pursuit of the boxing dream.

Gerald “G5” Sherrell, Age: 24, Hometown: Pittsburgh, Pa. (8-0, 4 KOs) – A fan of the original Contender series growing up, Gerald “G5” Sherrell is an undefeated and explosive fighter with a level of unrivaled and self-proclaimed swagger. Hailing from the projects, this multiple time Golden Gloves, Silver Gloves and Junior Olympic competitor is a local zoo security guard by day, and young father by night. Sherrell is looking to bring boxing glory back to his hometown of Pittsburgh.

Marcos “Mad Man” Hernandez, Age: 24, Hometown: Fresno, Calif. (11-1-1, 3 KOs) – Having been bullied from a young age after an accident left him with burns on 30 percent of his body, Marcos “Mad Man” Hernandez is fighting for his young autistic son, and the hope is that he won’t be bullied the same way he was. With Junior Olympics, 2012 Blue and Gold titles and a “Mexican-go-forward” style, he may be overlooked and underestimated.

Tyrone “Young Gun” Brunson, Age: 33, Hometown: Philadelphia, PA (26-6-2, 24 KOs) – At a time when he needed to sell drugs to support himself at the age of 13, a stepfather’s ultimatum: be grounded or go to the boxing gym was his saving grace. Now a father of two and sitting with one of the best rankings in the competition, his 24 KOs send a signal that he will not fight silently, but his cocky attitude has beat him more than once.

Lamar “Omega” Russ, Age: 31, Hometown: Wilmington, N.C. (17-2, 8 KOs) – One of four kids raised by a single mom and the first person in his family to graduate college, Lamar “Omega” Russ takes pride in being the underdog, and beneath the loud exterior is a boxer that needs to prove he can put his money where his mouth is. HBO, ESPN and a first-round KO on Showtime do all the talking.

John “The Rock” Jackson, Age: 29, Hometown: St. Thomas, U.S. Virgin Islands (21-3, 16 KOs) – A divorced father of two, this slick and agile boxer, John “The Rock” Jackson started fighting at 12 years old, following in his world champion father Julian Jackson’s footsteps at the Pan American Games and 2008 Olympics. He comes from wealth but cares for the underprivileged and dreams of making his island proud, bringing visibility to those struck by recent natural disasters.

Devaun “Unique” Lee, Age: 30, Hometown: Jamaica Queens, N.Y. (10-3-1, 5 KOs) – When one of his friends was shot and killed at 16, Devaun “Unique” Lee knew he needed a way out from the mean streets of Queens. Boxing keeps him straight and so does long hours fueling airplanes and caring for his five-year-old daughter – the real love of his life. Fatherhood and the sport are the motivation to take his NY State Middleweight championship to the next level.