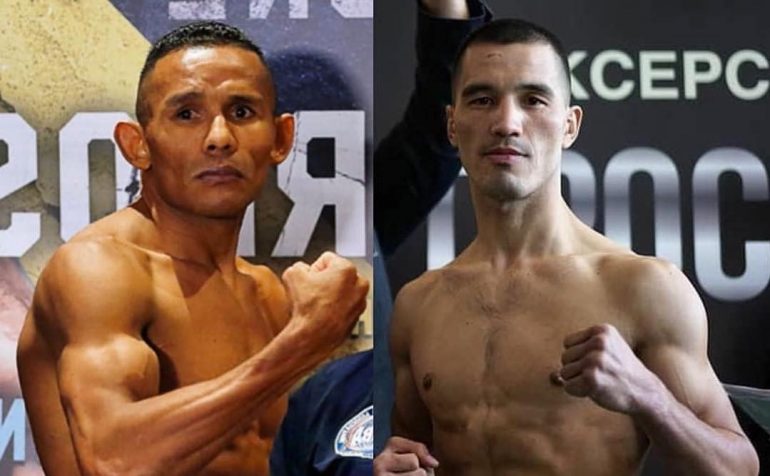 The fight was a crossroads bout between two hard-hitting southpaws. Akhmedov entered the bout unbeaten, but untested, and Barroso had lost his previous fight to Isa Chaniev on May 12.

It looked as though experience was going to win over in Round 3 when Barroso dropped his man with a counter left. However, Akhmedov was not visibly hurt and became more aggressive by the end of the round.

Akhmedov, who is originally from Russia and now trains out of Indio, California, then began walking Barroso down. Wisely, he put focus on the mid-section of the 35-year-old in an attempt to take away his legs.

By Round 8, Barroso had slowed down considerably and was throwing one punch at a time. Akhmedov ended matters in the next session when he connected with a straight left to the stomach, dropping Barroso to both knees. Raul Caiz Sr. counted him out at 1:06.

Akhmedov, who is trained by Joel Diaz and is ranked No. 8 by the WBA, improves to 5-0, 4 knockouts. He is managed by Vadim Kornilov.

Featherweight John Leo Dato knocked out Michael Gaxiola (4-16) at 1:47 of the fourth round. Dato dropped Gaxiola once in Round 2 and again in the fourth to improve to 6-0-1, 4 KOs.