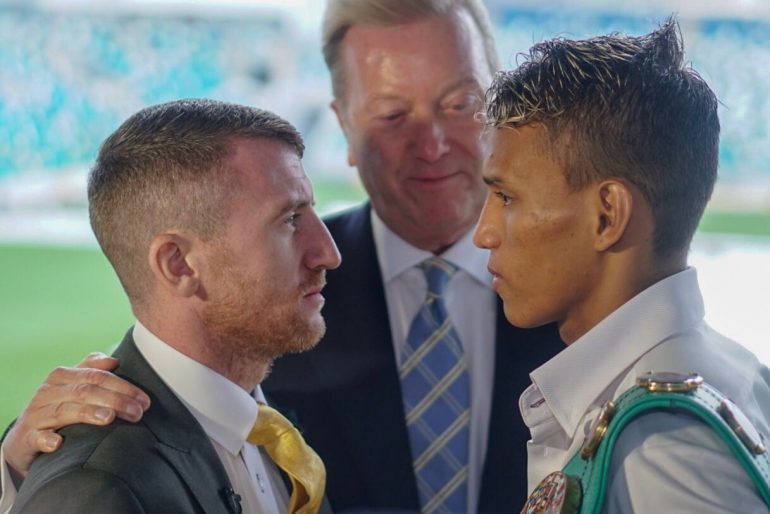 It was just too much too soon for the home fighter.

Cristofer Rosales scored a fourth-round stoppage over local favorite Paddy Barnes to retain his WBC flyweight title at Windsor Park stadium in Belfast, Northern Ireland, on Saturday. The official time of the stoppage was 3:00.

Rosales, who is rated No. 5 by The Ring at 112 pounds, nailed the former amateur star with a stunning right hand uppercut to the solar-plexus. Barnes, who had only contested five professional fights coming in, was in agony and there was no way he was going to beat the count.

This was a speed versus power match. Barnes got off to brisk start, using fast bursts in the opening round. However, one strong combination from Rosales landed with authority and it had an immediate effect. That was an ominous moment for Barnes considering the fight was seconds old.

Rosales was so much bigger and when he put the foot down in the second, the challenger was forced to punch back. There was only going to be one winner in that argument and the knock out blow was world class.

The 23-year-old Rosales (28-3, 19 knockouts) has put a string of setbacks behind him to emerge as world champion. The Nicaraguan puncher was outpointed by Keyvin Lara, Kal Yafai and Andrew Selby at various stages of his six-year professional journey but bounced back with a Cinderella victory over Daigo Higa in April.