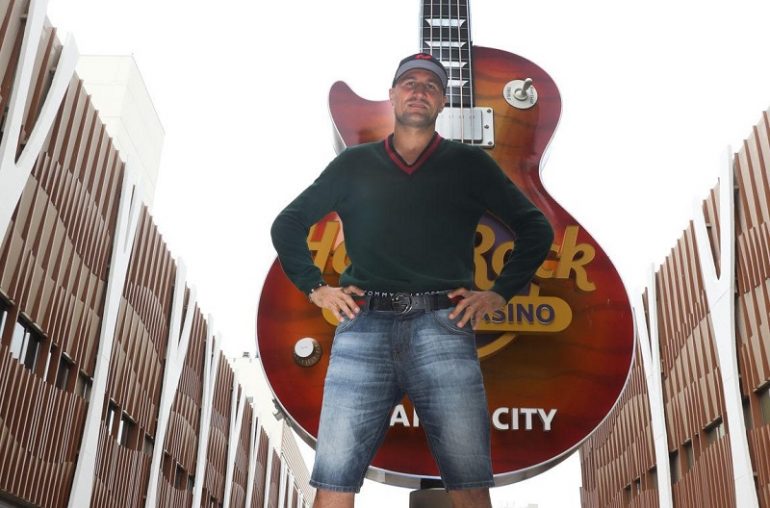 At one time, Atlantic City was a Mecca of boxing, where all of the cool kids would gather to see the big fights. This East Coast seaside resort town was once the home of the Mike Tyson-Michael Spinks mega-fight and where Evander Holyfield battled George Foreman. Arturo Gatti almost singlehandedly revived it in the 2000s and it once competed with Las Vegas for the biggest fights on the planet.

The days of competing with Vegas may be gone but the tiny city is making a comeback of sorts. Two weeks ago, Atlantic City hosted WBO light heavyweight titlist Eleider “Storm” Alvarez’s shocking seventh round knockout upset of Sergey “Krusher” Kovalev and, though Alvarez was the bigger winner that night, the Etess Arena at the Hard Rock Hotel & Casino and Atlantic City tied for close second.

Now another nationally televised card will be hosted in Atlantic City, this Saturday, when “Top Rank Boxing on ESPN” comes to the Ocean Resort Casino (formerly known as the Revel), with an eight-bout card, headlined by Philadelphia’s Bryant “By-By” Jennings (23-2, 13 knockouts) in a 12-round heavyweight fight against Alexander “Sascha” Dimitrenko (41-3, 26 KOs).

With the legalization of sports betting throughout the country, the prevailing thought is that boxing could be an attraction to Atlantic City again. But Hall of Fame promoter Bob Arum has a surprisingly different take.

“Atlantic City has been one of the primary boxing towns throughout my boxing career,” Arum said. “We had one time in the 1980s, three shows on three different networks, in one weekend. Atlantic City always was a great, great market for boxing.”

Why was there a drop off in A.C. fights over the last decade?

“You should ask why there was a drop-off in Atlantic City business during that period,” Arum countered. “The place was down the drain. Other than the Borgata, which was on the island, and maybe the Tropicana, the places there were non-functional. They were doing very poorly and they had to do whatever they could to keep their head above water. They, therefore, weren’t concentrating on attractions like boxing.

“No, I don’t think (legalized gambling) has anything do to with the recent move at all. I think what happened was, (things turned around) when the south end of the Boardwalk, the Hard Rock bought the old (Trump) Taj Mahal out of bankruptcy and refurbished it and made it an upscale property. The Ocean Resorts, with Bruce Deifik, purchased the Revel, which was in bankruptcy. That place is absolutely spectacular.

“I’m very thrilled to be here. Between Ocean Resorts and Hard Rock, I think boxing will have a renaissance in Atlantic City. I would like to get in one more show into A.C. by the end of the year, possibly in October or November. There is definitely a chance we can get a big-time fight in Atlantic City. The Hard Rock experience was a good one for Main Events, even though the result was bad in Kovalev losing.

“We look forward to a tremendous experience on Saturday night at the Ocean Resort. The future looks bright now for Atlantic City.”