Canelo Alvarez: I will work Golovkin from the start of the fight to get the KO 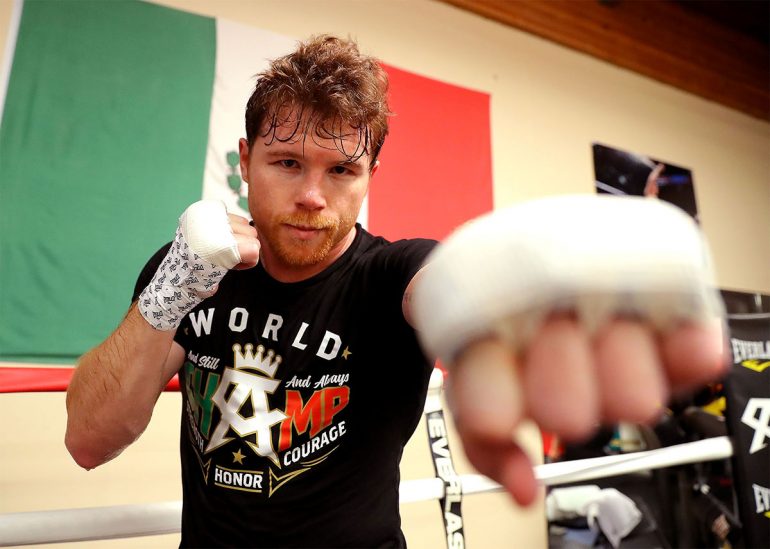 Thirty days away, and Canelo Alvarez on a Wednesday conference call acted much in the same way he does in the ring – calm, measured, resolute, firm and confident. He’s not one to get hysterical, lose his head, or let passion get in the way of analysis and execution.

That is not to say there wasn’t a certain expertise at salesmanship on display. The 28-year-old Mexican star, who fought to a disputed draw against Gennady Golovkin last September, has people cautious about the Sept. 15 rematch at T-Mobile, and that much more curious, with his talk of craving a KO of the Kazakh. 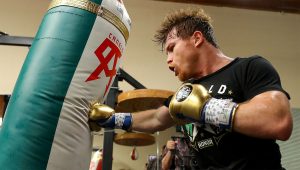 “From the beginning, I will work him to get that KO,” said Alvarez (49-1-2, with 34 KOs), joined on the call by Golden Boy bossman Oscar De La Hoya. “That’s what I’m training for and I’m mentally prepared to do that. Obviously, I want to win by knockout and for my hand to be raised.”

Now, outside looking in, wearing the media hat, I’m inclined to take statements with grains of salt, let the action play out before it is determined that pre-fight talk isn’t more bluster or obfuscation than actual offering of game plan. Do I expect Canelo, a savvy customer whose skills have grown a leap and a bound since he got schooled by Floyd Mayweather in 2013, to come out guns a blazing and recklessly seek to remove GGG’s head from his shoulders? I do not. I think smart pugilism, with a bit more volume, more patches of flurrying, could gain him that desired “W.”

“I thought Canelo fought a beautiful fight (Sept. 16, 2017), he fought his fight. I had him up two points. Canelo knows how to make adjustments. Unlike GGG, who only fights one way and that’s coming forward.”

To be certain, Canelo evinces no love for the unified middleweight titleholder, or his team, lead by trainer Abel Sanchez and promoter Tom Loeffler.

“With all the crying from GGG’s team and their accusations all the respect was lost,” the pugilist told media. Further, he labeled GGG’s power as respectable, but nothing more than that.

Alvarez has said he’s not keen to re-litigate the PED/clenbuterol kerfuffle, but he did admit the chatter has affected him.

“I’m very bothered and angry by their accusations,” he declared. “But I am going to use it in my favor to train harder and use that anger intelligently on Sept 15.”

Some thought-bullets as we tick down, a month away:

—Canelo said a year off won’t mess with him. We shall see how his timing is after 12 months away…

—A win would be sweet revenge, proof positive, to most I think, that he is a clean fighter and wouldn’t need an enhancement to get the better of GGG. His motivation tank has to be filled to the brim.

And you, readers…how do you see this middleweight mashup one month out?