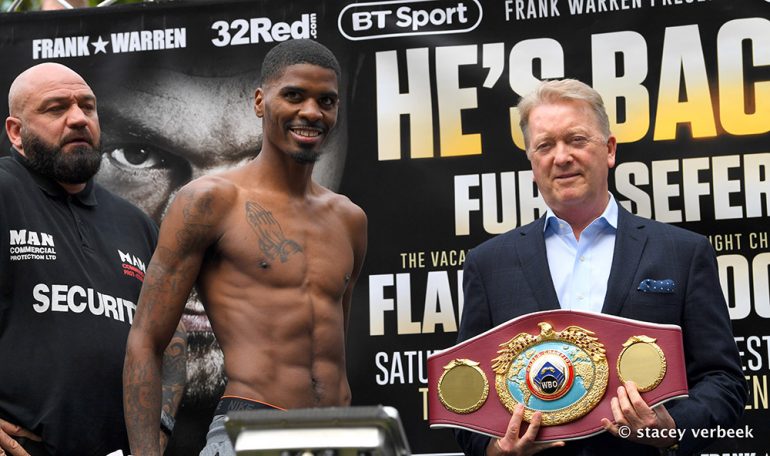 Alex Saucedo will enjoy the comforts of home when he fights for his first world title.

His promoter, Top Rank, won the purse bid Tuesday and plans to stage the junior welterweight title bout between Maurice Hooker and Alex Saucedo on either November 16 or 17 in Oklahoma City. Top Rank’s bid of $1.625 million secured Bob Arum and Co. rights to the fight, and it will be streamed on an ESPN platform from Chesapeake Energy Arena, home of the NBA’s Oklahoma City Thunder.

The 29-year-old Dallas native won the title in June with a mild upset decision victory over Terry Flanagan. That bout took place in England, and Hooker will travel to his opponent’s home turf once again.

“I’m very excited to defend my world title on a national platform and show the world what I bring to the ring,” said Hooker (24-0-3, 16 knockouts). “I feel like this is my time – I’m hungry, I’ve been working hard and I’m ready to make Alex Saucedo my next victim.”

Saucedo (28-0, 18 KOs) burst onto the scene in June with a thrilling seventh-round stoppage victory over Lenny Zappavigna. The 24-year-old native of Mexico was badly hurt earlier in the bout, but rallied in a bloody war that established his footing as one of the sport’s most reliable action fighters.

The win also made him the No. 1 contender to the WBO’s 140-pound title, and he’ll now fight at home again, but this time, he’s the headliner.

Saucedo, who is trained by Abel Sanchez, likes to apply non-stop pressure, but now he’s stepping up in class against an athletic boxer in a 50-50 fight.

With the majority of the other top 140-pounders entered in the World Boxing Super Series, whoever emerges victorious figures to meet Jose Ramirez (promoted by Top Rank) in a unification fight early next year, provided he gets past Antonio Orozco on September 14.