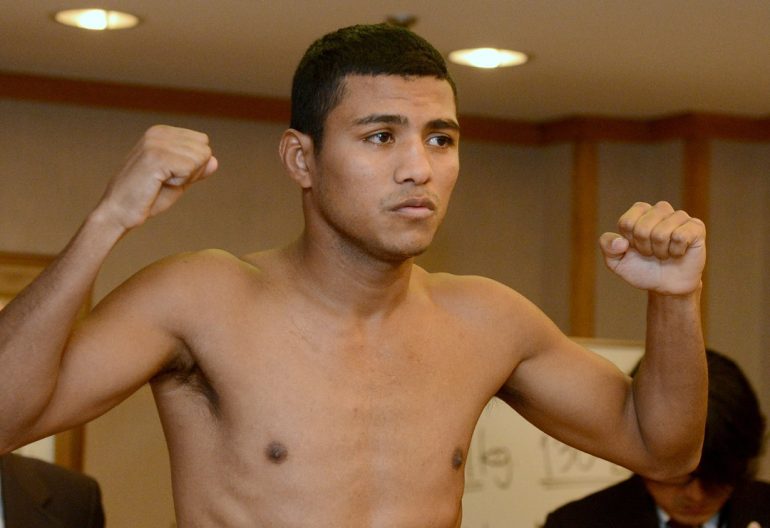 Gonzalez, who is rated No. 5 by THE RING at junior bantamweight, is out to prove he is still an elite fighter when he faces Moises Fuentes on Sept. 15.

The 10-round bout will take place at the T-Mobile Arena in Las Vegas and will precede the rematch between Canelo Alvarez and Gennady Golovkin as part of HBO’s pay-per-view undercard.

Gonzalez (46-2, 38 knockouts) has not fought since he was knocked out in the fourth round by Sor Rungvisai on Sept. 9 in Carson, California. That fight came almost six months after the former pound-for-pound No. 1 lost a controversial 12-round majority decision to the Thai fighter.

The 31-year-old Gonzalez, who is a cultural icon in his home country of Nicaragua, believes he can win still another world title.

“It’s a great opportunity for me to fight again,” said Gonzalez, who was in the Los Angeles suburb of Inglewood to promote the ‘SuperFly 3’ card. “We’re looking forward to training very hard for this fight. We are fighting a Mexican, but we will work hard to have our hand raised in victory.”

Gonzalez is widely considered the reason why HBO has broadcast lower weight-class fight cards in recent years, including the “SuperFly” shows. Including the Sept. 15 telecast, Gonzalez will have fought seven times on the HBO network.

A victory over Fuentes could put Gonzalez in a position to challenge one of the world titleholders at 115 pounds and set up rematches with Sor Rungvisai or Juan Francisco Estrada in 2019.

Fuentes (25-5-1, 14 KOs), who resides in Mexico City, was knocked out by then-WBC flyweight titleholder Daigo Higa in his last bout on Feb. 4. The experienced boxer-puncher also challenged for a world title at 108 pounds, losing to then-WBO titleholder Kosei Tanaka.

The 30-year-old Fuentes did win the WBO strawweight title seven years ago, defeating Raul Garcia by split decision. He also fought Donnie Nietes to a draw in March 2013 but got knocked out 15 months later in the rematch.