Joseph Diaz Jr. coming off first defeat but more confident than ever ahead of Jesus Rojas bout 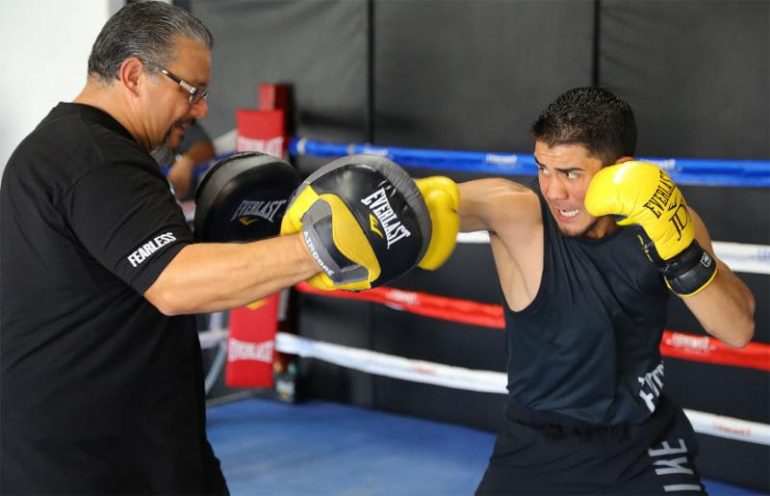 Sure, he was counted as a considerable underdog. After all, Gary Russell Jr, had long been one of the sport’s elite fighters, with his blend of power and uncanny hand speed.

None of that mattered to Diaz, who told anyone who would listen that he was walking out of Russell’s hometown with the WBC featherweight title.

The bout didn’t go according to plan. Diaz was no match for Russell, and he dropped a wide decision when they met in May. Now, Diaz has another opportunity to prove himself against a top-10 featherweight, albeit one who isn’t in the same class as Russell.

Diaz (26-1, 14 knockouts) faces Jesus Rojas on Saturday in Los Angeles (9 p.m. ET, Facebook Watch) for the WBA “regular” featherweight title (a belt The Ring doesn’t recognize), and the 2012 Olympian believes the loss only made him a better fighter.

“I’ve watched the tape about 100 times. I looked at all the mistakes I made,” said Diaz, The Ring’s No. 8 featherweight. “I saw that if I would have just been more aggressive, started off earlier and used my jab that the outcome would have been different. I would be world champion right now.

“Things didn’t go as planned, but it was a lesson learned. I have the opportunity to fight for a world title again, and I can’t let this opportunity get past me. I’ve been training my butt off, and I’m going to walk away with the title around my waist.”

Rojas figures to present a style that Diaz will be better-suited to contend with. The 31-year-old Puerto Rican likes to plow forward and unload with shots to the body, just like Diaz. Their propensity for fighting on the inside figures to make for plenty of action, and that’s what Diaz likes.

He tried to break down Russell but he was a step too slow. And he had never faced a top-10 featherweight, nevermind a talent the likes of Russell. Rojas is rated No. 9 by The Ring and is coming off his career-best victory, a stoppage of Claudio Marrero in September.

Diaz is once again in tough, but with 12 championship rounds under his belt, the 25-year-old from Southern California figures to be better prepared for the spotlight and the adjustments necessary to win a big fight.

“I have a whole different mindset. … On August 11, I will become world champion,” Diaz said. “Jesus Rojas is a dangerous fighter. He’s coming off two great wins and stopped both of them. He constantly applies pressure and has great conditioning. He’s going to keep on coming forward.

“My father and I know what he’s capable of and what he’s going to do. We’re working on my conditioning so that I do not get tired and so that I can be very active, throw a lot of shots and engage when he engages. It’s going to be an action-packed fight.”