Tyson Fury: ‘I sparred Pianeta when he was 26 and 0. He is a good opponent – very good’ 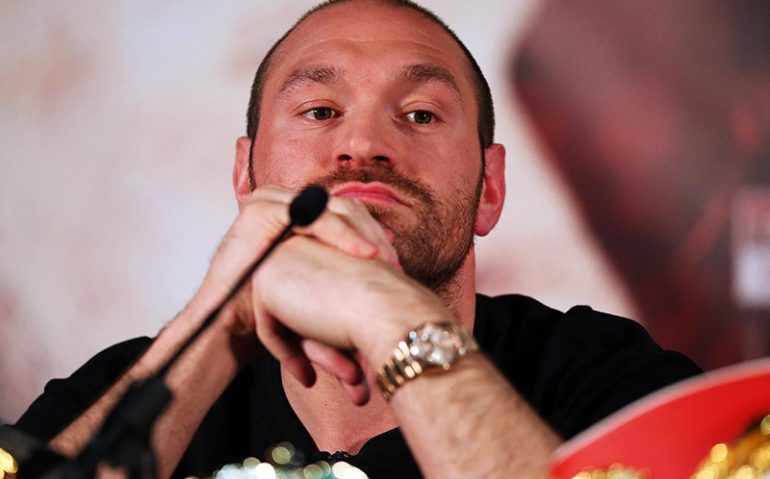 Former heavyweight champion of the world Tyson Fury is heading into comeback fight number two at Windsor Park in Belfast on August 18 and he insists his opponent, Francesco Pianeta, should not be underestimated.

Fury, who still retains status as lineal champion on the basis of a November 2015 decision victory over Wladimir Klitschko, scored a fourth-round stoppage over the unheralded Sefer Seferi in June.

The enigmatic Englishman wasn’t even remotely tested in that bout, but Pianeta is a completely different proposition. The Germany-based Italian is 6-foot-5, roughly 245 pounds, southpaw and he’s a former world title challenger.

“Pianeta is just one win away from being back right there among the best,” insists Fury. “Everybody brings their A-game when they face me. They know it’s a lottery win if they can beat me.

“I sparred with him in Germany when he was 26 and 0. He was tough, strong and he is a good opponent – very good.”

The 33-year-old Pianeta (35-4-1, 21 knockouts) lasted six rounds with Klitschko in May 2013. There is no doubt that he’s a step-up from the Seferis of the world, but that doesn’t mean he can test Tyson Fury. Pianetta was blasted out in a single round by Ruslan Chagaev in July 2015 and American veteran Kevin Johnson stopped him in seven last year.

With that said, Fury isn’t cutting any corners in camp because a loss here derails plans to face WBC heavyweight titleholder Deontay Wilder at the end of the year.

“I’m training hard in the gym every day,” said Fury. “I’ve had no time off since the last fight. I’m getting in great shape and I’m really focused on my job.

“Time is flying and it does when you’re having fun. I have a great team around me and we have got everything bang on. I’ve never, ever been this happy with my training and routine.”