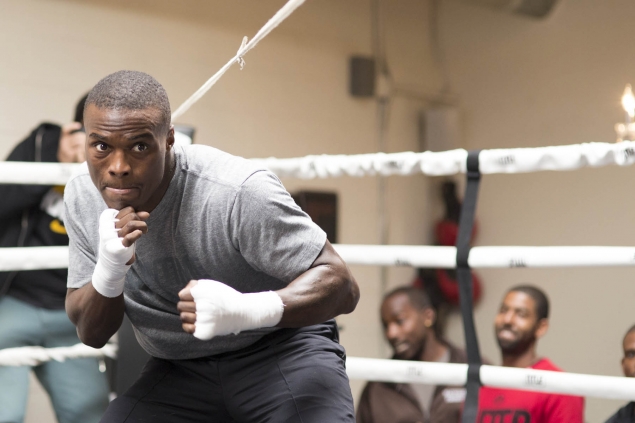 The former WBO middleweight beltholder was successful in just his second fight in three years, outfighting a defensive-minded J’Leon Love to a unanimous decision on Saturday night at Nassau Veterans Memorial Coliseum in Uniondale, N.Y.

The scores were 99-91 on one card and 98-92 on the other two, all for Quillin, who had been mostly inactive after his 2015 first round knockout loss to Danny Jacobs.

It was an easy win for Quillin (34-1-1, 23 knockouts), though the unambitious effort put forth by Love (24-2-1, 13 KOs) did nothing to answer the question about how much Quillin has left in the tank at age 35. Quillin pushed forward all night, though without the cover of jab, barreling forward with hard, wide-swinging shots which pushed Love into a shell.

The lack of activity from Love compelled Quillin to look elsewhere for a confrontation as he turned at various points in the fight to trash talk Love’s corner and Love’s promoter Floyd Mayweather Jr., who was seated at ringside.

The most exciting round of the fight was the eighth, when Quillin opened up with a 10-punch assault on the ropes which had Love in trouble. It was at this point Love began to open up, if only to keep Quillin off of him and capitalize on any fatigue from the explosion.

“A lot of people think that J’Leon has no chin, and it put some pressure on me to throw the perfect punch. I reset myself a little bit after the flurry in the eighth round,” said Quillin.

The fight switched back to neutral for the final two rounds, with Quillin landing a decent check hook at the final bell.

Quillin, who grew up in Grand Rapids, Mich., relocated back to New York City to be with his wife and two kids four months ago after being based in California for the previous two years.

Quillin told The Ring before the fight that he had struggled with depression and suicidal ideation in recent years before making changes to his life and rebounding.

He is now trained by Aureliano Sosa after spending time under the tutelage of Virgil Hunter, and will be competing as a super middleweight.

“Only time will tell what comes next. This fight was a measuring stick to see where I’m at. We’ll go back and manifest what we did wrong and see what’s next,” said Quillin.

To cap the night off, “Kid Chocolate” brought back an old ritual as he threw pieces of chocolate candy into the crowd.

“I learned a lot from the fight against Mikey Garcia. My defense has improved and overall I’m happy with this performance,” said Lipinets, a former IBF junior welterweight titleholder.

“If somebody saw any flaws in my performance today, then step up and take the fight against me.”

The main event will pit Andre Berto versus Devon Alexander.