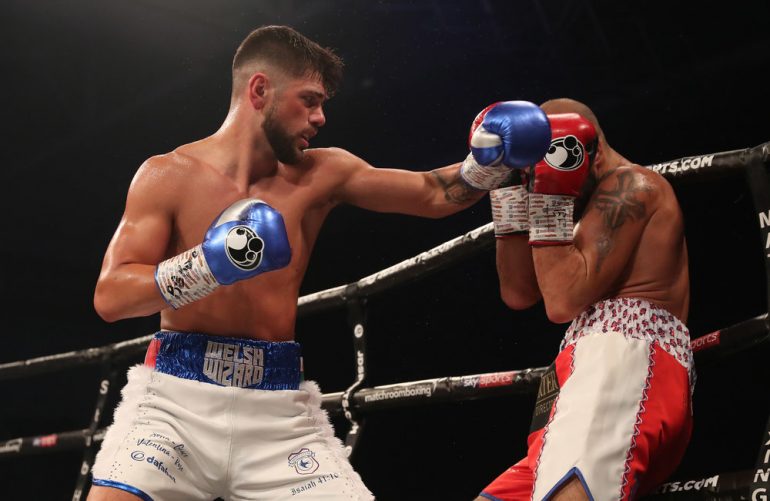 Former amateur star Joe Cordina captured the vacant Commonwealth lightweight championship by posting a dominant 12-round decision over popular veteran Sean Dodd at the Ice Arena in Cardiff, Wales. The official time scores were 120-109, 119-109 and 117-112.

The 26-year-old Cordina took center ring early and fired out a powerful jab which immediately got Dodd’s respect. Whenever the older fighter did attempt to close the gap, he was nailed by sharp counters from the Welshman that were felt and not seen.

Dodd, however, is a durable warrior and he was never going to just linger and absorb a hammering. In the third, he caught his man with a nice counter left hook and had sporadic success on the inside with the uppercut. His flashier opponent responded well, though, and mixed up his attacks to head and body.

Cordina (8-0, 6 knockouts) was also exceptional defensively and as the fight wore on, Dodd found it harder and harder to locate the target. The Englishman’s frustration was multiplied by the fact that he was being made to pay for missing and the punishment was intensifying.

In the ninth, the younger man did seem to switch off for a period and that allowed the more experienced Dodd to have moments of success. But Cordina went into overdrive in the championship sessions, which was extremely impressive given that he had never been beyond the fourth round in his career. 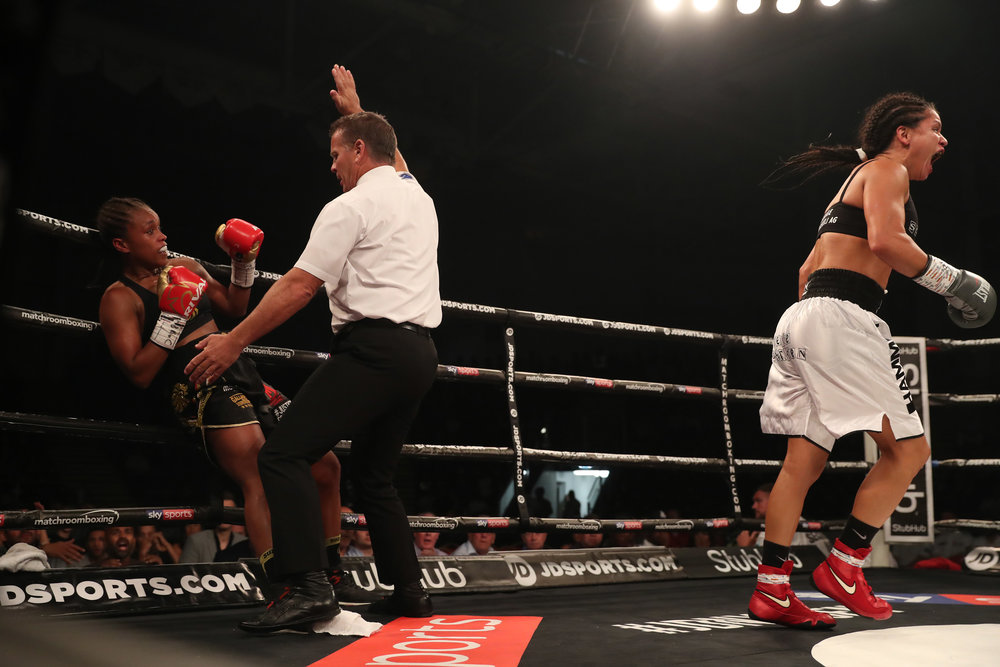 Jonas defeated for the first time in her career. Photo by Lawrence Lustig

Former World Championship bronze medalist Natasha Jonas (6-1, 5 KOs) was shockingly stopped by Viviane Obenauf (13-4, 7 KOs) in the fourth round of a scheduled 10 at junior lightweight.

Jonas, who was under pressure from the start, was floored twice by concussive right hands in Round 3 and the writing was on the wall. Obenauf, a Switzerland-based Brazilian, knocked southpaw Jonas over again in the fourth and was following up with a heavy assault, when the referee’s intervention coincided with the towel coming in from trainer Joe Gallagher. The official time was 1.42.