Peter Quillin had to overcome depression, suicidal thoughts before returning to the ring 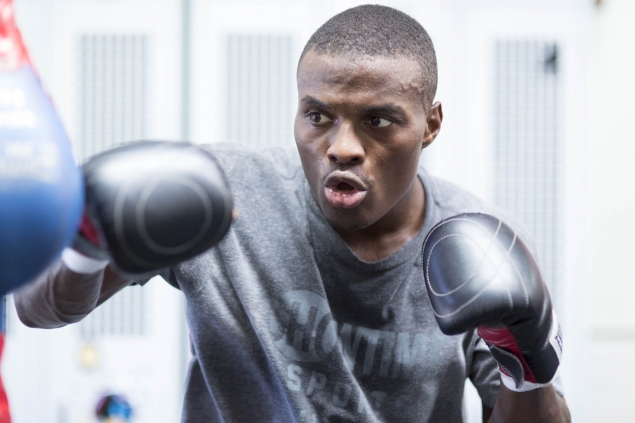 NEW YORK – At his highest peak, Peter Quillin found himself at his lowest.

He had reached the apex of the sport, having won the WBO middleweight title in 2013 and held it for three defenses before losing it on the scales two years later against Andy Lee. The nomad who was born in Chicago and raised in Grand Rapids, Michigan had come a long way from his early struggles after arriving in New York, when he slept on floors and spent nights in homeless shelters as he dreamed of boxing glory.

Surrounded by the fans and hangers-on that flock to successful fighters, “Kid Chocolate” suddenly found himself more alone than ever. The anxiety of not knowing who was genuine and who was there for a free ride sent him into a deep depression which had him contemplating suicide as a means of escape.

“It was so [damaging] to know that people won’t look at you like a real person; they’ll look at you like a dollar sign. Could you imagine everybody coming to you asking you for help to get them out of their financial troubles? ‘Cuz, my lights about to be turned off. Cuz, I’m about to lose my car. Yo cuz, you’re helping your friends out, why don’t you help your family out?,’” said Quillin (33-1-1, 23 knockouts).

“Where were you when I was sleeping on somebody’s floor and I had nowhere to go, or I didn’t have food in my stomach? Where were y’all at then, but now you want to support me? That’s what made me real depressed is seeing people saying they support me when the time I really needed them was those times when I was living in a homeless shelter.”

It was in this mindset that Quillin faced Danny Jacobs in his biggest fight in December of 2015 in Brooklyn. He recently told the Premier Boxing Champions website that the fight was over before he had stepped in the ring, and it was merely a matter of formality when Jacobs stopped him 85 seconds into the fight.

Would he ever fight again? It’s a question which Quillin admits to asking himself afterwards. Retirement would seem premature at that point for a fighter in his early 30s, who had been one of the top 160-pounders in the world prior to his first ever defeat. Seeking answers, he spoke with Sugar Ray Leonard, a man who could relate to struggling with the question of whether or not to hang up the gloves.

Quillin was off for 21 months before he returned against Dashon Johnson last September in a unanimous decision victory, and will have been off for another eleven months by the time he steps back into the ring this Saturday, August 4 against J’Leon Love at Nassau Coliseum on the PBC on Fox card headlined by Devon Alexander-Andre Berto.

Quillin is competing as a super middleweight now, but he’s changed a lot more in his life than just his weight class. After two years away from his family while he lived and trained in California with Virgil Hunter, Quillin returned to New York  this past April to work with Aureliano Sosa, whose notable other fighters include Chris Colbert and his son Julian Sosa.

With a son turning four this month and a daughter who is about to be two in December, Quillin didn’t want to miss any more milestones.

“It was just new to be able to train at home with my family, I didn’t know how that was gonna go. It played out pretty good for this fight and I feel like it was just a good camp,” said Quillin.

He’s also gotten right with God, turning to scripture for answers after finding frustration in seeking solutions from those who had his ear in the past. Quillin cites 1 Corinthians 15:57 (“But thanks to God, for he gives us the victory through our Lord Jesus Christ!”) as a personal favorite verse.

“I’m very bold when it comes to God, professing my faith, so I had to get out of those dark times. You see people put bandaids on their wounds, that’s like going out and having a drink to not think about their problems, or going out and doing drugs to not think about your problems. For me it was very important to be able to express your faith in God and establish my work through being obedient to him,” said Quillin.

Quillin is also different physically than he was as a prospect coming up, when he made a name for throwing Hershey’s Kisses into the crowd, flashing a smile with his removable front teeth, and knocking opponents cold with his heavy right hands. He’s 35 years old now, which is not over the hill, but the shortcuts of yesteryear won’t get it done the way it once did.

To stay in shape during his time off, Quillin boxed a couple of times a week, but also sweated it out with CrossFit, jogging, and pool exercises. He had been expecting to face Love (24-1-1, 13 KOs) in February, and says he’s been essentially training for this fight since January.

At 30, Love is five years younger, but also had his own disheartening loss to rebuild from when he was knocked out in 2014 by Rogelio “Porky” Medina in three rounds. Love has been unbeaten in the seven fights since then, with the lone blemish being a technical draw after eight rounds against Abraham Han last year.

While Love would seem to be the sort of fighter Quillin would typically get past, Love has the advantage of having fought four times since Quillin’s loss to Jacobs, while Quillin has fought just once since then.

“I think honestly it’s a good showcase fight for me. He has a lot more to prove in this fight than I do,” said Quillin.

Quillin has good reason to want to get past this fight. Afterwards he’s heading to Cuba, his father’s native land, for two weeks, and will meet with a sister he had been connecting with over the past seven months. He’s also looking forward to stopping by a Cuban boxing academy while down there, and is hoping to secure dual citizenship.

Another way Quillin has changed is in how he approaches getting fights with other top names in his division. He remembers calling out Sergio Martinez, Kelly Pavlik and Jermain Taylor – all in vain. He figures that his age and inactivity will make him an attractive enough option for the young champs at 168.

“I’m gonna have a lot of people lined up to want to fight. Somebody will try to make their name off my name, so I’m always gonna be available any time for anybody,” said Quillin.

What he has left as a fighter is still to be revealed this weekend. But who Quillin is once the gloves come off is something he understands now better than anyone.

“I had to let people know that I know Peter Quillin, I know who I am, and I needed to stop letting people tell me who I am as a person,” said Quillin.

“I feel like it’s the perfect time to get back in there and put my best foot forward and have all the eyes of boxing on me. I feel good mentally, physically I’m at my strongest. Spiritually I feel even stronger.”