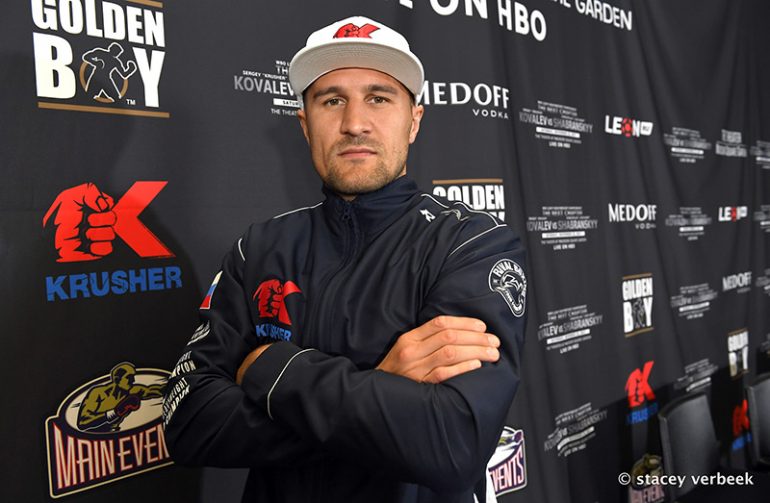 You get the sense that Sergey Kovalev would like to squeeze his eyes shut, make a wish, and that “2” blemish would somehow disappear from his resume. “The Krusher” is 35 now, and the last meaningful fight he had — he lost.

Since being stopped by Andre Ward in the eighth round of their rematch in June 2017, Kovalev (35-2-1, 28 knockouts) has had an ugly parting of ways with longtime trainer John David Jackson and — with new trainer Abror Tursunpulatov in his corner — scored insignificant victories over Vyacheslav Shabranskyy and Igor Mikhalkin, which took Krusher a combined total of nine rounds to complete.

Kovalev’s next fight — this Saturday night at the Hard Rock Hotel & Casino in Atlantic City, New Jersey, on HBO’s World Championship Boxing (10 p.m. ET/7 p.m. PT) — could be a different story. His opponent, Eleider Alvarez, 34, is not Andre Ward, not even close, but he’s someone capable of upsetting the defending WBO light heavyweight titleholder.

And if Kovalev has a goal in mind for Alvarez (23-0, 11 KOs), it’s to return to who he used to be — a seek-out-and-destroy intimidator with an iron pair that not even Andre Ward could break.

“This is a big test for me,” Kovalev admitted. “[Alvarez] is very motivated. He’s hungry. He’s undefeated. It’s not an easy fight and I must be ready for what he will bring. I will say that he’s dangerous. I cannot say whether I can knock him out or get a victory by points. It’s a good fight for the boxing fans. I never said that I don’t want to fight this guy because he’s very strong. I’m ready for everybody. As a champion, as a boxer, I’m ready for anybody. 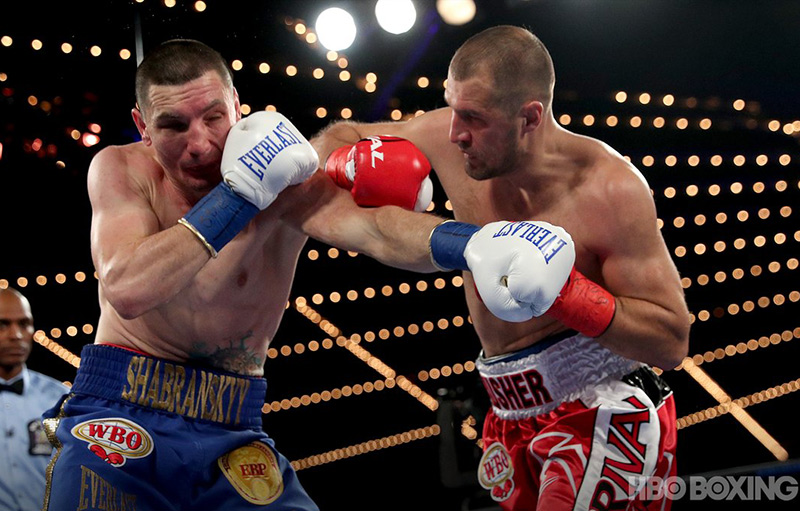 “It’s not the biggest fight in my life, but it’s big for me because it’s the next chapter in my boxing career. Next time, it will be a harder opponent. He’s undefeated, he’s motivated, and he’s hungry. I should be ready for whatever he can bring. I’m building right now in my mind, my head, and my personal championship in my division. In this division, it’s tough.”

Kovalev did take an interesting, subtle jab at his previous trainer, Jackson, when he said, “I got to this point by myself.” He stressed that he and Tursunpulatov “understand each other.”

“We’ve been working together,” Kovalev said. After the Ward loss, “I lost my mind. [Tursunpulatov] gives me the same boxing study since I was 11 years old. It’s very comfortable. We speak the same language. It’s easy. I follow his exact instructions. Before this, I did it with all of my amateur experience to the pros. Before, it was enough. But I spent all that amateur baggage. Right now, I need the help of a coach, and Abror helps me.”

In Oxnard, California, where Kovalev was training, “there are a lot of guys who can help me with sparring sessions,” he said. “It’s close to the ocean with a fresh breeze. It’s just your coach, your training. For me it is difficult to make training camp with family living at home. You always need to go somewhere, or my son wants me to play with him. Here it’s training, nap, training, rest. I train on time, lay down on time, nap on time, and keep working.”

As for what comes after Alvarez, Kovalev reiterated that the focus has been and will be on the Colombian, who lives now in Montreal, Canada, and won a majority decision in his last fight, beating Jean Pascal in June 2017. Kovalev didn’t have much to say about rising light heavyweight star Dmitry Bivol.

“I believe it’s a very, very big fight [for Kovalev], because Alvarez is in a higher category than Shabranskyy and Mikhalkin,” said Kovalev’s manager, Egis Klimas, the reigning two-time BWAA Manager of the Year. “Those two fights were OK to come back. This is a huge test for Sergey’s future.

“Sergey is not coming into this particular fight looking to smash the brains of Alvarez. He’s not coming to knock him out. He’s coming to show the fans and the boxing world he’s still Sergey Kovalev — that he still knows how to box, the way he did with Bernard Hopkins. Anything down the road, he wants to pick up everything coming his way. Right now, that’s Alvarez.”