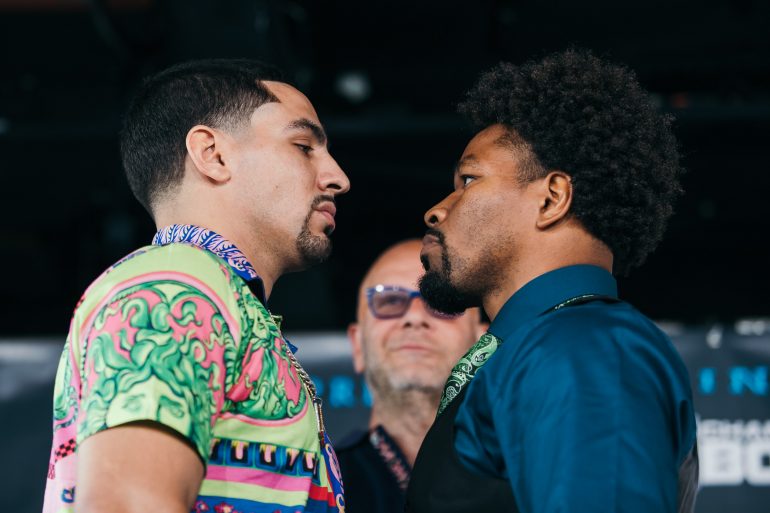 NEW YORK, N.Y. – Danny Garcia usually likes to play it calm. The two-division titleholder usually likes his dad and trainer, Angel, do most, if not all, of his pre-fight talking.

But there was something that Shawn Porter did after “Swift” beat Brandon Rios in February that still irks him. Porter rushed into the ring to challenge Garcia (34-1, 20 knockouts) during the Philadelphia fighter’s post-fight interview on Showtime, stealing from his moment.

So, when their fight for the vacant WBC welterweight title on September 8 at Barclays Center in Brooklyn was announced on Monday, Garcia couldn’t let it go when Porter apologized to Showtime interviewer Jim Gray for the intrusion back in February. 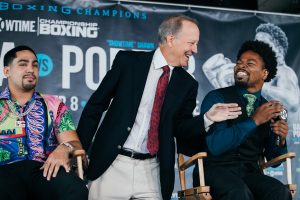 “You don’t have to apologize to him,” Garcia said to Porter.

“Yeah, you do,” Gray interjected.

Porter laughed at the notion that he can’t hurt Garcia.

“He has a lot of holes in his game,” Porter said. “I see [Garcia] doing the robot. That’s his favorite move. When he tries to step forward and punch, it’s like it’s stiff and coordination is not there. When you’re in the ring with me, you need coordination.

Both fighters need this.

Each lost to Thurman. Each is in the heavy welterweight mix with Errol Spence Jr., Thurman and Terence Crawford.

“Garcia is an excellent counter-puncher, so we’re going to keep him off balance and not allow him to get in any kind of a rhythm,” Porter said. “You talk about Danny Garcia having a great left hook, but the same was said when I fought Keith Thurman, and I think I landed more left hooks than Keith.

“He can try and trade hooks if he wants to, or he can try to look for one shot. It’s not going to be there. I think I’m in his head. If I’m not in his head now, I will be.”

Garcia was admittedly angry when Porter stepped into the ring after the Rios fight.

“That bothered me, and we’re here because I’m going to show him that you can’t do that,” Garcia said. “He’s a volume guy, he’s not as strong a puncher as I am. I won’t say it will be easy, but this will be an easy victory.”

“I’ve been working the gym the last five, six weeks for this already,” Garcia said. “I’m a world champion and that’s my belt. I’m going to wear it again.”