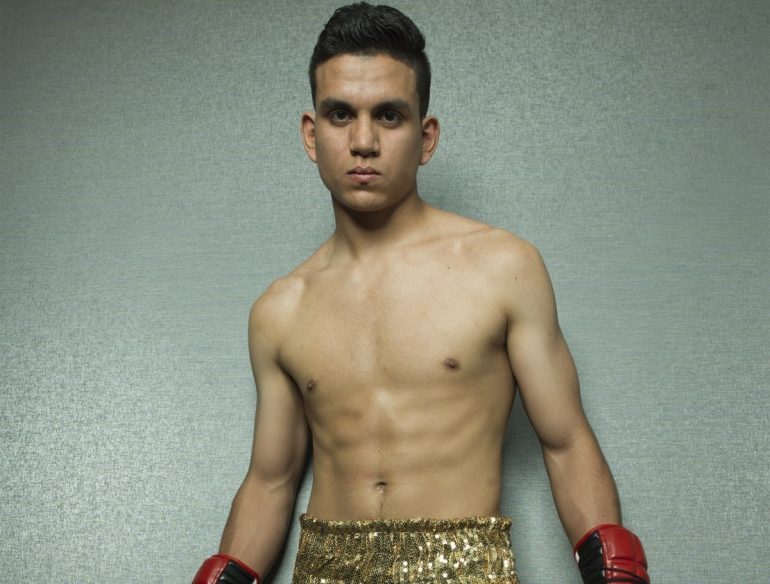 Even at the age of 22, junior lightweight Randy Moreno had seen the cruel side of boxing. He just never expected it to happen to him, especially in a fight he was winning handily.

Moreno was stopped by unheralded Victor Rosas after the fourth round Friday night at the Sames Auto Center in Laredo, Texas.

The taller and more polished Moreno was largely dominant, beating Rosas to the punch and landing numerous combination to the head and body. Rosas did attempt to close the distance, but Moreno countered effectively from the outside.

It was during an exchange with about a minute left in Round 4 where the fight took a turn for the worse for Moreno. The southpaw Rosas (10-8, 4 knockouts) landed a left hand to the head and inadvertently clashed heads immediately afterwards, opening a cut over Moreno’s left eye.

At the end of the round, a ringside physician inspected the cut and told referee Tony Garcia to stop contest. Garcia ruled the cut was caused by a punch, not by an accidental clash of heads which was clearly evident in television replays.

“I was winning the fight,” said Moreno, whose four-bout winning streak came to an end. “He was slowing down. I’m just at a loss of words for what happened.”

Lightweight Jorge Castaneda stopped Carlos Villareal in the sixth round of the co-feature bout.

Villareal, who resides in Las Vegas, and had Floyd Mayweather Sr. in his corner, was the aggressor from the opening bell and put Castaneda on the defensive.

The tactic worked early on, but then Castaneda began to break Villareal down. Buoyed by a hometown crowd, he repeatedly landed right hands to the head of Villareal causing his left eye to swell severely.

Midway through the sixth a barrage of punches stunned Villareal. Hurt, the stricken fighter backed into a corner and attempted to hold, but Castaneda continued to get off, particularly with hooks to the body. Another barrage of punches prompted referee Tom Lindsey to stop the bout at 2:29.

In the opening bout of the beIN Sports telecast, featherweights Jorge Ramos (6-0-1, 3 KOs) and Eric Manriquez fought to a six-round split decision draw.