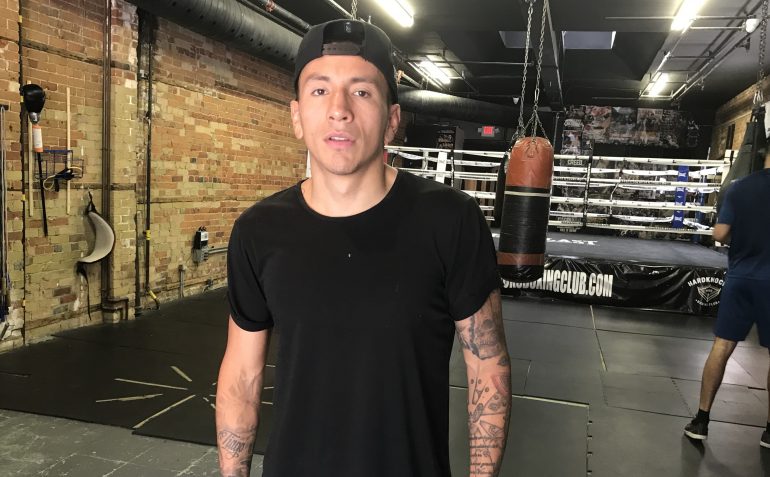 TORONTO – Samuel Vargas is in the opening stages of training camp for his September 8 fight against Amir Khan, having begun preparations this past Monday at the Hardknocks Boxing Club in his hometown of Toronto, Canada.

Vargas (29-3-2, 14 knockouts) will travel to Birmingham, England to face the former junior welterweight titleholder Khan (32-4, 20 KOs), who ended a two-year layoff in April with a 39-second stoppage of Phil Lo Greco.

For this fight, the 29-year-old Vargas has resumed training with his original coach Chris Johnson, a 1992 Olympic bronze medalist, for the first time since his thirteenth pro fight.

This training footage was recorded on Wednesday, July 25 in Toronto.