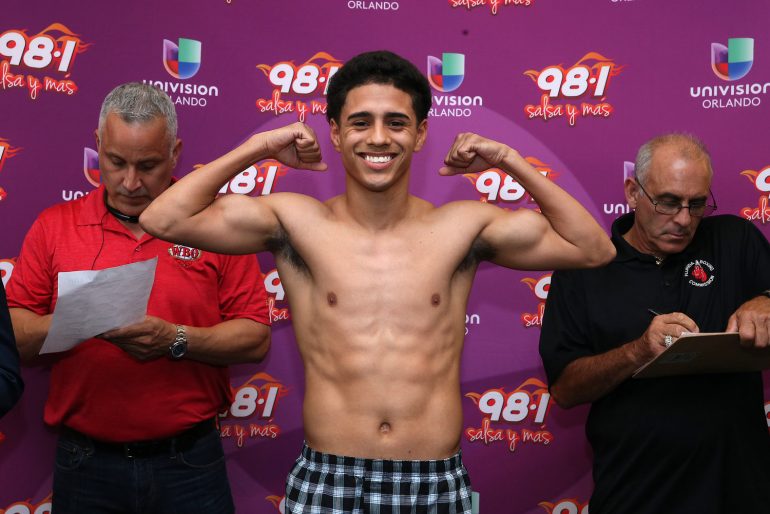 Antonio Vargas is getting a break. It makes the morning runs easier to digest. He knows it. The talented 2016 U.S. Olympian has opted to train at home for his scheduled six-round bantamweight fight this Saturday night at the Kissimmee Civic Center, in Kissimmee, Florida. His fight will take place on the undercard of the Christopher Diaz-Masayuki Ito WBO junior lightweight title bout on Top Rank’s ESPN+ undercard.

Each morning, the 21-year-old Vargas (6-0, 3 knockouts) gets to wake up to his own alarm clock at 5:30 a.m. for his run, instead of being awoken in the middle of the night by his eight-month old daughter Grace.

“She sleeps through the night, and if you ever hear that phrase, ‘Sleeps like a baby,’ well, that’s Grace. She sleeps like a baby,” said Antonio, laughing. “But she’s my motivation now. I want to be able to provide for her and give her the things that I didn’t have growing up. I want to give her everything that I didn’t have in life. My wife [Melody] and I are fortunate. Newborns wake up at all hours. We’re lucky, Grace doesn’t. But Grace is just learning how to crawl, and she goes everywhere.

“Chasing after her is like a workout in itself.”

On Saturday night, in his hometown of Kissimmee, Vargas is hoping he doesn’t have to go chasing around his 31-year-old, stubby Mexican southpaw opponent, Aaron Echeveste Lopez, who has lost two of his last three fights. One came against rising pro and former national amateur standout Ruben Villa. 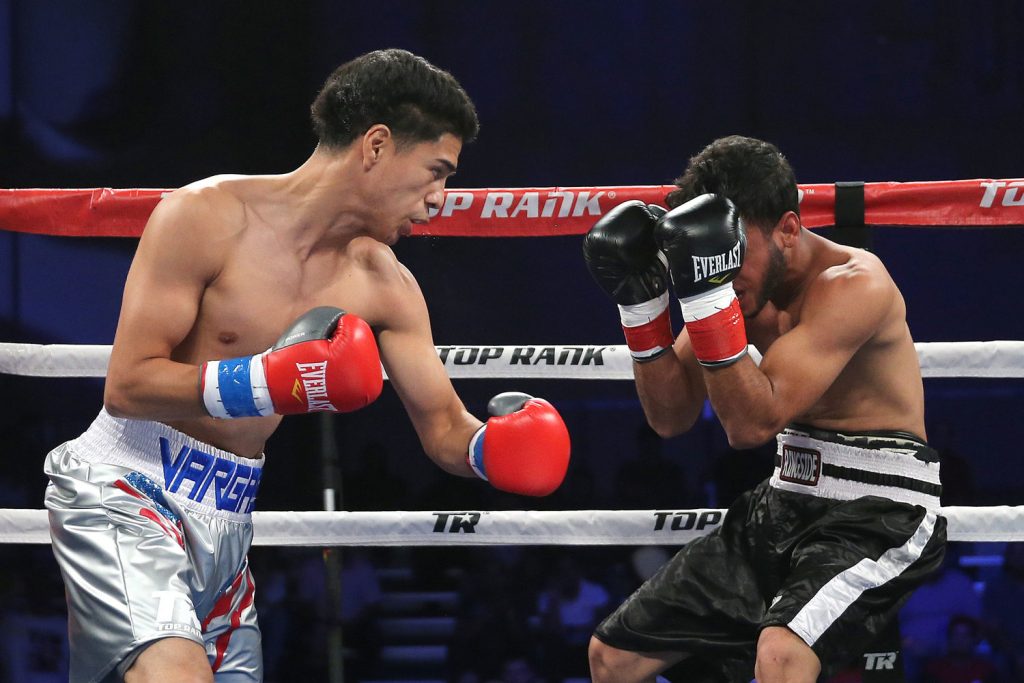 Echeveste (5-2, 3 KOs) and Vargas have a common opponent. Each of them has faced Villa, who won a four-round unanimous decision over Echeveste in November 2016, and who Vargas beat twice in the amateurs.

“I’m looking to outclass this [Echeveste], because I know I can outbox him,” Vargas said. “I want to make him look silly. If the knockout comes, the knockouts comes. I want to shine and I want to look good for Top Rank. I fought in February and I would like to fight definitely one more time before the end of the year, maybe twice.

“Coming into this year, one of my biggest goals is to get more exposure and get on bigger fight cards. I don’t want to look past [Echeveste], but I want to let fight fans know who I am. My first year as a pro, they had me fighting on Florida cards. I want to make a statement and fight better guys to elevate myself and my platform.”

Vargas’ priority shift came on Nov. 21, 2017, when Grace was born. He’s always been committed to boxing, even his wife, Melody, was a fighter.

Being a father at 21 makes taking punches more meaningful.

“It is one of the biggest changes of my life,” Vargas said. “I’m 21, but I have a family to feed. I look at [Grace] and think nothing is going to prevent me from giving her the best life she can have. Boxing is going to provide me the way. Winning fights is leading me there. As a fighter this time last year, everything was new.

“I learned more as a pro, and I learned to settle my pace, to sit down more on my punches. The transition to smaller gloves was another big move. Staying home for training camp was my call. I’ll make the move to Puerto Rico and different states when I begin fighting eight-rounders. It’s good and it’s pretty tough [training at home]. Melody does all of the work when I’m in training.”

So, over these next few days at 5:30 in the morning, Vargas will get up and hit the road again, with no personal alarm clock of a crying baby bothering him—but motivating him for greater things ahead.