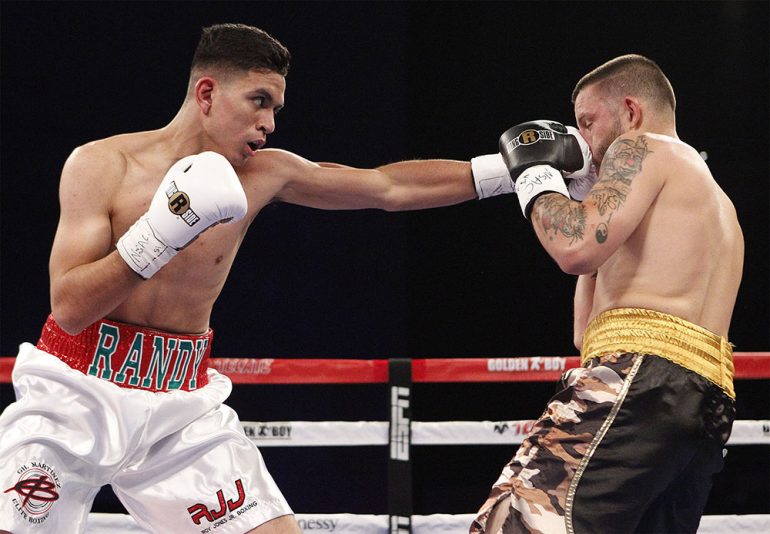 In his most recent bout, Moreno (12-1, 10 knockouts) stopped the previously-unbeaten Jorge Castaneda at the same Laredo venue. The 22-year-old boxer-puncher from Las Vegas has won his last four bouts since losing by knockout to veteran Thomas Madrid in March of last year.

Last time out, Rosas (9-8, 3 KOs) lost a one-sided decision to unbeaten lightweight Jamaine Ortiz on Feb. 23. That was his fourth consecutive defeat. His last victory, two years ago, was a sixth-round stoppage of Ricardo Lamas who was unbeaten at that time.

The aforementioned Castaneda (9-1, 9 KOs) will attempt to rebound from the loss to Moreno when he squares off against Carlos Villareal. Castaneda will have a partisan Laredo crowd on his side and all of his professional fights have taken place at this arena.

Villareal (9-2, 8 KOs), who resides in Las Vegas, has mostly fought as a lightweight and junior welterweight. He won his previous three fights before losing by unanimous decision to Eder Amaro Fajardo on Apr. 7.

Opening the beIN Sports telecast will be a six-round featherweight bout between Jorge Ramos (6-0, 3 KOs) and Eric Manriquez (6-3 1 NC, 3 KOs).

Francisco A. Salazar has written for RingTV.com since October 2013.He can be reached by email at [email protected] or on Twitter at FSalazarBoxing