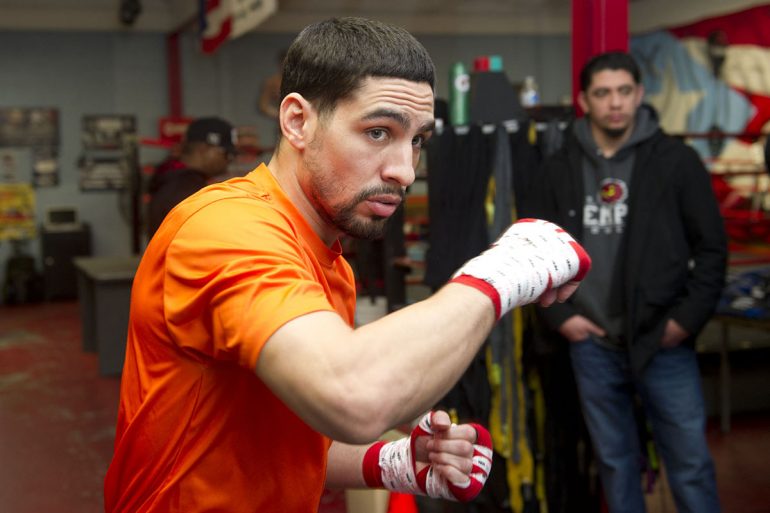 Shawn Porter has lobbied for a fight with Danny Garcia for some time, and now he’s got it.

The Ring previously reported that the vacant welterweight title bout would take place on September 8 at Barclays Center in Brooklyn, New York, and on Tuesday, the fight was finally officially announced by Showtime, which will televise the bout.

Both Porter and Garcia are former welterweight titleholders who were defeated by Keith Thurman, and he’s the reason they’re fighting in the first place. Thurman hasn’t competed since March 2017 while he deals with elbow and hand injuries. To that end, he vacated his WBC belt in April, creating an available title for Garcia and Porter to compete for.

Garcia (34-1, 20 knockouts) returned in February with a ninth-round stoppage of faded former titleholder Brandon Rios. But now, the 30-year-old Philadelphian will step back up to the elite level at 147 pounds.

“I’m excited and motivated to go in there and recapture what’s mine,” said Garcia, The Ring’s No. 6 welterweight. He was outpointed by Thurman in a March 2017 unification title fight. “The WBC title belongs to me. Come September 8, I’m going to prove that I’m the best fighter in the world.

“My loss is behind me and it’s given me a chip on my shoulder to run that extra mile and train even harder. I know that Shawn Porter is not on my level. I’m coming to fight him in the middle of the ring and I’m going to beat him at his game.”

Porter (28-2-1, 17 KOs) has been itching to fight on the big stage since his June 2016 bout with Thurman, a fight of the year candidate that Thurman eked out on the scorecards. The 30-year-old resident of Las Vegas called for an immediate rematch, but Thurman instead elected to face Garcia.

In the meantime, Porter scored a stoppage win over Andre Berto and then outpointed Adrien Granados in November. Finally, he’ll get another taste of the spotlight.

“I’m going to force Danny Garcia to fight me, to be uncomfortable and to do things he’s not used to doing in a fight,” said Porter, The Ring’s No. 4 welterweight, who lost his title to Kell Brook in 2014. “If Danny comes in being defensive and trying to hold, it may last a while. But if he comes and tries to trade with me and prove something to himself, then it will end fast.

“I think my style will give him problems and not allow him to pace himself. This is going to be an instant classic and I’m going to win and become champion once again.”

The winner of the bout won’t just earn a title. He’ll likely set himself up for a unification showdown with Errol Spence Jr.